Could You Live In This Country? – Cuba (Video)

Posted on January 6, 2021 by ifnm| Comments Off on Could You Live In This Country? – Cuba (Video)

Most of us have access to the basic essentials in life. We take being able to use an ATM for granted, that the trains won’t run out of petrol and be cancelled or that milk will be available in a shop when you visit. But the people of Cuba are not so lucky. They live under a different system and to be honest, it’s not working out well for them…So tell me, could you handle live under that system?

Comments Off on Could You Live In This Country? – Cuba (Video)

More than 100 UN peacekeepers ran a child sex ring in Haiti. None were ever jailed

Posted on January 16, 2018 by ifnm| Comments Off on More than 100 UN peacekeepers ran a child sex ring in Haiti. None were ever jailed

“Imagine if the UN was going to the United States and raping children and bringing cholera,” said one lawyer in Haiti, where UN peacekeepers face hundreds of allegations of child sex crimes.

In the ruins of a tropical hideaway where jetsetters once sipped rum under the Caribbean sun, the abandoned children tried to make a life for themselves. They begged and scavenged for food, but they never could scrape together enough to beat back the hunger, until the UN peacekeepers moved in a few blocks away.

The men who came from a faraway place and spoke a strange language offered the Haitian children cookies and other snacks. Sometimes they gave them a few dollars. But the price was high: The Sri Lankan peacekeepers wanted sex from girls and boys as young as 12.

“I did not even have breasts,” said a girl, known as V01 — Victim No. 1. She told UN investigators that over the next three years, from ages 12 to 15, she had sex with nearly 50 peacekeepers, including a “Commandant” who gave her 75 cents. Sometimes she slept in UN trucks on the base next to the decaying resort, whose once-glamorous buildings were being overtaken by jungle.

Comments Off on More than 100 UN peacekeepers ran a child sex ring in Haiti. None were ever jailed

Posted on January 13, 2018 by ifnm| Comments Off on DML on location: Islanders don’t want the illegal Haitians (Video)

In the video clip, I ask a local islander how he feels about the illegal immigration taking place in his home island. He says he hates it. He doesn’t want the Haitians to enter because he says “they destroy the place, they live in huts and work for peanuts — making it near impossible for legal workers to earn a fair wage.”

I can’t get into specifics, and I will not divulge my location, but in short I have been filming this week for “They Come to America 4.” Believe it or not, the location I decided to film is getting crushed by Haitian illegal immigrants who are destroying what was once a paradise island.

“There are more illegal Haitians than there are native islanders here,” a local told me during my travels in uncovering how illegal immigration takes shape in other areas not far from the USA.

The focus of my investigation was how Haitians are fleeing Haiti and taking advantage of immigration systems that are lax, e.g. the USA. I had no idea when focusing on this aspect of immigration that President Trump would have made the statements he did about Haiti this week. Let me say this, the islanders I am speaking to say Trump is spot on correct.

Comments Off on DML on location: Islanders don’t want the illegal Haitians (Video)

Posted on January 12, 2018 by ifnm| Comments Off on Puerto Rico Orders Probe of Power Gear Stockpiled During Rebuild Effort

Posted on October 19, 2017 by ifnm| Comments Off on FBI Investigates Puerto Rican Officials Distributing FEMA Aid Based On ‘Loyalty’ (Video)

The FBI San Juan Field Office announced Oct. 13 it had received “numerous” complaints that FEMA aid packages were mishandled and fraudulently distributed. The agency is investigating charges in six of the island’s 78 municipalities.

The FBI is investigating allegations that Puerto Rican officials are passing out Federal Emergency Management Agency (FEMA) supplies based on “political loyalty,” according to Congressional letters sent to the head of each department.

“With so many residents still in grave need of basic supplies, it is essential that assistance from the federal government is provided in the most efficient and effective manner possible,” the letters said. “The public’s confidence in the integrity of FEMA’s distribution of emergency supplies is also imperative.”

Posted on October 15, 2017 by ifnm| Comments Off on Double Disaster (Video)

By now you’re familiar with the sights of devastation from Puerto Rico after Hurricane Maria. What you may not know is just how bad things were for the U.S. territory before the storm hit. It’s a story of corruption and waste and—Puerto Rican officials say—a lesson for all of us.

Alberto Martinez was born and raised in Puerto Rico. He recorded these pictures after Hurricane Maria.

Martinez also showed us around Puerto Rico over the summer before Hurricane Maria. For all intents and purposes, already bankrupt.

Alberto Martinez: This is the Ponce de Leon Avenue on Santurce. My school is on this avenue…

A college professor, Martinez is planning to include Puerto Rico’s example in a course at the University of Texas on money and corruption.

Alberto Martinez: Now it’s just a bunch of shut down storefronts with graffiti.

He blames more than a decade of poor tax and business policies, and big banks that convinced politicians to borrow like there was no tomorrow.

Comments Off on Double Disaster (Video)

Posted in Carribean, Economy and Debt

Posted on October 10, 2017 by ifnm| Comments Off on U.S. Prosecutor To Investigate Puerto Rican Officials Accused Of Stopping Aid From Reaching People

She added she also learned from another source on the island that an official was hoarding supplies for residents “who had voted for that person.”

US Attorney in Puerto Rico investigating official who was keeping supplies for "constituents who had voted for them" https://t.co/JgbM8WlRIB

During an interview on WAPA Radio, Rodriguez criticized two officials who failed to deliver needed supplies to their constituents, Metro PR reported.

“This morning we received information from a town on the Island where a person close to the municipal administration was asking one of our federal agents that the supplies that were there could not be touched because they were for his mayor,” said Rodríguez, noting that the case is currently under investigation.

She added she also learned from another source on the island that an official was hoarding supplies for residents “who had voted for that person.”

Posted on October 2, 2017 by ifnm| Comments Off on ‘Inept’ Puerto Rican government ‘riddled with corruption’: CEO

Jorge Rodriguez, 49, is the Harvard-educated CEO of PACIV, an international engineering firm based in Puerto Rico that works with the medical and pharmaceutical sectors. The Puerto Rican-born engineer says he has dispatched 50 engineers to help FEMA rehabilitate the devastated island — a commonwealth of the United States — after Hurricane Maria. He refuses to work with the local government, which he called inept and riddled with corruption.

For the last 30 years, the Puerto Rican government has been completely inept at handling regular societal needs, so I just don’t see it functioning in a crisis like this one. Even before the hurricane hit, water and power systems were already broken. And our $118 billion debt crisis is a result of government corruption and mismanagement.

The governor Ricardo Rossello has little experience. He’s 36 and never really held a job and never dealt with a budget. His entire administration is totally inexperienced and they have no clue how to handle a crisis of this magnitude.

For instance, shortly after the hurricane hit, the government imposed a curfew from 6 pm to 6 am and then changed it. Now, it’s 7 pm to 5 am, and makes no sense. The curfew has prevented fuel trucks from transporting their loads. These trucks should have been allowed to run for 24 hours to address our needs, but they have been stalled, and so we have massive lines at gas stations and severe shortages of diesel at our hospitals and supermarkets.

US slashes Cuba embassy staff, warns Americans not to visit after ‘attacks’

Posted on October 1, 2017 by ifnm| Comments Off on US slashes Cuba embassy staff, warns Americans not to visit after ‘attacks’

In Friday’s travel warning, the State Department said some of the unexplained physical effects have occurred in Cuban hotels, and that while American tourists aren’t known to have been hurt they could be exposed if they travel to Cuba. 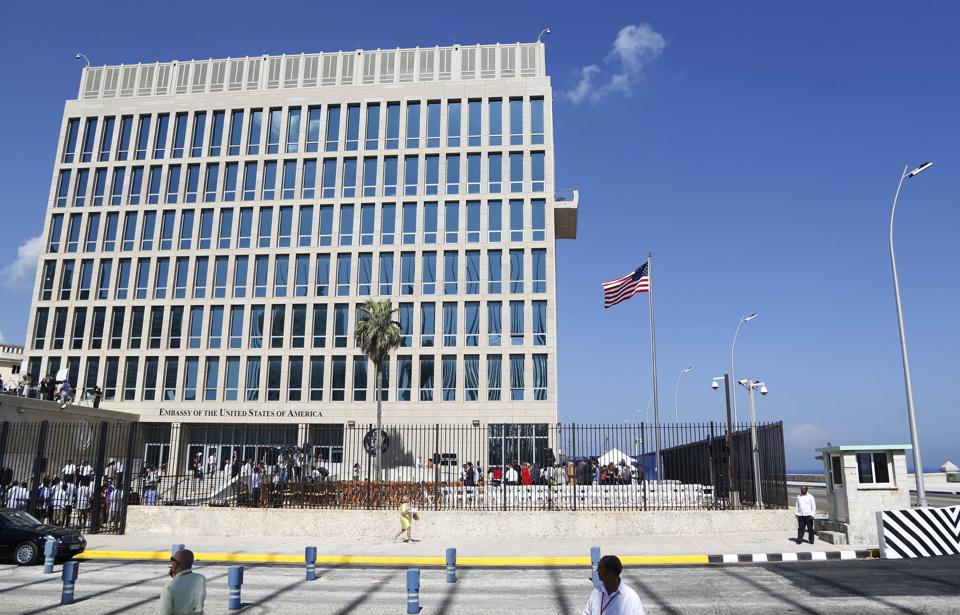 The United States on Friday abruptly warned Americans not to visit Cuba and ordered more than half its Havana embassy personnel to leave the island in a dramatic response to mysterious recent “specific attacks” harming the health of U.S. diplomats.

The actions deal a blow to already delicate ties between the U.S. and Cuba, longtime adversaries who only recently began putting their hostility behind them. The embassy in Havana will lose roughly 60 percent of its U.S. staff, and will stop processing visas in Cuba indefinitely, officials said. Roughly 50 Americans are currently working at the embassy in Havana.

“Until the government of Cuba can ensure the safety of our diplomats in Cuba, our embassy will be reduced to emergency personnel in order to minimize the number of diplomats at risk of exposure to harm,” Secretary of State Rex Tillerson said in a statement announcing the step.

He and President Donald Trump reviewed the options in a White House meeting this week, officials said.

Comments Off on US slashes Cuba embassy staff, warns Americans not to visit after ‘attacks’

Cuban Doctors Revolt: ‘You Get Tired of Being a Slave’

Posted on September 30, 2017 by ifnm| Comments Off on Cuban Doctors Revolt: ‘You Get Tired of Being a Slave’

“When you leave Cuba for the first time, you discover many things that you had been blind to,” said Yaili Jiménez Gutierrez, one of the doctors who filed suit. “There comes a time when you get tired of being a slave.” 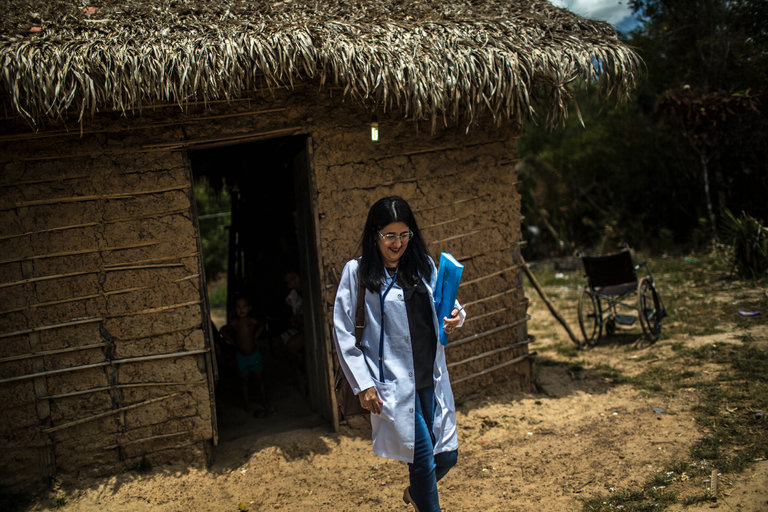 In a rare act of collective defiance, scores of Cuban doctors working overseas to make money for their families and their country are suing to break ranks with the Cuban government, demanding to be released from what one judge called a “form of slave labor.”

Thousands of Cuban doctors work abroad under contracts with the Cuban authorities. Countries like Brazil pay the island’s Communist government millions of dollars every month to provide the medical services, effectively making the doctors Cuba’s most valuable export.

But the doctors get a small cut of that money, and a growing number of them in Brazil have begun to rebel. In the last year, at least 150 Cuban doctors have filed lawsuits in Brazilian courts to challenge the arrangement, demanding to be treated as independent contractors who earn full salaries, not agents of the Cuban state.

Comments Off on Cuban Doctors Revolt: ‘You Get Tired of Being a Slave’