Stars: Chuck Norris, Ron Silver, Steven Keats. A sheriff tries to stop the killing spree of a mute maniacal murderer who, as the result of years of medical experimentation, has the ability to self-heal.

Posted on February 29, 2016 by ifnm| Comments Off on A-Ha – The Living Daylights

Comments Off on A-Ha – The Living Daylights

Texas Across the River – Trailer

Posted on February 29, 2016 by ifnm| Comments Off on Texas Across the River – Trailer 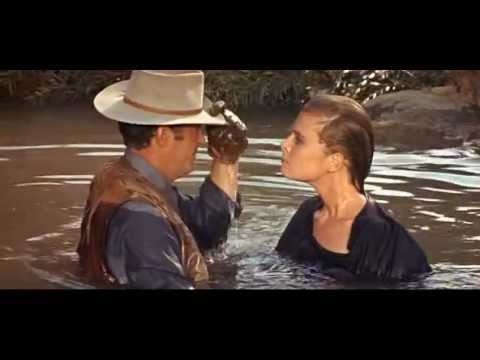 Comments Off on Texas Across the River – Trailer

Displaced Disney Workers: Shame on You Marco Rubio; We Stand With Trump

Posted on February 29, 2016 by ifnm| Comments Off on Displaced Disney Workers: Shame on You Marco Rubio; We Stand With Trump

The Disney workers were introduced at the rally by their attorney who is representing them in their discrimination lawsuit against Disney, Sara Blackwell. In her introductory remarks Blackwell explained, “The thing about Trump that’s different than anybody else is that he can’t be bought. We have a chance to stop this problem in America. It’s got to be by a president and politician where they won’t be bought by Disney’s Bob Iger or by Mark Zuckerberg of Facebook, by all these billionaires who benefit from firing our American workers.” Dena Moore and Leo Perrero were two Disney workers who were informed that they were going to be laid off during the holiday season of 2014. They—along with scores of their colleagues—were told that before they were let go, they’d be forced to train their low-skilled foreign replacements brought in on H-1B visas. Earlier this week, Perrero testified before the Senate Judiciary Committee about the humiliation he was forced to endure by training his foreign replacement. While Donald Trump has called on Disney to hire back all of these workers and has pledged to end H-1B job theft as President, Sen. Marco Rubio has pushed to expand the controversial H-1B program—he has introduced two bills that would dramatically boost the issuances of H-1Bs. As recently as last year, Rubio introduced a bill—endorsed by Disney’s CEO Bob Iger via his immigration lobbying firm—that would triple the issuances of H-1Bs. Disney is one of Sen. Rubio’s top financial backers—having donated more that $2 million according to Open Secrets.

Comments Off on Displaced Disney Workers: Shame on You Marco Rubio; We Stand With Trump

Lauren Southern of TheRebel.Media received an anonymous package in the mail from a concerned, retired teacher who wanted her to help sound the alarm. What she saw shows the extent of the liberal indoctrination inside our schools. 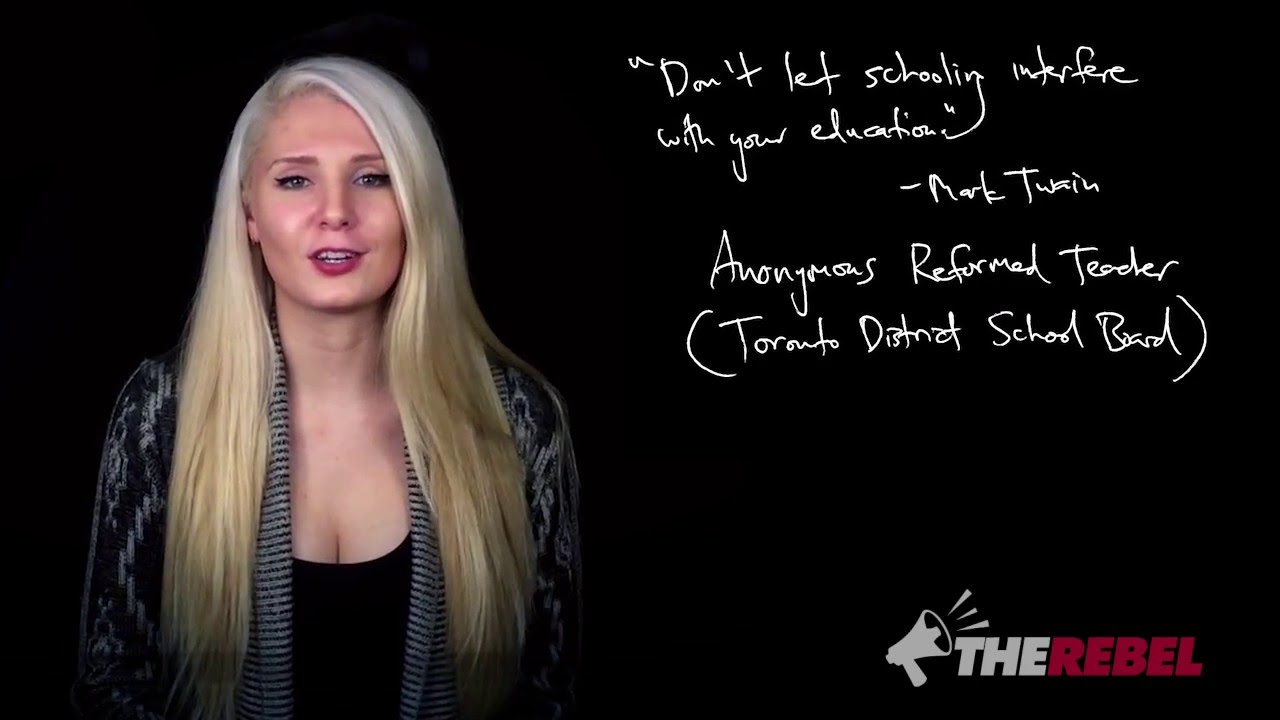 And the Oscar should go to … My childhood hero, John Wayne, said at the 1979 Academy Awards, “Oscar and I have something in common. Oscar first came to Hollywood scene in 1928. So did I. We’re both a little weather-beaten, but we’re still here and plan to be around for a whole lot longer.”

Perseverance and longevity are two of the most admirable human qualities. Some actors epitomize them better than others. I want to talk about one, who I would include among amazing actors like Harrison Ford, Clint Eastwood, Meryl Streep, Kirk Douglas, Sally Field and Denzel Washington.

As news and controversy swirls around which nominees should or shouldn’t win Oscars at this year’s 88th Academy Awards, my wife, Gena, and I were talking about the amazing career and acting abilities of a man who was overlooked over 20 years ago for best supporting actor in one of the finest roles ever. He wasn’t even nominated.

We love Val Kilmer. He has played some amazing roles, like Jim Morrison in “The Doors,” Iceman in “Top Gun,” Madmartigan in “Willow,” Chris Knight in “True Genius,” Simon Templar in “The Saint,” Chris Shiherlis in “Heat,” to name a few.

But Kilmer’s single role that set him apart as well as established a template to measure other performances of the real historical figure was Doc Holiday in “Tombstone.” It also starred Kurt Russell, who equally played an amazing version of Wyatt Earp.

Comments Off on And the Oscar should go to …

Stars: Kirk Douglas, Eve Miller, Patrice Wymore. A Quaker colony tries to save the giant sequoias from a timber baron. 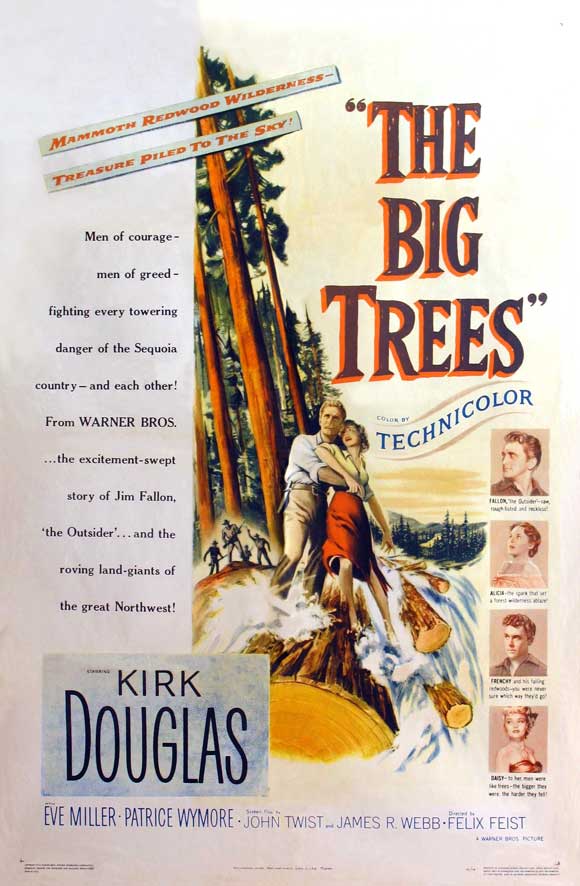 Comments Off on Complete Classic Movie: The Big Trees (1952)

Posted on February 29, 2016 by ifnm| Comments Off on Director John Hillcoat Says The Film Industry Has “Lost Its Nerve”

“The police force is more like a military operation now, while the gangs and Latino cartels use virtually terrorist tactics in their neighborhoods,” Hillcoat said. “Everything’s been ramped up.”

While most of the current Hollywood headlines are focused on the Academy Awards, there were some new movies this weekend, too — including Triple 9, a sprawling crime drama with a cast that includes (deep breath) Casey Affleck, Chiwetel Ejiofor, Anthony Mackie, Aaron Paul, Kate Winslet, Woody Harrelson and future Wonder Woman Gal Gadot.

I spoke to director John Hillcoat before the release about the film, as well as the broader direction of the industry. Hillcoat’s had an interesting career in recent years, directing movies that are neither tiny indies nor big blockbusters — The Road, for example, was a post-apocalyptic drama based on an award-winning novel, with a reported $25 million budget and Viggo Mortenson in the lead.

Hillcoat has described Triple 9 as his attempt to create “a fresh, contemporary, urban thriller,” sort of an update to classics like The French Connection and Heat. The difference, he told me, is that “the stakes are much higher out there on the streets today’ — a reality he tried to reflect in the film, bringing on advisors from law enforcement and putting real-life gang members on-screen.

GOP Presidential candidate Donald Trump held a campaign rally in Madison, AL at Madison City Schools Stadium and spoke to a crowd Mr. Trump estimated at over 30,000 people. Mr. Trump was also endorsed at the event by U.S. Senator Jeff Sessions of Alabama.

The Women in Trump’s Corner (Video)

Posted on February 29, 2016 by ifnm| Comments Off on The Women in Trump’s Corner (Video)

His wife Melania steps into the spotlight, joining his daughter Ivanka.

The possible future first lady, Slovenian immigrant and former model Melania Trump, made a rare television appearance for her husband on the campaign trail and seems to be taking a more active role in the campaign process. And Donald Trump’s daughter, Ivanka Trump, a strong and powerful advocate for the GOP front-runner, has already held the spotlight on his behalf.

The women in Trump’s life belie claims that he is a misogynist. Particularly in the case of the reserved and demure Melania, they soften the rough edges of his public persona.

Poised and confident, Ivanka Trump is a business executive, mom, and all-around success story. She has been a critical part of her father’s campaign as she stumps for him in the early states. The glamorous Ivanka, 34, has an eloquence that her father lacks and is especially crucial in promoting her father’s campaign message among women voters.

Even those who are turned off by Donald Trump can’t deny that he has raised an intelligent and classy young woman.

Ivanka appears to be the powerhouse in the Trump family. She serves as an executive vice president of the Trump organization, has her own jewelry and clothing line, and is the author of the 2010 book “The Trump Card: Playing to Win in Work and Life.” She was selected to introduce her father when he made his formal campaign announcement last June and was touted by him as his leading advisor on women’s health and women.

Comments Off on The Women in Trump’s Corner (Video)