Posted on February 22, 2021 by ifnm| Comments Off on ‘They want to live forever. They want to be gods’

New alarm over Big Tech and ‘ascending the human race’

As Big Tech continues to expand its control over all things on the internet, a new alarm is being sounded over what’s purported to be its next targets: the human body and soul.

The warning is coming from Andrew Torba, the CEO of Gab.com, a free-speech alternative to the likes of Facebook and Twitter.

During an appearance Saturday on “War Room” with former President Trump aide Steve Bannon, Torba, an outspoken Christian, asserted the tech giants are looking at creating a “post-human race.”

‘Where is the line between global business & attempts to control society?’ Putin asks Davos as he calls out power of Big Tech

Posted on January 28, 2021 by ifnm| Comments Off on ‘Where is the line between global business & attempts to control society?’ Putin asks Davos as he calls out power of Big Tech

These events have shown that Big Tech companies “in some areas have de facto become rivals to the government,” Putin said.

Technology giants have become powerful rivals to governments, but there are doubts over the benefits for society of their monopoly positions, Russia’s President Vladimir Putin told the annual World Economic Forum, on Wednesday .

“Where is the line between a successful global business, in-demand services and consolidation of big data – and attempts to harshly and unilaterally govern society, replace legitimate democratic institutions, restrict one’s natural right to decide for themselves how to live, what to choose, what stance to express freely?” Putin wondered.

“We’ve all seen this just now in the US. And everybody understands what I’m talking about,” he added.

Comments Off on ‘Where is the line between global business & attempts to control society?’ Putin asks Davos as he calls out power of Big Tech

Report: Google and Facebook Made a ‘Secret Deal’ to Dominate Online Advertising

Posted on January 19, 2021 by ifnm| Comments Off on Report: Google and Facebook Made a ‘Secret Deal’ to Dominate Online Advertising

The New York Times recently outlined the inner workings of a secret deal between Facebook and Google that allowed the companies to jointly dominate the online advertising market.

In an article titled “Behind a Secret Deal Between Google and Facebook,” the New York Times outlines a secret deal between Facebook and Google related to the online advertising market that the two companies largely dominate.

Facebook revealed in 2017 that it was testing a new way of selling ads online that could threaten Google’s control of the online advertising market, but just two years later Facebook announced that it would be joining an alliance of companies backing a similar effort by Google, seemingly abandoning its own plans that would have allowed the company to better compete with Google.

Facebook never clarified why it seemed to abandon its own project, but an antitrust lawsuit filed by ten state attorneys general last month implies that Google had extended to Facebook a sweetheart deal to be a partner.

Comments Off on Report: Google and Facebook Made a ‘Secret Deal’ to Dominate Online Advertising

Elon Musk: Americans Will Be ‘Unhappy’ with Big Tech as the ‘de Facto Arbiter of Free Speech’

Posted on January 14, 2021 by ifnm| Comments Off on Elon Musk: Americans Will Be ‘Unhappy’ with Big Tech as the ‘de Facto Arbiter of Free Speech’

Tesla and SpaceX CEO Elon Musk has commented on the Big Tech Masters of the Universe and their rampant censorship, saving: “A lot of people are going to be super unhappy with West Coast high tech as the de facto arbiter of free speech.”

The Tesla CEO was responded to a satirical piece by the Babylon Bee, entitled, “Evil Fascist Dictator Censored And Voted Out Of Office.”

“A lot of people are going to be super unhappy with West Coast high tech as the de facto arbiter of free speech,” wrote Musk.

“West Coast high tech has to make the distinction between banning hate speech and banning speech it hates,” commented one user in reply to Musk.

“This is an important distinction,” responded Musk.

Comments Off on Elon Musk: Americans Will Be ‘Unhappy’ with Big Tech as the ‘de Facto Arbiter of Free Speech’

Posted on January 12, 2021 by ifnm| Comments Off on Google Sued by YouTube Rival Over Search Rankings (Video)

Video-sharing site Rumble Inc. accused Google in a lawsuit of abusing the power of its search engine and mobile operating system to boost its YouTube video service over rivals, the latest allegation of anticompetitive conduct against the Alphabet Inc. unit.

Toronto-based Rumble, which has become popular among conservative pundits, on Monday filed an antitrust suit in federal court in California arguing that Google is “unfairly rigging its search algorithms” to place YouTube above Rumble in its search results. Rumble said Google’s behavior cost it significant numbers of viewers and advertising dollars.

Posted on January 12, 2021 by ifnm| Comments Off on Conservative Leaders: Tech Companies Pose Existential Threat, Must Be Broken Up

Freedom has never been threatened like this before. We live our lives online, especially now, during the pandemic. The entire conservative movement will be canceled by the left and their thugs if we let them.

Media Research Center (MRC) President Brent Bozell and more than 30 conservative leaders issued the following statement Monday calling for the breakup of Big Tech companies including Amazon, Google, Facebook and Apple after their sweeping acts of censorship against conservatives and President Donald Trump this past week.

“Big Tech has declared war on free speech and is now an existential threat to democracy. The tech tyrants began to systematically shut down the conservative movement over the weekend. This is an all out assault on our republic from within like we’ve never seen before. We will not stand idly by as they cancel conservatives for daring to speak freely.

Comments Off on Conservative Leaders: Tech Companies Pose Existential Threat, Must Be Broken Up

In this episode of American Thought Leaders ??, we sit down with Dr. Roslyn Layton, a visiting scholar at the American Enterprise Institute and the co-founder of China Tech Threat. She is also a visiting researcher at Aalborg University Center for Communication, Media, and Information Technologies and a vice president at Strand Consult, both in Denmark.

How Amazon, Apple, Facebook and Google manipulate our emotions (Video)

Posted on February 15, 2018 by ifnm| Comments Off on How Amazon, Apple, Facebook and Google manipulate our emotions (Video)

The combined market capitalization of Amazon, Apple, Facebook and Google is now equivalent to the GDP of India. How did these four companies come to infiltrate our lives so completely? In a spectacular rant, Scott Galloway shares insights and eye-opening stats about their dominance and motivation — and what happens when a society prizes shareholder value over everything else. Followed by a Q&A with TED Curator Chris Anderson. 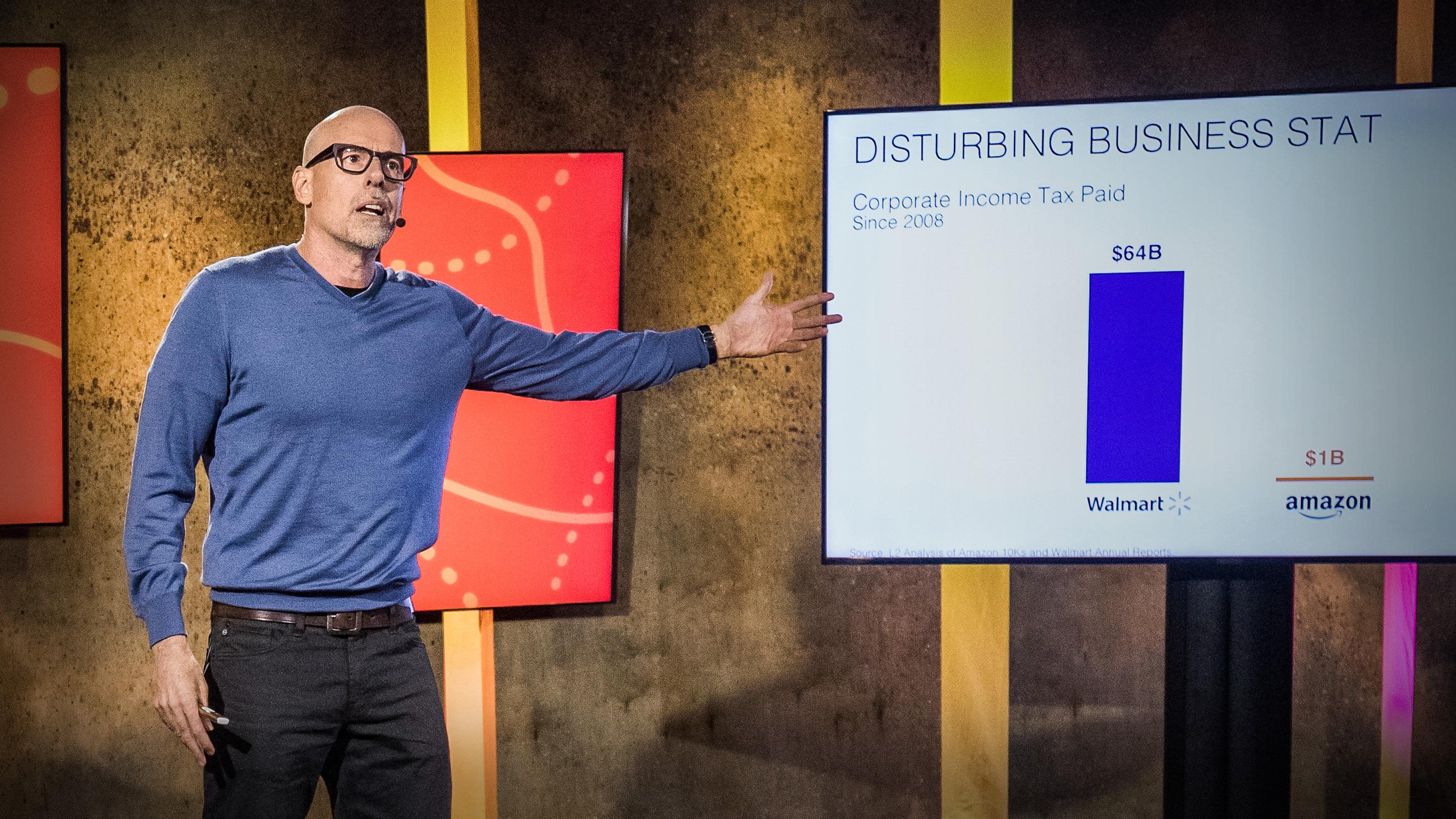 Comments Off on How Amazon, Apple, Facebook and Google manipulate our emotions (Video)

Posted on January 1, 2018 by ifnm| Comments Off on Redfin CEO: ‘Silicon Valley Is Going To Leave Silicon Valley’

Although Redfin is based in Seattle, Kelman believes the coastal exodus will be “so good for the country.”

Move over California and New York: Make room for Texas and Utah.

That’s the message of Redfin’s Glenn Kelman, chief executive of the $2.5 billion web-based real estate company, which predicts the surge of migration from coastal to middle America will continue, if not accelerate.

The main driver, Kelman said, of the migration of workers and companies from cities like San Francisco, Los Angeles, and New York, to Houston, Dallas, and Salt Lake City, will be housing prices. That and the new GOP tax plan, which lowers the cap on interest-deductible mortgage debt from $1 million to $750,000.

Posted on November 26, 2017 by ifnm| Comments Off on YouTube has a pedophile problem on its hands

A spokeswoman for Lidl’s UK arm said it was “completely unacceptable that this content is available to view, and it is, therefore, clear that the strict policies which Google has assured us were in place to tackle offensive content are ineffective”.

The streaming-video giant has seen a slew of big brands — including Adidas, Deutsche Bank, Amazon and Oreo maker Mondelez — yank ads after a UK newspaper revealed on Friday they got paired with videos of scantily clad children that attracted disgusting comments from pedophiles.

Creeps have been flocking to YouTube videos of young girls in their underwear lazing in bed, doing splits and playing with each other. Many of the segments are uploaded by the kids themselves, with sick viewers asking them to remove their clothes and perform sex acts in future videos.

In its investigation, the Times of London said YouTube, a unit of Alphabet’s Inc. Google, had allowed sexualized imagery of children to be easily searchable, and that it hadn’t lived up to promises to better police its site to protect children.

Comments Off on YouTube has a pedophile problem on its hands