Posted on November 5, 2021 by ifnm| Comments Off on Putin: Wokeness Is Dismantling The West: Cancel Culture First Happened In Russia During Bolsheviks! (Video)

Russian President Vladimir Putin said that the far-left woke ideology is causing societal ills in the West, saying that it is no different than what happened in Russia during the 1917 revolution.

Comments Off on Putin: Wokeness Is Dismantling The West: Cancel Culture First Happened In Russia During Bolsheviks! (Video)

Posted on October 22, 2021 by ifnm| Comments Off on ‘Simply monstrous’: Putin says teaching young children they can easily swap genders is a ‘borderline crime against humanity’

“And this is not new,” the Russian president went on. “In the 1920s, Soviet culture-warriors invented a so-called ‘newspeak,’ believing that in this way they would create a new sense of consciousness and redefine people’s values.”

A growing campaign in the West to do away with gender-based language defies reason and is subverting human nature, Russian President Vladimir Putin has claimed, arguing children should not be taught biological sex does not exist.

“The discussion about the rights of men and women has turned into a total phantasmagoria in a number of Western countries,” Putin said in a speech to dignitaries and reporters at the Valdai Discussion Club in Sochi, Russia on Thursday. “Those who risk saying that men and women still exist, and that this is a biological fact, are virtually ostracized.”

He listed examples, such as banning words like “mother” and “father” in favor of terms like “parent one and parent two”, as well as “banning the phrase ‘breast milk’ and replacing it with ‘human milk’ so that people insecure about their own gender wouldn’t get upset.”

Comments Off on ‘Simply monstrous’: Putin says teaching young children they can easily swap genders is a ‘borderline crime against humanity’

Posted on May 2, 2021 by ifnm| Comments Off on Putin: The New Empire (Documentary)

Since Russia was brought to its knees in the 1990s by crippling debt and the grip of the oligarchs following the collapse of the Soviet Union, Vladimir Putin has made it his mission to return superpower status to Russia. While not partisan to Putin’s wrongs, this insightful doc examines the logic and motivations of Putin’s vilified regime, and why he is so loved in his homeland.

Comments Off on Putin: The New Empire (Documentary)

Posted on March 5, 2021 by ifnm| Comments Off on ‘They’re bugs & we will crush them!’ Putin issues fiery warning about activists & criminals taking advantage of children online

The president gave a stark review of online safety, insisting that the internet is being used “to promote completely unacceptable content: for the distribution of child pornography, prostitution, for driving minors to suicide.”

Russia’s president has condemned “criminals” using the internet to target children for nefarious purposes, such as encouraging attendance at political rallies, like those in support of jailed opposition figure Alexey Navalny.

In a meeting with civic volunteers on Thursday, Vladimir Putin claimed that some accounts were even encouraging minors to commit suicide, arguing that they would feel the full force of the law. “When the police get to these freaks,” he said, “they might be Rambo on the internet, pushing a boy or a girl to jump from a roof, but they will fill their pants. When the bastard is sitting there in front of you, he’s a bug and we don’t mind just crushing him.”

The president’s comments come on the back of another colorful comparison aimed at those taking advantage of children online. During a meeting at the Ministry of Internal Affairs on Wednesday, Putin told officials that more action was needed to crack down on people using the internet to “try to take advantage of children in cold blood [in order to] achieve their own selfish, ‘ferret’ goals.”

Comments Off on ‘They’re bugs & we will crush them!’ Putin issues fiery warning about activists & criminals taking advantage of children online

‘Where is the line between global business & attempts to control society?’ Putin asks Davos as he calls out power of Big Tech

Posted on January 28, 2021 by ifnm| Comments Off on ‘Where is the line between global business & attempts to control society?’ Putin asks Davos as he calls out power of Big Tech

These events have shown that Big Tech companies “in some areas have de facto become rivals to the government,” Putin said.

Technology giants have become powerful rivals to governments, but there are doubts over the benefits for society of their monopoly positions, Russia’s President Vladimir Putin told the annual World Economic Forum, on Wednesday .

“Where is the line between a successful global business, in-demand services and consolidation of big data – and attempts to harshly and unilaterally govern society, replace legitimate democratic institutions, restrict one’s natural right to decide for themselves how to live, what to choose, what stance to express freely?” Putin wondered.

“We’ve all seen this just now in the US. And everybody understands what I’m talking about,” he added.

Comments Off on ‘Where is the line between global business & attempts to control society?’ Putin asks Davos as he calls out power of Big Tech

Posted on November 27, 2019 by ifnm| Comments Off on Vladimir Putin’s Secret Riches (2019) Documentary

Vladimir Putin has been accused of corruption on a breathtaking scale. His critics say he’s used his power to amass a secret fortune, so is the Russian president really one of the richest people in the world? Reporter Richard Bilton meets former Kremlin insiders who say they know how Putin’s riches are hidden. 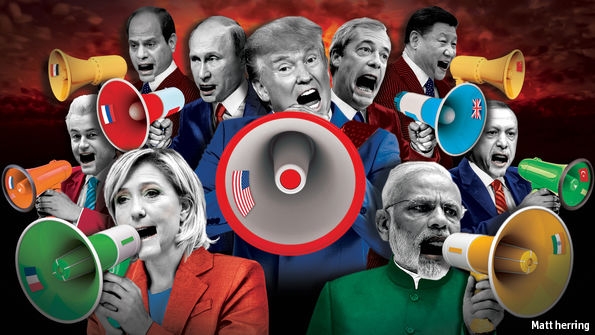 Posted on April 4, 2017 by ifnm| Comments Off on Le Pen Urges Moscow and the West to ‘Join Forces’ After ISIS Claims Deadly Attack in Russia

French presidential candidate Marine Le Pen has urged Russia and the West to join forces against terrorism during a visit to Moscow, after ISIS claimed responsibility for an attack which killed six men in Chechnya. According to German state broadcaster Deutsche Welle, at least six Russians serving at a National Guard base in Chechnya were killed after terrorists rushed in under cover of heavy fog. The raiding party did not succeed in entering the facility, however, and was “neutralised” following an exchange of gunfire with base personnel.

Razman Kadyrov, head of Chechnya’s regional administration, said there was “no doubt that the gunmen planned to carry out high-profile terrorist attacks using weapons [from the base] if they managed to acquire them and escape alive,” and National Guard chief Viktor Zolotov praised servicemen for “preventing numerous deaths among civilians”.

In a surprise meeting with Russian president Vladimir Putin on the day of the attack, Ms Le Pen said that “the fight against terrorism can only be truly effective if the largest nations stand side by side and join forces.”

Ann Coulter: Putin is a Better Ally for Trump than Merkel (Video)

Posted on March 17, 2017 by ifnm| Comments Off on Ann Coulter: Putin is a Better Ally for Trump than Merkel (Video)

“The fight now is with [radical] Islam, which openly says they are going to come in our country… various countries—the West, infiltrate and turn us all Muslim— this is the new Soviet threat— there is no Soviet threat.” Author Ann Coulter said Russian President Vladimir Putin is a much better ally in the fight against radical Islam than Germany’s Angela Merkel.

“It’s strange that much of the media seems to, I mean with this obsession with NATO, see Merkel as more of an ally and Putin as the enemy,” Coulter told the FOX Business Network’s Maria Bartiromo. “Right now the real enemy of the United States and all of Western civilization is radical Islam and Putin is obviously a much better ally in that fight than Merkel is.”

“She’s inviting all of these Muslim migrants in. They have to have training programs for the refugees… You’d think they’d be able to control themselves… and they can’t do it,” she said.

In her opinion, the media’s perception of Russia is no longer relevant.

Comments Off on Ann Coulter: Putin is a Better Ally for Trump than Merkel (Video)

Posted on November 4, 2016 by ifnm| Comments Off on Putin Warns European Countries Have “No Future” if They Continue to Accept Migrants (Video)

“A society that cannot defend its children today has no tomorrow”

Russian President Vladimir Putin expressed his bewilderment at why European countries were taking in so many migrants given the increasing number of rapes sweeping the continent, asserting that a society which cannot protect its children “has no future”.

In remarks made earlier this week, Putin made reference to a story out of Austria where an Iraqi migrant was not punished for raping a 10-year-old boy at a swimming pool in Vienna after he claimed it was a “sexual emergency” and that he didn’t understand the boy didn’t want to be raped.

“It doesn’t fit into my head what on earth they’re thinking over there,” said Putin, adding, “This is the result of the dilution of national values.”

“I can’t even explain the rationale – is it a sense of guilt before the migrants?” he asked. “What’s going on? It’s not clear.”