Pat Sajak laments the loss of his ‘safe space’ as #TheChalkening strikes his home!

Posted on May 1, 2016 by ifnm| Comments Off on Pat Sajak laments the loss of his ‘safe space’ as #TheChalkening strikes his home!

The struggle is real.

The struggle is real. https://t.co/Bj0GJZSrIJ

#TheChalkening is spreading and has now been spotted at the home of Twitchy regular and “Wheel of Fortune” host Pat Sajak! But who could be responsible for such a vile message? Any clues?

Found outside my door this morning. No safe space! May have to burn a few cars after brunch. pic.twitter.com/P7R7gsHldm

"What is hate speech", Alex. https://t.co/lakhPFZUwb

Comments Off on Pat Sajak laments the loss of his ‘safe space’ as #TheChalkening strikes his home!

Posted on September 29, 2015 by ifnm| Comments Off on The Conservative Wheelman

The ‘Wheel of Fortune’ host and Hillary-teasing tweeter talks about his political education and American exceptionalism. 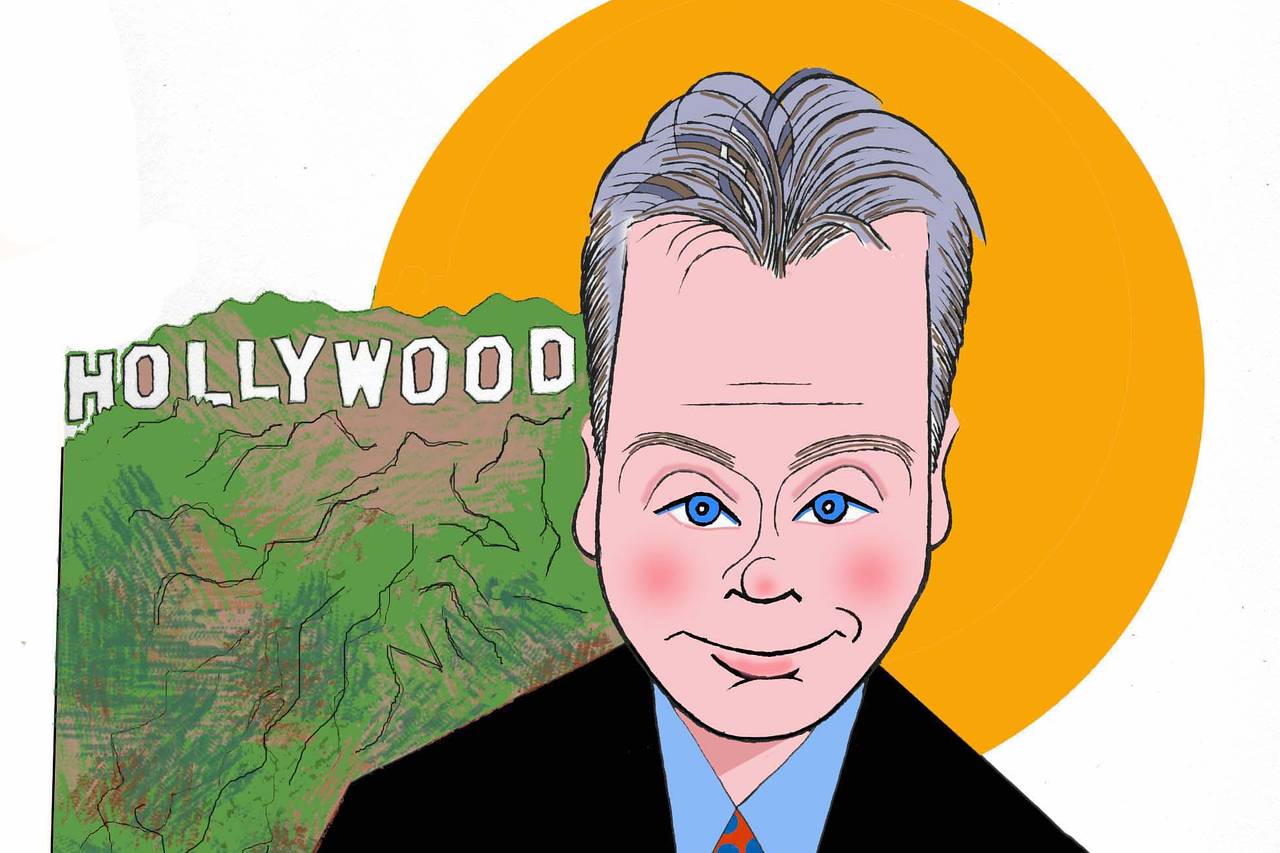 Pat Sajak was tweeting Hillary Clinton jokes again. Days before I was scheduled to interview him after a taping of “Wheel of Fortune,” the show he has hosted for 34 years, Mr. Sajak pecked out a message: “Just received an email from the Clinton campaign. Must be important; it’s marked ‘Top Secret.’ ”

The previous week Mr. Sajak had sent this to his 80,000 Twitter followers: “Exciting breakthrough near: Climate scientists close to perfecting giant thermostat to regulate earth’s temperature!” Two days before that, he’d taken to the social-media website to say: “It’s not that the government does everything poorly; it’s just that when it does something poorly, it keeps doing it.”

Fans of “Wheel of Fortune” are familiar with Mr. Sajak’s wit—his repartee with contestants and banter with alphabetic wonderwoman Vanna White. But on Twitter the one-liners come spiked with something else: conservatism. “My overall philosophy about politics and show business,” Mr. Sajak tells me in his dressing room at Sony Pictures Studios, “is even a game-show host has as much right as anyone to babble about anything he wants to.”

In other words, Hillary Clinton jokes are fair game, so long as he makes them off the air. “My only objection is the bait and switch,” Mr. Sajak says. “It just kills me when someone’s on a talk show to promote a movie, and I’ve got to sit through saving the whales first. I like whales as much as the next guy—especially filleted. They’re really tasty.”

Comments Off on The Conservative Wheelman

Posted on June 6, 2015 by ifnm| Comments Off on Wheel of Fortune Host in Hot Water After Blunt Tweet About Obama’s America

“As we lose our common culture, one odd side effect: it’s harder to find puzzles on Wheel that are fair to all,” Sajak tweeted out on June 1.

Pat Sajak, long-time host of the beloved game show “Wheel of Fortune,” has gotten himself into some hot water yet again for a comment he made on his Twitter account about the state of American culture under President Barack Obama.

According to Sajak, Americans, and consequently the contestants who appear on his game show, are becoming so ignorant of America’s traditions and culture that the show’s producers are having a hard time coming up with puzzles that are fair to everyone.

Pat Sajak Has Figured Out How to Get Obama’s Attention

Pat Sajak of Wheel of Fortune fame, has been sounding more like a comedian than a legendary game show host on his witty and entertaining Twitter page.

Sajak, who a week ago tweeted a humdinger that he was offended by a pro sports franchise not named the Washington Redskins, took to the mico-blogging social media site again to serve up another ace, this time taking a well-deserved shot at Obama’s obsession with golfing and vacationing during times of crisis.

Even House Democrats, who have been rigid sycophants in their support of the one promised to bring the world “hope and change,” have finally begun to question Obama’s obliviousness, wondering why Obama won’t talk to them (answer: because he’s always busy golfing, vacationing, fundraising and/or empowering America’s enemies).

Obama has been criticized, even by some in the leftstream media, as being distant, out of touch and aloof.

Now, Pat Sajak just came up with a solution that House Democrats could use which just may get Obama’s attention.

Pat Sajak Wins Bonus Round, Spells Out What It Will Take To Get Networks To Cover The IRS Scandal

“IRS hearings will get wider coverage when agency does something truly egregious, like closing a lane on a bridge.” With all the fireworks erupting from IRS hearings in the past week, you’d think that the mainstream media would cover it – for its high entertainment value, at the very least.

But don’t tell that to the folks over at MSNBC. They’re still too busy dissecting “Bridgegate.” That’s right – the scandal involving New Jersey Gov. Chris Christie, when people in his office ordered a lane closure on a bridge for five days last year.

Luckily for us, Wheel of Fortune host Pat Sajak has an ingenious idea for how to get networks to cover the widespread, criminal activities of a federal agency.

IRS hearings will get wider coverage when agency does something truly egregious, like closing a lane on a bridge.