Such talk has yet to become reality, but if Dish manages to craft a new online TV service with a handful of players, it would be a small step in that direction, and potentially would move the cable TV industry a little closer to an a la carte model.

Dish Network reportedly is talking to content parties such as Viacom, Univision Communications and Scripps Networks Interactive as it weighs a plan to offer an Internet TV service, according to a BusinessWeek story.

The report, based on unnamed sources, comes as Dish also is preparing to expand its dishNET broadband Internet service nationwide starting next week. The report suggests such a service could represent the next step in breaking the mold of traditional pay TV service packages, as well as the cable TV approach to TV Everywhere of having online content offers directly mirror pay TV subscriptions.

Dish reportedly would seek to launch a live online offering that would include sports programming, one of the most significant broadcast expenses to pay TV service providers.

Cable TV companies have been hesitant to try anything so experimental that would redraw their traditional business model, which is one reason some people think that TV Everywhere strategies have fallen flat. But, as the No. 2 satellite provider in a two-horse race, Dish does not have much to lose by going against the grain, and it would be interesting to see how much a live online TV service with a smaller bundle of content would undercut other offers on price.

Phony Farm Labor Shortage: We Need to Talk About It by John Carney

One way to test if there is a labor shortage on farms would be to look at the labor cost. If farms were truly struggling to find enough workers, their labor costs would be skyrocketing. But that isn’t what’s happening.

A couple of weeks ago, I pointed out that despite all the talk of a farm labor shortage last summer, American farms had an amazingly profitable year.

I pointed out that in some of the states that had been repeatedly said to be facing a labor shortage—California and Washington, for example—profit growth was even higher. Washington farms saw profits grow by 58 percent, for goodness’ sakes.

Yet somehow the myth of a farm labor shortage persists.

I received countless emails arguing that in one way or another, I had missed the orchard for the trees. Folks insist that despite record profitability, there remains a labor shortage.

And, of course, there are now dire predictions that the farm labor shortage of 2011 (which never happened) will be even worse in 2012. My colleague Jane Wells recently reported that the Western Growers Association claims its members are reporting a 20 percent drop in laborers this year.

Lee, who was charged Friday in St. Louis Circuit Court, faces a mix of 10 felony counts of first-degree assault, armed criminal action and firing shots from a vehicle. Judge Theresa Burke set $100,000 cash bail. Authorities said Lee is a documented member of the “Obama Boyz” gang, but did not elaborate.

A St. Louis teen who authorities say is a member of a gang called the “Obama Boyz” has been charged with two shootings on Saturday.

Anthony Jamal Lee, 18, fired at a group of people from the window of a Grand Prix at 2:17 p.m., according to charges. A 13-year-old boy was struck in the side of his body and had to be hospitalized; a 17-year-old boy was grazed by bullets on his face and arm.

Lee, according to authorities, then fired from his car at two passengers in another Grand Prix, grazing one of them in the back.

One shooting occurred at the 3200 block of Oriole Avenue, and the other nearby at Harney and Beacon avenues.

Cops to answer in court for ‘stoning’ of Christians

“Consequently, law enforcement officials have a constitutional duty not to effectuate a heckler’s veto, nor may they join a violent mob intent on suppressing speech. Instead, officials must take reasonable action to protect persons exercising their free speech rights. Here, we have an angry and violent mob of Muslims intent on suppressing free speech and law enforcement officials aiding and abetting the violence in violation of the Constitution.” Hundreds of angry Muslims threw chunks of concrete and eggs at a team of Christians, spraying them with urine and cursing at them – all while police stood by and then threatened the victims with “disorderly conduct.”

So now a team of attorneys from the American Freedom Law Center is going to court on behalf of the victims of the violent Muslim mob at the Arab International Festival last June, an attack that was captured on video.

The federal civil rights complaint in the U.S. District Court for the Eastern District of Michigan names as defendants officials from the Wayne County sheriff’s office who “sided with the Muslim mob intent on suppressing the Christians’ speech.”

The complaint explains authorities not only failed to protect the Christians, they ordered them to leave the Arab Festival under threat of arrest for “disorderly conduct.”

However, not one Muslim was arrested for the attack that left several members of the Christian group bloodied, the complaint states.

Among the defendants is Deputy Chief Mike Jaafar, a Muslim who was featured in the now-canceled show “All American Muslim,” which appeared on The Learning Channel.

Video: Life on the frontline

So whilst our politicians pontificate on foreign stages about civil rights and freedom of expression, closer to home they are actually facilitating the criminalisation and possible incarceration of their political opponents.

Justice’s decision not to be involved did not end the two lawsuits. One of them was brought by a businessman charging that St. Paul had falsely certified that it was using federal money to create jobs for low-income workers of all races when it was focused only on employing minorities.

Attorney General Eric Holder’s Department of Justice (DOJ) is being accused of political indiscretion — and it has nothing to do with the failed federal gun-walking operation known as “Fast and Furious.”

Four GOP congressmen argue the DOJ struck a backdoor deal with city officials in St. Paul, Minn., to “withdraw a housing discrimination case before the Supreme Court in exchange for Justice declining to intervene in an unrelated False Claims Act case against the city,” the Washington Post reports.

In a letter to Holder, Sen. Charles Grassley (R-Iowa) and Reps Darrell Issa (R-Calif.), Lamar Smith (R-Texas) and Patrick T. McHenry (R-N.C.) accuse the Department of Justice of making the deal with St. Paul city officials in February. The lawmakers said they learned about the purported deal during a private briefing with DOJ officials.

“We were shocked to learn during this briefing and in subsequent document examination that Assistant Attorney General Tom Perez, over the objections of career Justice Department attorneys, enticed the city to drop its lawsuit that Mr. Perez did not want decided by the Supreme Court,” the letter reads.

DOJ spokeswoman Tracy Schmaler said in a statement that the “resolution reached in these cases was in the best interests of the United States and consistent with the Department’s practice in reaching global settlements.”

Two-dozen conservative activists and media personalities including Matt Kibbe from FreedomWorks urged members of their respective groups to switch off the biased and corrupt liberal news media.

Two-dozen conservative activists and media personalities on Tuesday urged members of their respective groups to switch off the “biased news media,” claiming in an open letter that establishment media are “out of control with a deliberate and unmistakable leftist agenda.”

Though these groups frequently complain about a left-leaning media bias, they claimed in the letter that the political slant this cycle is unprecedented.

They ticked off a litany of grievances against the news media, saying they’ve been “shamefully smearing” Mitt Romney over the course of the election.

Sex trafficking in the USA hits close to home

Asia Graves looks straight ahead as she calmly recalls the night a man paid $200 on a Boston street to have sex with her.

She was 16, homeless, and desperate for food, shelter and stability. He was the first of dozens of men who would buy her thin cashew-colored body from a human trafficker who exploited her vulnerabilities and made her a prisoner for years.

“If we didn’t call him daddy, he would slap us, beat us, choke us,” said Graves, 24, of the man who organized the deals. “It’s about love and thinking you’re part of a family and a team. I couldn’t leave because I thought he would kill me.”

By day, she was a school girl who saw her family occasionally. At night, she became a slave to men who said they loved her and convinced her to trade her beauty for quick cash that they pocketed. Sold from Boston to Miami and back, Graves was one of thousands of young girls sexually exploited across the United States, often in plain sight.

A plague more commonly associated with other countries has been taking young victims in the United States, one by one. Though the scope of the problem remains uncertain — no national statistics for the number of U.S. victims exist — the National Center for Missing and Exploited Children says at least 100,000 children across the country are trafficked each year.

A FilmChrome production. “Anti-crime campaign film about true events happening in South Africa. Help us create a world wide awareness of the genocide everybody pretends does not exist.” 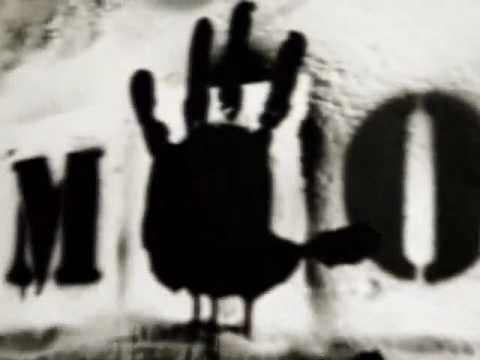 Posted in Documentary, Film Clip of the Day

The Dream Academy – Life in A Northern Town 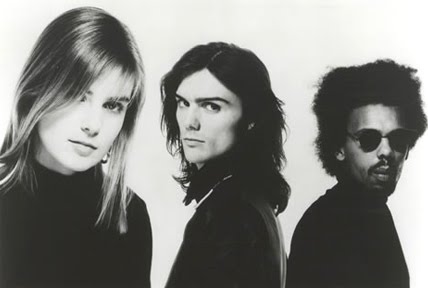