Posted on October 18, 2017 by ifnm| Comments Off on Tony Katz Interviews President Donald Trump Live from the White House (Video)

Posted on August 15, 2017 by ifnm| Comments Off on Scott Baio Calls Republicans ‘Worthless’ During Appearance on Tony Katz Today

Just once I want the Republican party to shut up … back the President [and] stop going after him on every single thing that he does.

Outspoken conservative and former star of “Happy Days,” Scott Baio is fed up with congressional Republicans, calling them ‘worthless’ and emphatically stating it’s time for the GOP to put aside personal politics and stand behind President Trump for the good of the country.

In an interview with WIBC host Tony Katz, Baio was especially critical of Republicans’ epic failure on ‘repeal and replace.’

I don’t know how votes and how many bills the house has passed to repeal Obamacare, [but] they were all just a ruse to get votes. And I just personally believe that the Republican party and the Democrat party are one in the same.

…Paul Ryan, he’s just a RINO to me, so is Mitch McConnell. [And] I truly believe that the reason they don’t want to help President Trump is because if he succeeds, they all look like fools. So why would you want to help that guy? As opposed to saying, ‘Hey, this guy just gave us the House and the Senate, and we have so much power now. Let’s use it to show that Conservatism works.’ [But] they just can’t seem to get out of their own way. They don’t want [Trump] to succeed; they don’t like him.

Why Lie? We are at War with Mexico by Tony Katz 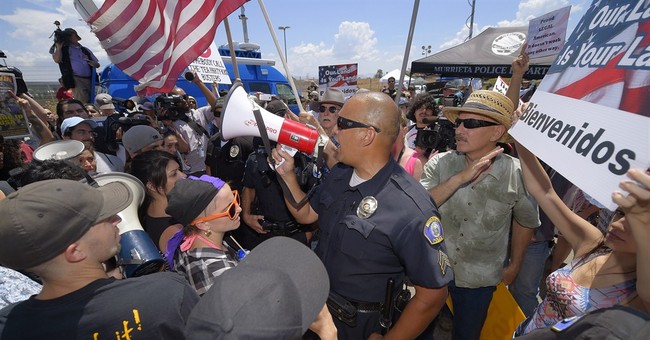 It’s clear. We are at war with Mexico.

Drug cartels have long since run amok and with abandon, driving further into US soverign territory. Without regard for life – their own nor anyone else’s – they threaten to kill ranchers and others who live on the border, telling them to look the other way when they engage their drug smuggling operations.

Americans who vacation at places like Fox Lake in Texas have been killed by cartel members, simply for jet skiing on a lake. Arizona has taken to putting up signs, hundreds of miles from the border, telling people to be careful, to not pick up hitchhikers and – literally – warning Americans not to travel on American soil. Signs in the area read: Geared to get people connected and active with local groups in their community.

The IDEAL event for someone who needs encouragement to get involved!

Tony Katz Tonight tapes some of its test run episodes. Join Tony for a conversation about the economy, Jason Collins and what is considered a slur? On the show Tony welcomes satirist Evan Sayet, lawyer and author Kurt Schlichter and actress and blogger Kira Davis