Stars: James Stewart, Barbara Hale, James Gleason. Bill Lawrence wins a slew of prizes on a radio quiz program. His happiness is short-lived when he discovers he’ll have to sell the prizes in order to pay the taxes on them. 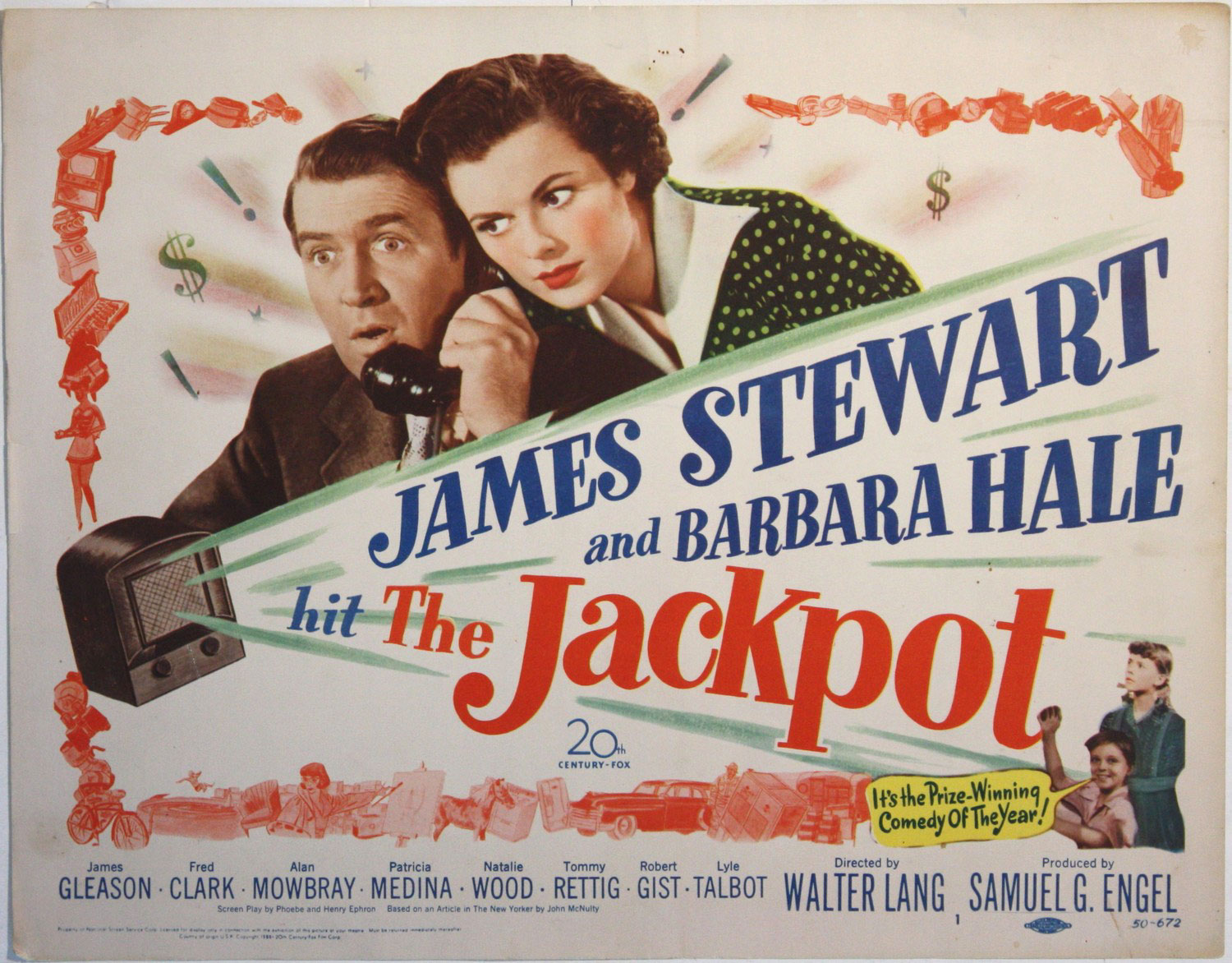 Comments Off on Complete Classic Movie: The Jackpot (1950) 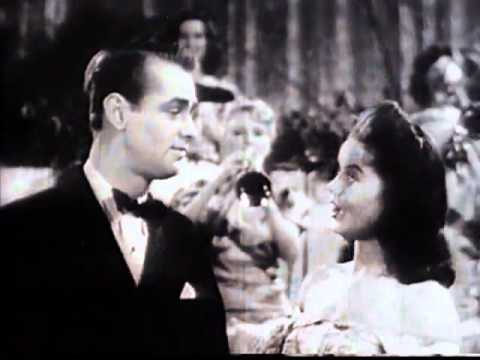 Comments Off on Alan Ladd, Rita Rio – (When) I Look At You

Posted on August 31, 2015 by ifnm| Comments Off on Major Barbara – Trailer

Comments Off on Major Barbara – Trailer

Ted Cruz Reacts to Vilification of Police: ‘Coming from the Top — All the Way to the President of the United States’

Posted on August 31, 2015 by ifnm| Comments Off on Ted Cruz Reacts to Vilification of Police: ‘Coming from the Top — All the Way to the President of the United States’ Following the shooting of a sheriff in Houston, Texas by a black man as well as chants from Black Lives Matter protesters advocating violence against police, GOP presidential candidate Sen. Ted Cruz issued a statement saying he is proud to stand with law enforcement.

While campaigning in New Hampshire, Cruz addressed the attacks. both physical and verbal, which have been made against police officers across America.

Cruz is calling for leadership to act against this assault on all law enforcement officers, in light of the killing of Harris Country deputy sheriff Darren Goforth, which took place in Cruz’s hometown.

“We stand with our police officers, we stand with our fire fighters, with our EMS, with our first responders,” Cruz’s statement began. “These are brave humans who risk their lives keeping us safe. We are seeing a manifestation of the rhetoric and vilification of law enforcement that is coming form the top — all the way to the President of the United States and senior administration officials.”

Comments Off on Ted Cruz Reacts to Vilification of Police: ‘Coming from the Top — All the Way to the President of the United States’

According to Clarke, their rhetoric has caused an “open season” on police officers.

“I am too pissed off tonight to be diplomatic with what’s going on and I’m not going to stick my head in the sand about it,” Clarke said. “I said last December war had been declared on the American police officer led by some high profile people, one coming out of the White House, and one coming out of the United State Department of Justice. And it’s open season right now. No doubt about it.”

“I’m tired of people calling these black activists,” he added. “They’re not black activists. This is black slime and it needs to be eradicated from American society. I need every law abiding person in America to stand up and start pushing back against this slime.”

Stars: Dennis Hopper, Linda Lawson, Gavin Muir. On leave in a shore side town, Johnny becomes interested in a young dark haired woman. They meet and he learns that she plays a mermaid in the local carnival.

For centuries, this book sold 2nd only to Bible

Posted on August 31, 2015 by ifnm| Comments Off on For centuries, this book sold 2nd only to Bible He was imprisoned 14 years for preaching without a license from the government. This was John Bunyan, who died Aug. 31, 1688.

John Bunyan wrote in a “Relation of My Imprisonment”: “The justice … issued out his warrant to take me … as if we that were to meet together … to do some fearful business, to the destruction of the country; when alas! the constable, when he came in, found us only with our Bibles in our hands, ready to speak and hear the word of God. … So I was taken and forced to depart. … But before I went away, I spake some few words of counsel and encouragement to the people, declaring to them … that they would not be discouraged, for it was a mercy to suffer upon so good account. … We suffer as Christians. … Better be the persecuted, than the persecutors.”

During his imprisonment, John Bunyan supported his family by making shoelaces. It was during this time that he began writing “The Pilgrim’s Progress,” eventually published in 1678. It was an allegory of a pilgrim, named Christian, who fled from the City of Destruction and was directed by Evangelist to follow the straight and narrow path. He overcame temptations, depressions, deceptions and persecutions till he reached the Celestial City of Zion.

Comments Off on For centuries, this book sold 2nd only to Bible

Posted on August 31, 2015 by ifnm| Comments Off on How Illegal Immigration Finally Turned Off the Public by Victor Davis Hanson

If there were not a Donald Trump, he would likely have had to have been invented.

Why did the illegal-immigration issue launch Donald Trump’s campaign? Why did his recent tense press conference exchange with Univision’s Jorge Ramos please even some of Trump’s liberal critics? What is it about illegal immigration that has finally turned off so many Americans?

Over the years immigration activists successfully deconstructed the complex issue of illegal immigration into a race and class morality tale of privileged whites picking on poor brown people. The operative buzzwords were “racism,” “nativism,” and “xenophobia.” That theme is now mostly bankrupt given that every great lie eventually falls from its own weight.

It was rarely the host, but more often the activists on behalf of the guests, who framed illegal immigration in racial terms. Activists foolishly fabricated the controversy as “we noble Latinos” against “you prejudiced non-Latinos.” They forgot apparently two obvious truths: one, thirty percent of Americans are not so-called white; and, two, most people resent ethnic chauvinism. Is an unemployed African-American sympathetic to the argument that someone has a birthright to illegally cross into the United States and find instant employment? Is a Punjabi-American, waiting patiently for his engineer cousin to get a green card, eager to be told the United States must make special concessions to the Latino lobby? Does a third-generation Mexican-American prefer that his neighborhood school and emergency room be flooded with indigent illegal Mexican nationals? He has been charged with capital murder of a peace officer. The felony charge can include the death penalty.

Deputy Goforth was shot execution-style at a gas station on Friday night. The officer was in uniform and was putting gas in his patrol car at a Chevron station in northwest Houston.

Witnesses told Breitbart Texas that the shooter shot the deputy in the back of the head and in the back.

The formal charge (placed below) states that:

SHANNON J. MILES, hereinafter styled the Defendant, heretofore on or about August 28, 2015, did then and there unlawfully, intentionally, and knowingly cause the death of D. GOFORTH, hereafter styled the Complainant, a PEACE OFFICER in the lawful discharge of an official duty, by SHOOTING THE COMPLAINANT WITH A DEADLY WEAPON NAMELY A FIREARM, knowing at the time that the Complainant was a PEACE OFFICER.

Hasselbeck: Why Hasn’t Black Lives Matter Been Classified as a Hate Group? (Video)

Posted on August 31, 2015 by ifnm| Comments Off on Hasselbeck: Why Hasn’t Black Lives Matter Been Classified as a Hate Group? (Video)

Jackson answered, “Well they should do it, but unfortunately it’s being financed by the leftists. Ironically it’s people who have nothing, really no concern at all about black lives. People like George Soros.”

Hasselbeck asked, “Kevin, why has the Black Lives Matter movement not been classified yet as a hate group? I mean, how much more has to go in this direction before someone actually labels it as such?”

Comments Off on Hasselbeck: Why Hasn’t Black Lives Matter Been Classified as a Hate Group? (Video)