The demographic and cultural replacement of the British people (Video)

Posted on April 19, 2022 by ifnm| Comments Off on The demographic and cultural replacement of the British people (Video)

The irony of decolonising street names and school history lessons in Britain is that it is proceeding apace with the actual colonisation of the country by foreigners.

The report is behind a paywall, but here are select excerpts from China’s submission to the biological weapons conventions, courtesy of The Daily Wire:

A new report alleges that China discussed how manmade viruses could be weaponized to target certain races.

The report comes from David Asher, who led the State Department’s investigation of the origins of COVID-19 before Joe Biden shut it down.

According to Asher, what China wrote in a declaration to The Seventh Review Conference of the Biological Weapons Convention at the United Nations office in Geneva “essentially laid out a road map of developments in biotechnology pertinent to the biological weapons convention that the Chinese indicated as particularly salient,” the Daily Wire reported.

Posted on April 27, 2021 by ifnm| Comments Off on Barnard College instructor discusses blowing up and gassing whites in coming race war

“When this race war hits its crescendo…”

A Barnard College English instructor was featured on a Canadian radio show earlier Monday in which he discussed blowing up and gassing white people in an imagined race war.

According to The Post Millennial, on the CBC show “q,” Ben Philippe was asked about a segment in his book “Sure, I’ll be your Black Friend” which describes “detonating” white people while nearby air vents spew out noxious gas.

“When this race war hits its crescendo, I’ll gather you all into a beautifully decorated room under the pretense of unity,” Philippe said. “I’ll give a speech to civility and all the good times we share; I’ll smile as we raise glasses to your good, white health, while the detonator blinks under the table, knowing the exits are locked and the air vents filled with gas.”

Posted on November 25, 2020 by ifnm| Comments Off on Concern After European ‘Anti-Hate’ Group Boss Discussed ‘Necessity’ of Killing White People

Mamadou Ba, head of the Portuguese “anti-hate” group SOS Racismo, spoke of the need to “kill the white man” at a recent online conference on “hate speech”.

Ba, a Portuguese citizen originally from Senegal, attended the conference on Saturday which was on the topic of “Racism and the Advancement of Hate Speech in the World”.

During the conference, which was attended by Portuguese speakers from Portugal and Brazil, Ba stated “it is necessary to kill the white man, murderer, colonial, and racist” to “prevent the social death of the black political subject”.

According to a report from Portuguese daily newspaper Correio da Manhã, the statement was a quote from Algerian far-left anti-colonialist political philosopher Frantz Fanon, who openly advocated for violence during the French rule of Algeria in his seminal work The Wretched of the Earth.

Posted on January 5, 2020 by ifnm| Comments Off on Our Real Existential Crisis — Extinction

If Western elites were asked to name the greatest crisis facing mankind, climate change would win in a walk.

Thus did Time magazine pass over every world leader to name a Swedish teenage climate activist, Greta Thunberg, its person of the year.

On New Year’s Day, the headline over yet another story in The Washington Post admonished us anew: “A Lost Decade for Climate Action: We Can’t Afford A Repeat, Scientists Warn.”

“By the final year of the decade,” said the Post, “the planet had surpassed its 2010 temperature record five times.

“Hurricanes devastated New Jersey and Puerto Rico, and floods damaged the Midwest and Bangladesh. Southern Africa was gripped by a deadly drought. Australia and the Amazon are ablaze.”

Comments Off on Our Real Existential Crisis — Extinction

A leading United Nations speaker, Oscar-winning Woodstock Director Michael Wadleigh, called for radical reduction of the human population–especially among white people. The reason why it is so important to reduce the population of Europeans and their descendants is because their nations are more developed and they consume more resources. Even Scandinavia and Sweden are destroying the planet, he said, warning that average Swedes consume 40 times more than average Tanzanians. As for the solution: “Don’t have children–and I’m looking at you, white man,” he told The New American.

‘The time for reconciliation is over’: South Africa votes to confiscate white-owned land without compensation (Video)

Posted on March 1, 2018 by ifnm| Comments Off on ‘The time for reconciliation is over’: South Africa votes to confiscate white-owned land without compensation (Video) 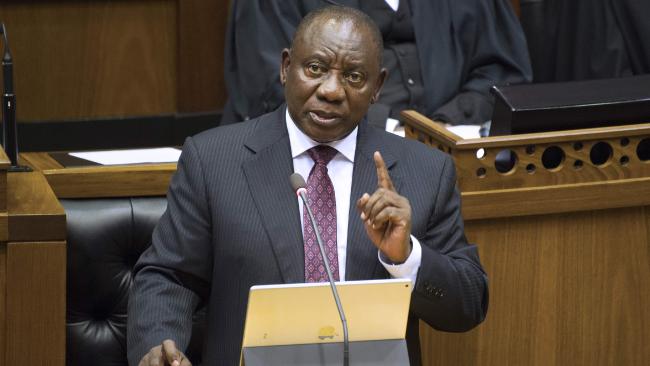 Africa’s parliament has voted in favour of a motion that will begin the process of amending the country’s Constitution to allow for the confiscation of white-owned land without compensation.

The motion was brought by Julius Malema, leader of the radical Marxist opposition party the Economic Freedom Fighters, and passed overwhelmingly by 241 votes to 83 against. The only parties who did not support the motion were the Democratic Alliance, Freedom Front Plus, Cope and the African Christian Democratic Party.

It was amended but supported by the ruling African National Congress and new president Cyril Ramaphosa, who made land expropriation a key pillar of his policy platform after taking over from ousted PM Jacob Zuma earlier this month.

“The time for reconciliation is over. Now is the time for justice,” Mr Malema was quoted by News24 as telling parliament. “We must ensure that we restore the dignity of our people without compensating the criminals who stole our land.”

According to Bloomberg, a 2017 government audit found white people owned 72 per cent of farmland in South Africa.

Comments Off on ‘The time for reconciliation is over’: South Africa votes to confiscate white-owned land without compensation (Video)

Posted on January 29, 2018 by ifnm| Comments Off on Farm attack crime scenes worse than the worst horror movie (Video)

The South African Governments denial of these atrocities and there continued racist drive against whites in the country, with regard land reform and economic strangulation is just not being addressed. 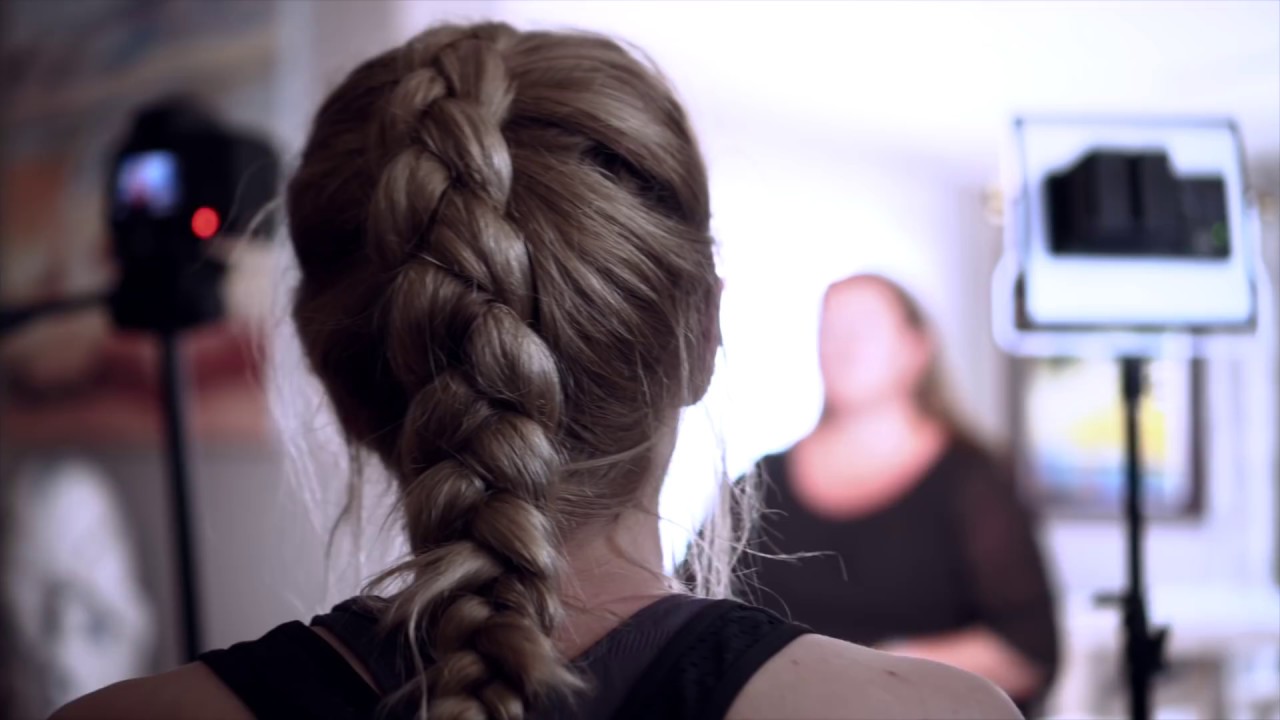 The farm attacks and farm murders in South Africa are so gruesome and done with such extreme violence and hatred that one can only wonder how it is humanly possible.

These are not robberies gone wrong or your your average house breaking incident.

The torture and violence metered out to entire families including young children and babies is so demonic by nature that it leaves a person dismayed at the perpetrators own understanding of civilized behavior.

The media and the South African Government continue to ignore the seriousness of the situation and is not even prepared to acknowledge that it exists. The main stream media itself is guilty of not addressing this on a global scale and by there actions are failing in there duty as reporters.

Posted on January 28, 2018 by ifnm| Comments Off on Katie Hopkins in South Africa: “There’s a cross for every white farmer killed” (Video)

South Africa is beautiful, yet weighed down by an unbearable burden.

The sheer scale of these farm murders is overwhelming. I’m preparing to visit the vast hill where the murdered are memorialized — and then I’ll be face to face with some of the very attackers who’ve brought pain and suffering on an entire community.

Comments Off on Katie Hopkins in South Africa: “There’s a cross for every white farmer killed” (Video)

Indiana Nurse Under Investigation for Tweets about Killing White Babies

Posted on November 28, 2017 by ifnm| Comments Off on Indiana Nurse Under Investigation for Tweets about Killing White Babies

When asked which department Baker works in, the hospital declined to answer. Baker’s Twitter feed was littered with anti-white sentiments.

An Indiana University Health nurse is under fire for racist tweets about killing white babies.

Online Redditors and Twitter users tracked nurse Taiyesha Baker to Riley Children’s Health, an affiliate of Indiana University Health in Indianapolis. PJ Media reached out to the hospital and received this statement:

We are aware of several troubling posts on social media which appear to be from a recently hired IU Health employee. Our HR department continues to investigate the situation and the authenticity of the posts. During the investigation, that employee (who does not work at Riley Hospital for Children) will have no access to patient care.