Stars: Rod Cameron, Lois Maxwell, Clifford Evans. While investigating the mysterious death of a friend, a man discovers a peace organization is the front for a crime syndicate. 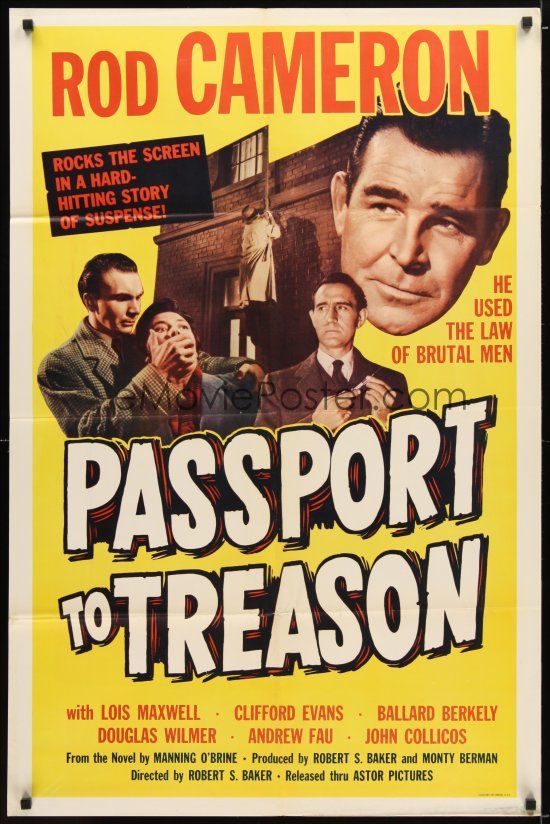 Comments Off on Complete Classic Movie: Passport to Treason (1956)

A Funny Thing Happened On the Way To the Forum – Trailer

Posted on January 31, 2016 by ifnm| Comments Off on A Funny Thing Happened On the Way To the Forum – Trailer 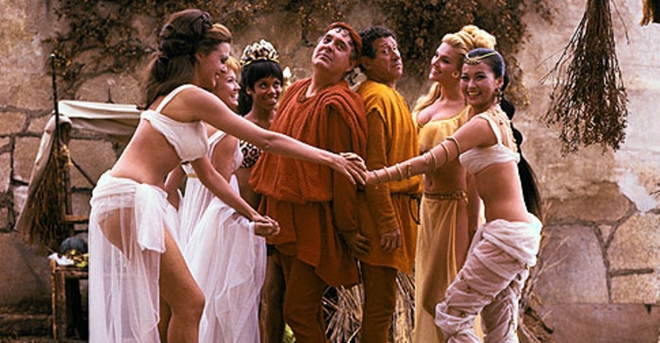 Posted on January 31, 2016 by ifnm| Comments Off on Johnny Mathis – Chances Are & Wonderful Wonderful

Comments Off on Johnny Mathis – Chances Are & Wonderful Wonderful

Latino leaders rally as a show of political force.

Beginning this year, the California Department of Motor Vehicles began automatically registering driver’s license and ID applicants who are eligible to vote.

Democrats argued that the program would improve voter turnout in elections — with the not-so-subtle assumption that it would boost their own party’s rolls and help organizers shift resources from registration to participation drives.

To kick start those efforts, progressive Latino leaders from across Southern California and their supporters gathered Thursday night in Colton for a discussion about their national potential in 2016, as well as a debate over which Democratic presidential candidate deserves support.

Latinos — though the definition is broad — represent the largest demographic in California, but consistently punch below their weight in elections, even presidential ones. Researchers at Political Data, a private company based in Norwalk, Calif., concluded that only 28 percent of eligible Latino voters cast a ballot in the 2014 midterm, compared to almost 50 percent of whites.

Thursday’s summit, however, demonstrated that Latino politicians have made serious inroads on almost every level of government in the region, from school boards to Congress. Riverside County was home to 23 self-identified Latino officials in January 2000, according to the National Association of Latino Elected and Appointed Officials. That number had more than doubled — to 57 — by January 2015.

Stars: Claire Trevor, Lawrence Tierney, Walter Slezak. A calculating divorcée risks her chances at wealth and security with a man she doesn’t love by getting involved with the hotheaded murderer romancing her foster sister.

Comments Off on Complete Classic Movie: Born to Kill (1947) A 17 year old asylum seeker who raped a 72 year old woman was found guilty of rape but will not be deported, and a pair of underage migrants (15 and 17) in Germany were arrested for abusing a 12 year old girl.

In Austria, the 17 year old identified as Wahab M. was found guilty of raping a 72 year old Austrian woman and was sentenced to 20 months in court. Due to Austrian law he will not be deported because his sentence isn’t at least 3 years.

The daughter of the victim was a helper at the large migrant centre in Traiskirchen, just south of Vienna, where the attack took place, according to the Local. Traiskirchen has been host to a large refugee camp for the past few years and has grown considerably since the migrant crisis started.

A friend of the victim, Hans Vesely, himself 72, lamented that although the woman was walking with her dog at the time, the dogs advanced age meant it could not protect the woman. He also said that since the attack , “She is not the same woman anymore. She doesn’t trust being left on her own and does not leave home, and she’s become very weak since the incident.” Inside the Swedish town where armed gangs patrol the streets, crime has exploded and a beautiful social worker’s murder has shocked Europe

Posted on January 31, 2016 by ifnm| Comments Off on Inside the Swedish town where armed gangs patrol the streets, crime has exploded and a beautiful social worker’s murder has shocked Europe

Social worker Alexandra Mezher, 22, was murdered in Mölndal on Monday. Gothenburg suburb last year took in more unaccompanied refugee children than anywhere else in the country – 4,041 added to a population of 63,000. Received £22.6million to provide housing for unaccompanied minors – the most state funding per capita than any town or city in Sweden. Crime figures reveal there were 222 criminal complaints linked to migrant centres – between 20 October 2015 and 8 January this year. Standing on a street corner in the pitch black night, a youth brandishes a broken walking stick like a weapon.

Wrapped up warm in a thick parka coat Mohammed jokes with his friends as passers-by watch the gang of unruly youths hanging around one of the few shops still open with suspicion.

As I approach, the 16-year-old drops the baton, his friend kicks it away, trying to hide it.

‘Mölndal is the best place in the world,’ Mohammed claims. ‘I have lived here my whole life. I wouldn’t want to live anywhere else.’

His family arrived in Sweden as refugees in the 1980s. Iraqi Kurds they were forced to flee Saddam Hussein merciless vendetta against this persecuted people.

His father stayed on to fight the regime – a volunteer to the fearless Peshmerga fighters, Mohammed announces proudly.

‘Sweden is very good for people who want to live a peaceful life,’ the youngster explains in flawless English.

‘Everyone is treated with respect. And Swedish people are kind.’

Comments Off on Inside the Swedish town where armed gangs patrol the streets, crime has exploded and a beautiful social worker’s murder has shocked Europe

Venezuela is on the brink of a complete economic collapse

Posted on January 31, 2016 by ifnm| Comments Off on Venezuela is on the brink of a complete economic collapse

It turns out Lenin was wrong. Debauching the currency is actually the best way to destroy the socialist, not the capitalist, system. The only question now is whether Venezuela’s government or economy will completely collapse first.

The key word there is “completely.” Both are well into their death throes. Indeed, Venezuela’s ruling party just lost congressional elections that gave the opposition a veto-proof majority, and it’s hard to see that getting any better for them any time soon — or ever. Incumbents, after all, don’t tend to do too well when, according to the International Monetary Fund, their economy shrinks 10 percent one year, an additional 6 percent the next, and inflation explodes to 720 percent. It’s no wonder, then, that markets expect Venezuela to default on its debt in the very near future. The country is basically bankrupt.

That’s not an easy thing to do when you have the largest oil reserves in the world, but Venezuela has managed it. How? Well, a combination of bad luck and worse policies. The first step was when Hugo Chávez’s socialist government started spending more money on the poor, with everything from two-cent gasoline to free housing. Now, there’s nothing wrong with that — in fact, it’s a good idea in general — but only as long as you actually, well, have the money to spend. And by 2005 or so, Venezuela didn’t.

Perception and Reality by Charlie Daniels

Posted on January 31, 2016 by ifnm| Comments Off on Perception and Reality by Charlie Daniels

Welfare is meant for those who need it, not those who want it.

When a person hears the word “free” they are apt to get excited because they think it means they’re going to get something of value without having to give anything in return.

This is rarely the case.

How many times have you been lured into some great sounding deal that begins with an official looking letter or a phone call that starts out something like, “Congratulations, you have been chosen to participate in our test market program and will receive a free trip!” Or some other attractive sounding come on designed to grab your interest and keep it until you can be talked into taking the bait; hook, line and sinker.

The trouble is the trip itself may be free, the accommodations and a couple complimentary breakfasts, but – of course – there’s the airfare and a “few” other expenses you must cover, and if you fall for it, you’ll find yourself sitting in the lobby of some run down motel with a couple dozen other irritated folks waiting for your room, which is the size of a broom closet, to be vacated.

Comments Off on Perception and Reality by Charlie Daniels