The latest strikes started today with the International Longshore and Warehouse Union Local 63, which shut down the Ports of Los Angeles and Long Beach.

California may find itself in a disastrous fiscal situation, but that won’t stop California’s newly-empowered unions from flexing their muscle. In the aftermath of the failure of Proposition 32, which would have prevented public sector unions from funding politicians, the unions are celebrating their confirmed power by striking. The latest strikes started today with the International Longshore and Warehouse Union Local 63, which shut down the Ports of Los Angeles and Long Beach.

The Ports of Los Angeles and Long Beach are the busiest ports in the United States.

Even though November traffic remains slow at the ports, that doesn’t mean the economic effect will be mitigated. These ports handle approximately 40% of America’s imports.

Shockingly, the strike doesn’t include dockworkers – it’s just the clerical staff at the union, which has now set up picket lines at the terminals at the Port of Los Angeles. The 50,000-member union supports the strikers; 10,000 dockworkers did refuse to cross the picket lines.

While the unions are shutting down America’s port traffic, they refuse to speak to the media. According to the Los Angeles Times, “The union fell back on a statement released Tuesday evening and had no further comment Wednesday.”

Glenn Beck interviewed seemingly the only politician with a spine on radio today, Senator Rand Paul. While many Republicans are displaying a readiness to just throw out everything they said they believed in and cave to Obama, Sen. Paul is trying to hold the line.

Paul, the son of two-time Republican presidential hopeful Ron Paul, appears ready to continue his father’s decades-long campaign to reduce spending and taxes and oppose programs and actions of the federal government for which there is no constitutional grant of federal power or authority.

In what might loosely be described as the “spirit of the season,” the Congress of the United States will likely put together a huge grab bag “with a lot of stuff in it,” including tax- and debt-ceiling increases, and drop it down the nation’s chimney before adjourning for its Christmas recess, Sen. Rand Paul (R-Ky.) predicted Monday.

“I think there will be something really big, some enormous, ugly bill with a lot of stuff in it, including raising the debt ceiling by a couple trillion dollars. They’ll squish it into one bill. And sometime before Christmas, they’ll pass it,” Paul said in an interview with Greta Van Susteren on Fox News Monday night. But they’ll pass it over his opposition, said Paul, a favorite of Tea Party activists and a potential contender for the GOP presidential nomination in 2016.

“I made a pledge to the people of Kentucky that I’m not raising taxes,” said Paul, an ophthalmologist who became Kentucky’s junior senator by winning an open seat in 2010 in his first political campaign. “I took a pledge. I signed a statement, an oath that I wouldn’t raise taxes, and I’m going adhere to it,” he said in apparent reference to the anti-tax pledge promoted by Grover Norquist, president of Americans for Tax Reform. Some key Republicans who took that pledge have indicated on the Sunday talk shows and other venues a willingness to consider tax increases, along with spending cuts, in an effort to avoid the much-discussed “fiscal cliff” of across-the-board spending cuts mandated by the budget agreement of 2011, and the tax increases that will occur without another extension of the Bush-era tax cuts, due to expire on January 1. Norquist responding on CNN’s Starting Point, dismissed talk of flexibility by anti-tax Republicans as “discussions of impure thoughts on national television.” Paul made it clear he was entertaining no such thoughts.

“Americans are already seceding from one another—ethnically, culturally, politically. Middle-class folks flee high-tax California, as Third World immigrants, legal and illegal, pour in to partake of the cornucopia of social welfare benefits.” So begins the Declaration of Independence of the 13 colonies from the king and country to which they had given allegiance since the settlers first came to Jamestown and Plymouth Rock.

The declaration was signed by 56 angry old white guys who had had enough of what the Cousins were doing to them. In seceding from the mother country, these patriots put their lives, fortunes and honor on the line.

Four score and five years later, 11 states invoked the same right “to dissolve the political bands” of the Union and form a new nation. After 620,000 had perished, the issue of a state’s right to secede was settled at Appomattox. If that right had existed, it no longer did.

What are we to make, then, of petitions from 25,000 citizens of each of seven Southern states—116,000 from Texas alone—to secede?

While no one takes this movement as seriously as men took secession in 1861, the sentiments behind it ought not to be minimized. For they bespeak a bristling hostility to the federal government and a dislike bordering on detestation of some Americans for other Americans, as deep as it was on the day Beauregard’s guns fired on Fort Sumter.

“One way of holding together such a disparate (multicultural) coalition is by delivering prosperity, so that everyone can feel he’s doing well. Failing that, another way is by identifying a common adversary–such as the ‘white male.'” James Taranto, Wall Street Journal 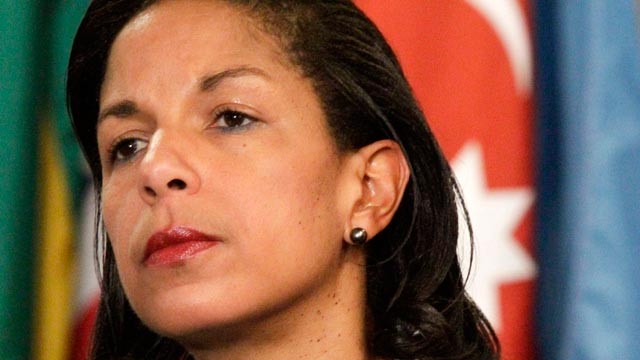 At issue is a Nov. 19 letter to the President Obama, written by Rep. Jeff Duncan of South Carolina and signed by 97 House Republicans, which declares that the signatories are “deeply troubled” that the president is considering nominating Rice secretary of state, and that they “strongly oppose” such a nomination.

“Ambassador Rice is widely viewed as having either willfully or incompetently misled the American public in the Benghazi matter,” the letter states. We noted Tuesday with some amusement that Rep. Jim Clyburn, a South Carolina Democrat and member of the Congressional Black Caucus, was claiming that “incompetent” was the latest code word for “black.”

“What I learned was the minimum that anyone must learn who puts his head into the noose of Party ‘discipline.’ The Communists automatically violated the daily practices of democracy to which I was accustomed. They attempted to control thought and suppress personal opinion. They tried to dictate personal conduct. They habitually distorted and disregarded and violated the truth. All this was crudely opposite to their claims of ‘democracy’ and the ‘scientific approach.'” Elia Kazan Despite his “colossal economic failures” and a national debt “above $16 trillion” Barack Obama was given a second term. It is not because the conservative message was wrong; it is because Obama is a master of marketing his message. Seductive and false advertising as well as outright bribery marked this man’s first term and will certainly be the hallmark of his second.

He mesmerized a misinformed or ill-informed public, convincing them that his promises would result in a piece of the pie for them. Thus, currently, “…more than half the population — 50 percent plus one — is dependent upon government benefits. For the past four years, the Obama administration has created a Franco-German welfare state whose sole purpose is to forge a majority political coalition wedded to the Democratic Party.” The explosion of food stamps, the bailouts — all translated into an ‘I got mine, not gonna’ worry about anybody else’ mentality that has ruptured this country into two camps. There are those who pay and there are those who expect the payment without any effort on their part. As David Limbaugh has written in Crimes Against Liberty, “in his monomania for socialism, Obama will brook no challenge” (388).

Which is why the 1952 piece by Elia Kazan titled “Where I Stand” needs to see the light of day again. Kazan wrote it following his appearance before the House Committee on Un-American Activities (HCUA) in 1952. It is particularly instructive as we now enter the new world of Obama socialism.

Communist activities confront the people of this country with an unprecedented and exceptionally tough problem. That is, how to protect ourselves from a dangerous and alien conspiracy and still keep the free, open, healthy way of life that gives us self-respect.

The facts I have are 16 years out of date, but they supply a small piece of background to the graver picture of communism today.

States across the nation rely on poor suckers to fund their spending. No, we’re not talking about taxpayers – we’re talking about lottery ticket purchasers. According to new studies, households earning $13,000 per year spend almost $1,170 per year on lottery tickets – 9 percent of total income. As it turns out, many people living in poverty make poor financial decisions.

Yet states rely more and more on measures that target those people. Taxes on cigarettes and alcohol disproportionately affect the poor; lotteries target the poor. None of this makes the economy any better. In fact, it impoverishes the poor even more, making them more dependent on government. Those who are spending over a thousand dollars a year on lottery tickets are likely receiving at least that much in government assistance to make up the difference.

The Governing Class and the Decline of America

Despite the overwhelming success of the Tea Party working within the Republican Party in the 2010 mid-term elections, nearly all of the Republican elites downplayed their success and fell-in with the mainstream media and the Democrats in their well-worn and gratuitous aspersions against these concerned and patriotic Americans.

The United States will not reverse its descent into the abyss of financial and societal bankruptcy until the current political and governing establishment is replaced. That will not happen until the American people, who have been deliberately ill-educated and deceived, experience first-hand the early stages of the turmoil and suffering extant in Europe and elsewhere.

While professing to care for the interests of the average person, the underlying motivation for the vast majority of the governing class or Establishment is first and foremost self-aggrandizement and the acquisition of wealth. While a few may be motivated by ideology, the preponderance are not.

There are no offices on Connecticut Avenue in Washington D.C. with signs reading “The Republican Establishment” or the “The Democratic Establishment”; rather it is an amalgam of like-minded groups with one common interest: the control of the government purse-strings and the attendant power contained within. 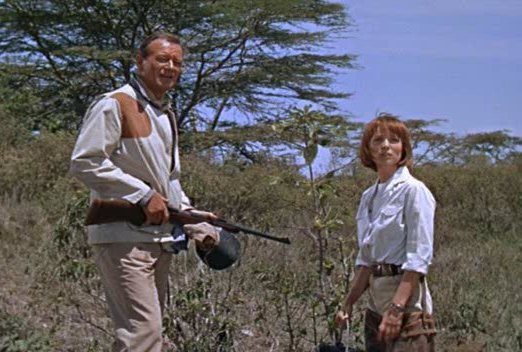 Grand Canyon Suite – On The Trail