Former SEIU local president Tyrone Freeman has been convicted of embezzling from the low-wage employees he once represented. He now faces a maximum of 180 years in prison.

Freeman was considered a rising star in the SEIU. As president of Local 6434, a statewide affiliate of the SEIU representing homecare workers, Freeman represented more than 150,000 union members. Many of the employees who make up Local 6434 make just $9 an hour, but Freeman was making $200,000 a year.

Even so, Freeman apparently felt his salary was not large enough. He used his position as local president to misdirect funds, including thousands to cover expenses incurred during his wedding in Hawaii. The union was also paying some of his personal American Express bills and the monthly bill on his Land Rover.

In addition, Freeman directed more than half a million dollars in consulting fees to a firm run by his wife. She pleaded guilty to a misdemeanor tax charge related to the funds last year.

The LA Times reports that some union members celebrated Freeman’s conviction. Raquel Toribio, who has a son with Down syndrome which requires home care, told the paper, “I’m very happy to hear Freeman’s going to pay for what he stole. It has been a long time.”

“Dr. Herbert Marcuse, the political philosopher at the University of California at San Diego, who is quite obviously a Marxist, put it very succinctly when he said, ‘We will use the anarchists.'” John Wayne

“Ask the Romans if powerful nations have ever fallen as a result of cultural division.” Charlton Heston, Actor and Former President of the National Rifle Association

“It does not require a majority to prevail, but rather an irate, tireless minority keen to set brush fires in people’s minds.” Samuel Adams

Graphic Quotes: Ted Nugent on The Real Curse in America

“The real curse in America is apathetic, disconnected, uncaring, unconscionable Americans who dare not engage in this unique, sacred experiment in self-government.” Ted Nugent

“Well, I have turned down quite a few scripts because I thought they were tinged with communistic ideas.” Gary Cooper, 23 October, 1947 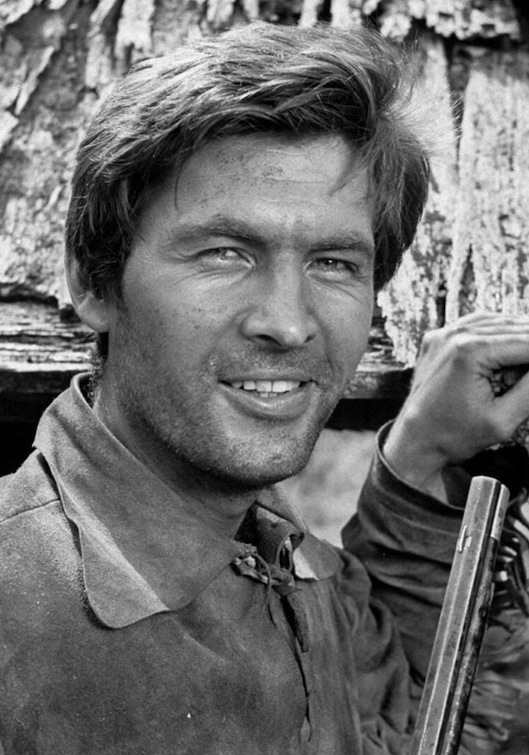 Breitbart News to Launch ‘The Conversation’

When we first sat down to redesign the website, The Conversation was always a central part of Andrew Breitbart’s vision. He loved dialogue and the free flow of ideas. He loved conversation and was a always a fierce proponent of more voices, not fewer—so don’t be surprised to read some alternative political views.

On Wednesday of this week, Breitbart News will be launching a new feature/vertical on our website called “The Conversation.” Look for it in the navigation bar.

The Conversation will be a place where our readers can watch an ongoing dialogue amongst a select group of thought leaders that includes Ace of Spades, Iowahawk, David Webb, Javier Manjarres of Shark Tank, DocZero, Nice Deb, Jerome Hudson, Lisa De Pasquale, William A. Jacobson of Legal Insurrection, and Adam Baldwin, along with John Nolte, Ben Shapiro, Larry O’Connor, Sonnie Johnson, Liberty Chick, Jon David Kahn, as well as other writers and contributors from Breitbart News.

Also, look for regular guest contributors stopping by—there are sure to be some nice surprises, and we fully expect the roster to expand and evolve—incorporating more friends and more leading voices from inside and outside the company.

Multiculturalism as practiced in the West amounts to top-down, centrally enforced and managed integration. Show me a historical precedent where forced integration has worked. As it works across the Anglo-American and European spheres, one group (the founding, historical majority) is forced by self-anointed and elected elites, on pain of public and professional ostracism, to submerge its history, heroes, customs, culture, language, and pander to militant minorities, who’ve been acculturated by the same elites in identity-politics warfare.

Ilana Mercer is a rarity.

Originality is rare in punditry these days. Every time a new narrative-of-the-day arrives, we take refuge in groupthink rather than thinking for ourselves. Not Mercer.

Originally from South Africa, she moved to Israel after authorities pressured her anti-apartheid father. Today, Mercer is one of America’s leading paleolibertarian voices. She not only has a prominent column for World Net Daily, but is the author of Into The Cannibal’s Pot, a book about what has happened to her home country over the years.

Mercer shares her views about topics ranging from political polarization to race relations.

Joseph F. Cotto: This seems like one of the most polarized eras in American politics. Why do you think that our country’s political atmosphere has become so divisive?

Ilana Mercer: I think you are correct in your assessment regarding the unparalleled polarization of American society. Have you noticed how commentators on both sides of received political wisdom attempt to diminish the fact you articulate by referring to America’s fractious history? Nevertheless, this is a complex issue that is hard to answer briefly. I’ll try. In the introduction to F.A. Hayek’s “The Road to Serfdom,” economist Milton Friedman underscores this important point: “The argument for collectivism is simple if false; it is an immediate emotional argument. The argument for individualism is subtle and sophisticated; it is an indirect rational argument.”

Underway today in the USA is a monumental clash between individualism and collectivism; between the forces of reason and reality, against force and coercion. The “philosophical” differences between the Republikeynesians, on the one hand, and the Democrats, on the other, are insignificant. The first believe individual rights should be carefully calibrated by central planners; the latter believe these natural rights can be overridden.