After U.S. District Judge Andrew Hanen issued his injunction, FWD.us, which has spent millions trying to secure massive increases in guest-worker visas in a comprehensive amnesty bill that would lower the wages of American workers, vowed that it won’t give up fighting for Obama’s executive amnesty. Murguia declared that there would be an increase in activism among Latinos, who she said will vote for those who stood against “our community” in the executive amnesty debate. The head of Facebook co-founder Mark Zuckerberg’s pro-amnesty FWD.us lobbying group (Todd Schulte) and the president of La Raza (Janet Murguia) were among those who met with President Barack Obama and other amnesty advocates at the White House on Wednesday.

Obama met with DREAMers and some of the most prominent leaders of left-wing and pro-amnesty organizations in a closed-door meeting to brief them on what the administration plans to regarding its executive amnesty program after a federal judge issued an injunction against Obama’s executive amnesty last week.

Rep. Luis Gutierrez (D-IL) on Wednesday revealed that the White House is deciding whether it has the legal authority to start implementing Obama’s executive amnesty in the 24 states that did not join the lawsuit against it. Obama, according to the White House, “highlighted that despite the Texas district court’s ruling, the Administration will continue to make progress on many components of the executive actions and is confident we will ultimately be able to implement the deferred action policies.”

Trump at CPAC: ‘Hillary was the 1st birther’

Posted on February 28, 2015 by ifnm| Comments Off on Trump at CPAC: ‘Hillary was the 1st birther’

Donald Trump assured activists at the Conservative Political Action Conference Friday that he is seriously considering a presidential bid and has no interest in any publicity stunt to boost his business or his brand on television.

The billionaire businessman said that on a scale of 100, he would peg his chances of running for the 2016 Republican presidential nomination at about 75 to 80.

In a question-and-answer session on the CPAC stage with Fox News host Sean Hannity after his speech, Trump said he still believes the computer-generated, long-form birth certificate for Barack Obama posted on the White House website April 27, 2011, is fake.

He touted his role in forcing Obama to make public his birth certificate.

Comments Off on Trump at CPAC: ‘Hillary was the 1st birther’

Posted in Donald Trump, The Clintons

The U.S. Chamber of Commerce vs. America by Michelle Malkin

Posted on February 28, 2015 by ifnm| Comments Off on The U.S. Chamber of Commerce vs. America by Michelle Malkin

The U.S. Chamber of Commerce is a politically entrenched synod of special interests. These fat cats do not represent the best interests of American entrepreneurs, American workers, American parents and students, or Americans of any race, class, or age who believe in low taxes and limited government. The chamber’s business is the big business of the Beltway, not the business of mainstream America.

If you are a business owner who believes your country should strictly and consistently enforce its borders and deport illegal immigrants who violate the terms of their visas, the U.S. Chamber of Commerce doesn’t represent you.

If you are a worker who believes that the feds should punish illegal aliens who use fake documents to obtain jobs instead of rewarding them with “legal status,” the U.S. Chamber of Commerce doesn’t champion you.

If you are a parent or educator who opposes top-down federal education schemes such as Common Core that undermine local control, dumb down rigorous curricula, and threaten family privacy while enriching big business and lobbying groups, the U.S. Chamber of Commerce doesn’t speak for you.

Comments Off on The U.S. Chamber of Commerce vs. America by Michelle Malkin

Sessions Vs. Jeb: Battle For The Soul Of The GOP

Posted on February 28, 2015 by ifnm| Comments Off on Sessions Vs. Jeb: Battle For The Soul Of The GOP

The crowd in the room cheered for Sessions. Bush, on the other hand, was booed by CPAC activists—many of whom walked out on his speech as he argued that Congress needs to grant amnesty to the millions of illegal aliens in America right now. In a surprise speech at the Conservative Political Action Conference (CPAC), Sen. Jeff Sessions (R-AL) unloaded on former Florida Gov. Jeb Bush—systematically dismantling Bush’s push for amnesty and a massive increase in guest workers from around the world.

“Right now, there are two conferences—one of them in public where candidates are out there having to speak and defend and answer questions on their views and on their positions on important issues facing America,” Sessions said to open up his remarks to the Breitbart News-sponsored meet-and-greet with CPAC activists. “Many people at this conference here and watching it from abroad are evaluating them, judging them and asking themselves whether or not their visions, their ideas, their character will be used to advance the interests of the American people and this republic—and that’s the way it ought to be.”

Comments Off on Sessions Vs. Jeb: Battle For The Soul Of The GOP

Stacie Starr won the teacher of the year award that is sponsored by the ABC TV show, LIVE: With Kelly and Michael. That was last May. 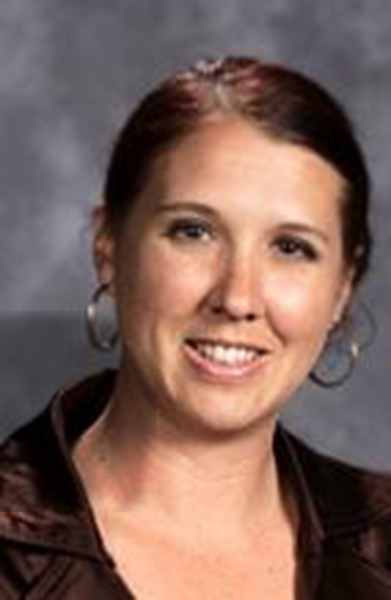 Last week, she quit teaching in the local school system. The news story is here.

Stacie Starr says mandated state testing is pushing her away from teaching.

The veteran Elyria Schools educator said Monday she plans to resign at the end of the school year.

Gasps of disbelief followed the announcement made during an education forum aimed at unraveling for parents the intricacies of the standardized testing system. Starr was at the podium, delivering a talk on how special education students are suffering under the new system based on Common Core standards and more rigorous assessments. She said as a veteran intervention specialist at Elyria High School, she could no longer watch silently from within the confines of a structured school day.

Instead, she is leaving education in the traditional sense.

“I am going to teach in a different way,” she proclaimed.

Starr wants to start an after-school mentoring program for at-risk students in hopes of saving them from the school-to-prison pipeline.

Comments Off on 2014 Teacher of the Year Quits. Reason? Common Core by Ron Paul

Comments Off on Complete Classic Movie: Tanks a Million (1941) 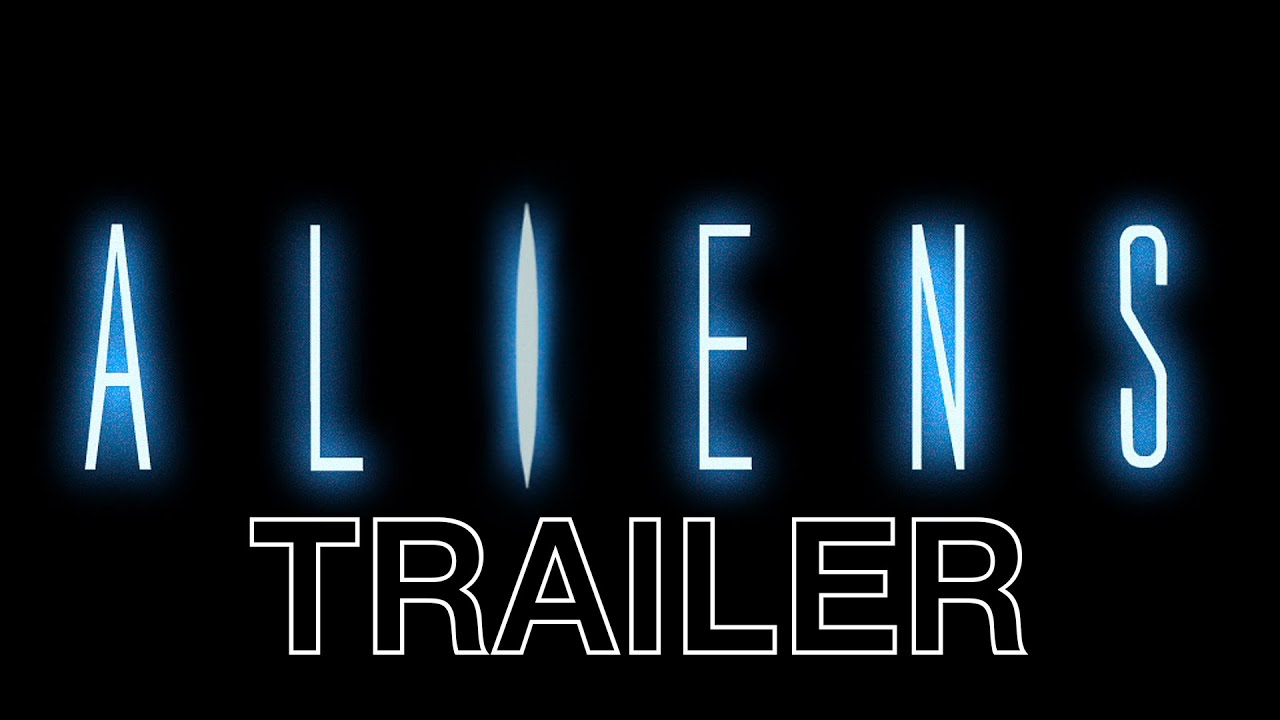 Comments Off on Aliens – Trailer

Is it a police officer’s duty to celebrate every parade? (Video)

Posted on February 27, 2015 by ifnm| Comments Off on Is it a police officer’s duty to celebrate every parade? (Video)

“I felt that by being an actual participant in the parade, I would be perceived to be supporting certain messages that were contrary to who I am,” he said. “I will protect their parade. But I just don’t want to be in the parade.”

Eric Moutsos doesn’t believe he should have to leave his personal convictions at home when he walks out the door to go to work – particularly his religious beliefs.

But his former boss, Salt Lake Police Chief Chris Burbank, says when an officer shows up to work for his department, that officer is expected to do their job. And if there is any hint that any personal biases may get in the way of doing their assigned duties, then that’s a problem.

Moutsos was placed on leave in June after allegedly trying to switch assignments to avoid participating in the city’s gay pride parade. He resigned from the force after his suspension became public.

Comments Off on Is it a police officer’s duty to celebrate every parade? (Video)

People like Patricia Arquette think we won’t realize how hypocritical they are when they say things like ‘we need to fix wage inequality.’ We realized! 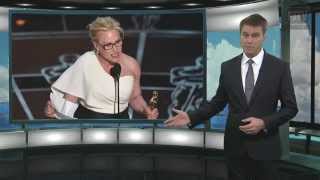 Ingraham decried the fact that “Republicans joined the Democrats at the altar of big government” and that “50 rich families” have taken control of the Republican nomination process.

One of America’s most prominent conservative commentators took the stage at a massive gathering of Republican voters — and used the platform to tear down a GOP frontrunner.

“How many of you guys are skeptical of another Bush term?” Laura Ingraham asked the crowd at the 2015 Conservative Political Action Conference Friday morning, eliciting cheers from her audience.

She spent the next 20 minutes tearing apart the “elites” that she said have propelled former Florida Gov. Jeb Bush to the forefront of the Republicans’ 2016 presidential pool.

“Why don’t we just call it quits, Jeb and Hillary [Clinton] can run on the same ticket,” Ingraham said, rattling off the similarities between the Democratic frontrunner and Bush.

Saying the candidates agree on everything from Common Core to widespread surveillance,
Ingraham proposed a slogan for the bipartisan ticket: “Clush 2016: What difference does it make?”