The vote that could wreck the European Union

Posted on April 15, 2017 by ifnm| Comments Off on The vote that could wreck the European Union

Why the French presidential election will have consequences far beyond its borders. 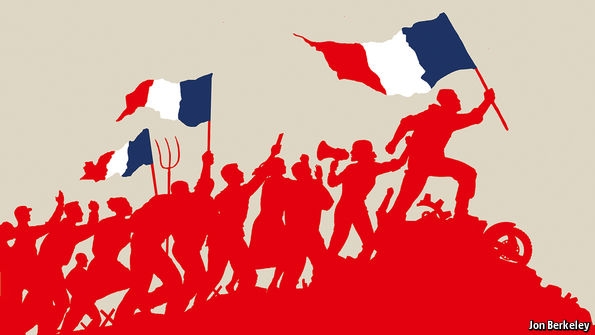 It has been many years since France last had a revolution, or even a serious attempt at reform. Stagnation, both political and economic, has been the hallmark of a country where little has changed for decades, even as power has rotated between the established parties of left and right.

Until now. This year’s presidential election, the most exciting in living memory, promises an upheaval. The Socialist and Republican parties, which have held power since the founding of the Fifth Republic in 1958, could be eliminated in the first round of a presidential ballot on April 23rd. French voters may face a choice between two insurgent candidates: Marine Le Pen, the charismatic leader of the National Front, and Emmanuel Macron, the upstart leader of a liberal movement, En Marche! (On the Move!), which he founded only last year.

The implications of these insurgencies are hard to exaggerate. They are the clearest example yet of a global trend: that the old divide between left and right is growing less important than a new one between open and closed. The resulting realignment will have reverberations far beyond France’s borders. It could revitalise the European Union, or wreck it.