In the speech, Mr Cameron drew a clear distinction between Islam the religion and what he described as “Islamist extremism” – a political ideology he said attracted people who feel “rootless” within their own countries. 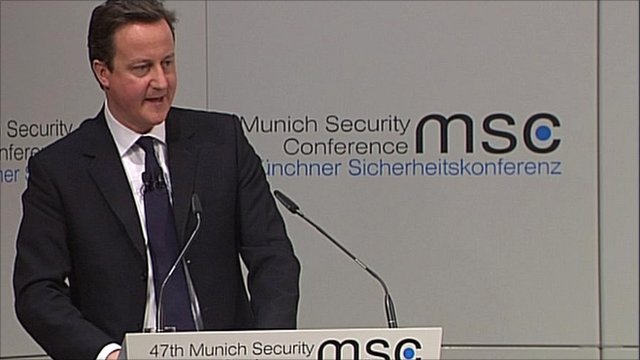 David Cameron has criticised “state multiculturalism” in his first speech as prime minister on radicalisation and the causes of terrorism.

At a security conference in Munich, he argued the UK needed a stronger national identity to prevent people turning to all kinds of extremism.

The speech angered some Muslim groups, while others queried its timing amid an English Defence League rally in the UK.

As Mr Cameron outlined his vision, he suggested there would be greater scrutiny of some Muslim groups which get public money but do little to tackle extremism.

Ministers should refuse to share platforms or engage with such groups, which should be denied access to public funds and barred from spreading their message in universities and prisons, he argued.

“Frankly, we need a lot less of the passive tolerance of recent years and much more active, muscular liberalism,” the prime minister said.

“These are the sorts of questions we need to ask. Fail these tests and the presumption should be not to engage with organisations,” he added.