Posted on April 30, 2017 by ifnm| Comments Off on Oxford University sorry for eye contact racism claim

Oxford University has apologised for saying that avoiding eye contact could be “everyday racism” after it was accused of discriminating against autistic people. 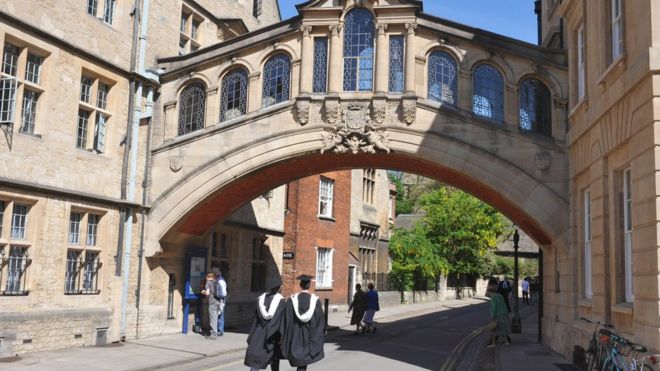 The claim was included in a list of “racial micro-aggressions” in an equality and diversity unit newsletter.

But the university was criticised for being “insensitive” to autistic people who can struggle making eye contact.

It said it had made a mistake and not taken disabilities into account.

The university originally said “racial micro-aggressions” might include: “Not making eye contact or speaking directly to people.”

It described the behaviours as “subtle, everyday racism” which can be alienating.

But Twitter users criticised the newsletter and academics argued the guidance was “trivialising racism”.

David M. Davis tweeted: “This is just discrimination against autistic people. One sign of autism is avoiding eye contact. How dare Oxford be so insensitive.”

In a series of tweets, the university replied: “We made a mistake. Our newsletter was too brief to deal adequately and sensibly with the issue.

“We are sorry that we took no account of other reasons for difference in eye contact and social interaction, including disability.

This entry was posted in Multiculturalism, Radicals. Bookmark the permalink.