Dr Brown explained: “From what we know of the Spanish chronicles, particularly attractive or gifted women were chosen. The Incas actually had someone who went out to find these young women and they were taken from their families.” 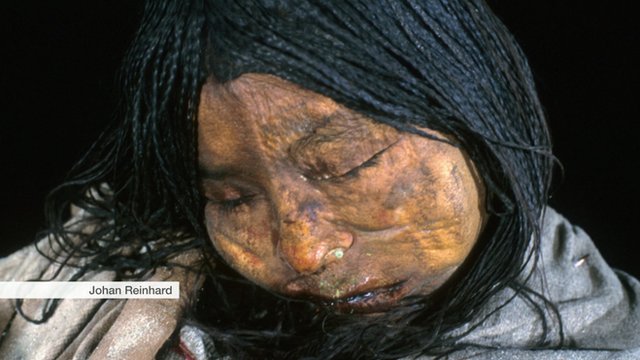 Tests on three mummies found in Argentina have shed new light on the Inca practice of child sacrifice.

Scientists have revealed that drugs and alcohol played a key part in the months and weeks leading up to the children’s deaths.

Tests on one of the children, a teenage girl, suggest that she was heavily sedated just before her demise.

The study is published in the Proceedings of the National Academy of Sciences.

Dr Emma Brown, from the department of archaeological sciences at the University of Bradford, said: “The Spanish chroniclers suggest that children were sacrificed for all kinds of reasons: important life milestones in the lives of the Incas, in times of war or natural disasters, but there was a calendar of rituals too.”

The mummified remains were discovered in 1999, entombed in a shrine near the summit of the 6,739m-high Llullaillaco volcano in Argentina.

Three children were buried there: a 13-year-old girl, and a younger boy and girl, thought to be about four or five years old.

Their remains date to about 500 years ago, during the time of the Inca empire, which dominated South America until the Europeans arrived at the end of the 15th Century.

This entry was posted in Culture, History. Bookmark the permalink.