Posted on August 2, 2021 by ifnm| Comments Off on U.S. ‘really messed it up’ in Afghanistan, says Pakistan Prime Minister Imran Khan (Video)

In just over one month, the United States will have completed its withdrawal from Afghanistan after 20 years of war. But for those two decades, Afghanistan’s eastern neighbor, Pakistan, stood accused by American and Afghan forces of supporting the Taliban. Judy Woodruff speaks with Pakistan’s Prime Minister Imran Khan about his country’s fraught relationship with the U.S. and Afghanistan.

Posted on December 19, 2017 by ifnm| Comments Off on Obama protected Hezbollah drug ring to save Iran nukes deal

“This was a policy decision, it was a systematic decision,” David Asher, who helped found the program for the Defense Department, told Politico. “They serially ripped apart this entire effort that was very well supported and resourced, and it was done from the top down.”

The Obama administration stymied a sprawling investigation into the terror group Hezbollah — and its highly lucrative drug- trafficking networks — to protect the Iran nuclear deal, according to a bombshell report.

A team at the Drug Enforcement Administration had been working for almost a decade to bring down the Iran-backed militant organization’s sophisticated $1 billion-a-year drug ring, which laundered money and smuggled cocaine into the United States, Politico reported.

But the departments of Justice and Treasury repeatedly undermined agents’ efforts to arrest and prosecute key members of the criminal network — because the Obama White House feared upsetting Tehran ahead of the nuclear agreement, according to Politico.

Former Treasury official Katherine Bauer even admitted in little-noticed testimony to the House Committee on Foreign Affairs last February that “under the Obama administration .?.?. these [Hezbollah-related] investigations were tamped down for fear of rocking the boat with Iran and jeopardizing the nuclear deal.”

Saudi princes’ five star prison: Humiliation of Saudi royals as they are photographed sleeping on bare mattresses in luxury hotel after corruption arrests as Trump says they ‘have been milking their country for years!’

Posted on November 7, 2017 by ifnm| Comments Off on Saudi princes’ five star prison: Humiliation of Saudi royals as they are photographed sleeping on bare mattresses in luxury hotel after corruption arrests as Trump says they ‘have been milking their country for years!’ Asleep on the floor of their ‘luxury’ five star prison 11 Saudi princes, government ministers and businessmen await their fate following their arrest in the biggest anti-corruption purge of the kingdom’s modern history.

In a photo obtained exclusively by DailyMail.com the men are seen gathered together at the Ritz Carlton Hotel in Riyadh, the Saudi capital, inside one of its glittering function rooms – wrapped in blankets and sleeping on thin mattresses.

Saudi sources say that among those photographed in the room are billionaire investor Prince Al-Waleed bin Talal, who is a nephew of the king, worth an estimated $18 billion and owns stakes in Twitter, Lyft and Citigroup.

The photograph was revealed as President Trump went all-in supporting the man who ordered the mass arrests, Crown prince Mohammed bin Salman, the ferociously ambitious 32-year-old heir to the throne.

In two tweets sent as he prepared to leave Japan for South Korea on a lengthy Asian tour, he said: ‘I have great confidence in King Salman and the Crown Prince of Saudi Arabia, they know exactly what they are doing….

‘….Some of those they are harshly treating have been “milking” their country for years!’

Comments Off on Saudi princes’ five star prison: Humiliation of Saudi royals as they are photographed sleeping on bare mattresses in luxury hotel after corruption arrests as Trump says they ‘have been milking their country for years!’

Why Israeli Jews are Conservative and American Jews are Leftist

Posted on September 17, 2017 by ifnm| Comments Off on Why Israeli Jews are Conservative and American Jews are Leftist

The Left lost in Israel, but still rules over American Jews.

The Israeli left as a democratic political movement is dead. That piece of bad news was delivered by a recent survey which shows that only 8% of Israeli Jews identify with the left, 55% with the center and 37% with the right.

In the last election, the establishment Labor Party had to dress up as a wolf in Zionist centrist clothing by renaming itself the Zionist Camp (it still lost). The left had to create two other fake centrist parties to stop Netanyahu, but just ended up having to roll them into his center-right coalition.

The Israeli left still controls the usual undemocratic elitist outposts of the Deep State, media, academia, popular culture and the judiciary, but it can no longer even call itself the left and still hope to win. All it can do is undermine the will of the people and sabotage the country out of selfishness and spite.

The situation in Israel stands in sharp contrast to the United States where 49 percent of Jews lean to the left, 29 percent tend to the center and only 19 percent identify as conservative.

It’s a popular and simplistic conclusion on both the left and the right to attribute this split to terrorism. But if Muslim terrorism made people move to the right, New Yorkers would all be Republicans. And until the latest Knife Jihad, the Israeli right’s policies had ended Islamic terrorism as an everyday problem.

The Syrian refugee crisis has precipitated a “catastrophic outbreak” of a flesh-eating disease that is spreading across the Middle East and North Africa, according to research published on Thursday in the scientific journal PLOS. Largely missing from news media coverage is that the same news-making scientific report warned the ongoing violence in Syria has “created a setting in which we have seen the re-emergence of polio and measles, as well as tuberculosis, hepatitis A, and other infections in Syria and among displaced Syrian refugees.”

Indeed, in 2013 the World Health Organization documented new cases of vaccine-preventable diseases such as measles, reporting that year alone the number of confirmed measles cases in Syria reached 139, as compared to no documented cases in 2010 and 2011.

The WHO reported that 2013 saw Syria’s first outbreak of polio since 1999. According to an April 2015 WHO report, 35 children were subsequently paralysed by polio before the start of a new vaccine campaign.

In November, 2014 PLOS documented the spread of measles from among the Syrian refugee population:

Measles has swept through Syria, including Aleppo and the northern regions, with over 7,000 confirmed cases. This epidemic has not spared refugees in neighboring countries, even among highly vaccinated populations. In Jordan, 24 cases of measles were reported in 2012, while over 200 cases were reported in 2013. In Lebanon, nine reported cases of measles in 2012 increased to 1,760 cases in 2013, only 13.2% of which were among Syrian refugees.

Does Trump Have a Strategy? | Syria (Video)

What are the motivations of all parties involved? Was Assad behind the chemical attack? And most importantly, is Trump insane?

Comments Off on Does Trump Have a Strategy? | Syria (Video)

Posted on April 9, 2017 by ifnm| Comments Off on Steven Gern: Taking My Stance (Video)

Who is the real enemy? 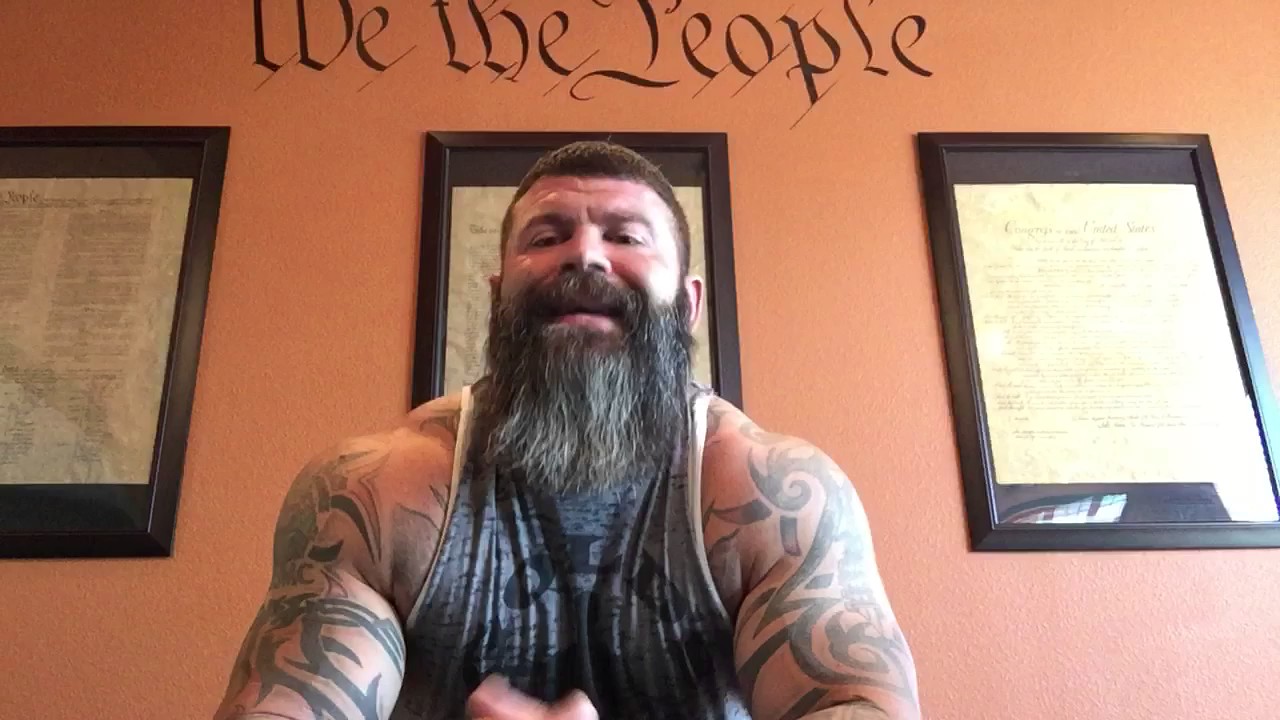 Comments Off on Steven Gern: Taking My Stance (Video)

The dark side of Dubai

Dubai was meant to be a Middle-Eastern Shangri-La, a glittering monument to Arab enterprise and western capitalism. But as hard times arrive in the city state that rose from the desert sands, an uglier story is emerging. The wide, smiling face of Sheikh Mohammed – the absolute ruler of Dubai – beams down on his creation. His image is displayed on every other building, sandwiched between the more familiar corporate rictuses of Ronald McDonald and Colonel Sanders. This man has sold Dubai to the world as the city of One Thousand and One Arabian Lights, a Shangri-La in the Middle East insulated from the dust-storms blasting across the region. He dominates the Manhattan-manqué skyline, beaming out from row after row of glass pyramids and hotels smelted into the shape of piles of golden coins. And there he stands on the tallest building in the world – a skinny spike, jabbing farther into the sky than any other human construction in history.

But something has flickered in Sheikh Mohammed’s smile. The ubiquitous cranes have paused on the skyline, as if stuck in time. There are countless buildings half-finished, seemingly abandoned. In the swankiest new constructions – like the vast Atlantis hotel, a giant pink castle built in 1,000 days for $1.5bn on its own artificial island – where rainwater is leaking from the ceilings and the tiles are falling off the roof. This Neverland was built on the Never-Never – and now the cracks are beginning to show. Suddenly it looks less like Manhattan in the sun than Iceland in the desert.

Comments Off on The dark side of Dubai

Posted on March 7, 2017 by ifnm| Comments Off on War Correspondent Says Mosul Safer for Women than Sweden

Award-winning war correspondent Magda Gad has tweeted from Mosul that the war-torn city is safer for women and more peaceful than Sweden’s capital city. “There’s no law on the Islamic veil here, and it’s safer for a lone woman to be outside than Stockholm,” the war journalist said on Twitter.

Asked by another user to clarify whether she “feel[s] safer outdoors in Iraq than Stockholm”, the Expressen reporter — who has been covering the fight against Islamic State in Iraq since June last year, said “Yep”.

Gad said Stockholm on a weekend evening is “much worse than any night in Iraq”, in response to a suggestion by the user ‘Per Anders Englund’ that it “can’t be easy being a good looking woman” in Sweden’s capital with “groping” men about.

Posted on February 6, 2017 by ifnm| Comments Off on ‘The Media Coverage on Syria is the Biggest Media Lie of our Time’ — Interview with Flemish Priest in Syria

“I speak from personal observation. And no one has to believe me, right? But I know one thing: The media can either contribute to the massacre of the Syrian people or help the Syrian people, with their media coverage. Unfortunately, there are too many followers and cowards among journalists.” 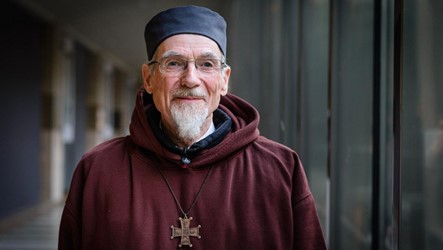 Flemish Father Daniël Maes (78) lives in Syria in the sixth-century-old Mar Yakub monastery in the city of Qara, 90 kilometers north of the capital Damascus. Father Daniel has been a witness to the “civil war” and according to him, Western reports on the conflict in Syria are very misleading. In short: “the Americans and their allies want to completely ruin the country.”

Interviewer: You are very critical of the media coverage on Syria. What is bothering you?

Father Daniel: “The idea that a popular uprising took place against President Assad is completely false. I’ve been in Qara since 2010 and I have seen with my own eyes how agitators from outside Syria organized protests against the government and recruited young people. That was filmed and aired by Al Jazeera to give the impression that a rebellion was taking place. Murders were committed by foreign terrorists, against the Sunni and Christian communities, in an effort to sow religious and ethnic discord among the Syrian people. While in my experience, the Syrian people were actually very united.

Before the war, this was a harmonious country: a secular state in which different religious communities lived side by side peacefully. There was hardly any poverty, education was free, and health care was good. It was only not possible to freely express your political views. But most people did not care about that.”