Posted on August 25, 2015 by ifnm| Comments Off on Jeb Bush heads to US-Mexico border (Video)

“I think it’s great he’s going to the border, I think he’ll now find out it’s not an act of love,” Donald J. Trump said, referring to remarks Jeb Bush made about why illegal immigrants come to the United States. “I was down on the border. It’s rough, tough, stuff. This is not love, this is other things going on.”

Bush is meeting with local officials from the area in McAllen, Texas, to discuss border security and economic issues before heading to Denver for a private event on Monday night.

Trump drew much attention during a highly publicized trip in July to nearby Laredo in southern Texas, which came on the heels of weeks of controversy surrounding his remarks on immigrants.

Comments Off on Jeb Bush heads to US-Mexico border (Video)

Posted on August 18, 2015 by ifnm| Comments Off on Trump’s immigration paper: Plainspoken truth

“If it weren’t for me,” Donald Trump told the Fox News moderators at the first Republican presidential debate, “you wouldn’t even be talking about illegal immigration.” The record-breaking audience of 24 million, which is 10 times Fox’s usual nightly viewership, had to agree.

That’s a refreshing contrast to the immigration paper recently released by Jeb Bush, who is the candidate of the big-money, big-business faction of the Republican Party. Jeb famously said illegal immigrants were guilty only of “an act of love,” and his plan would reward them with permanent “legal status” which he said must be “combined with” long-overdue measures to secure the border.

If Jeb’s candidacy falters despite the $114 million he raised, the establishment’s next choices, Sen. Marco Rubio and Ohio Gov. John Kasich, have basically similar views. Kasich said the 12 million illegals should be “legalized once we find out who they are,” and Rubio said Obama’s executive amnesty “can’t be terminated because there are already people benefiting from it.”

Rubio’s statement was made in Spanish on the Spanish-language network Univision, which is reason enough to eliminate him from serious consideration. When somebody is running for president of the United States, why should we have to get somebody to translate his remarks into English?

Posted on August 15, 2015 by ifnm| Comments Off on Cruz: Bush, Walker, Rubio Support “Amnesty,” Which Will Keep Democrats In Power Forever (Audio)

“If we’re going to have an election that turns on amnesty and the rule of law, we can’t be nominating candidates like Jeb Bush and Scott Walker and Marco Rubio, who have been vocal, aggressive, repeated proponents of amnesty for many, many years.” 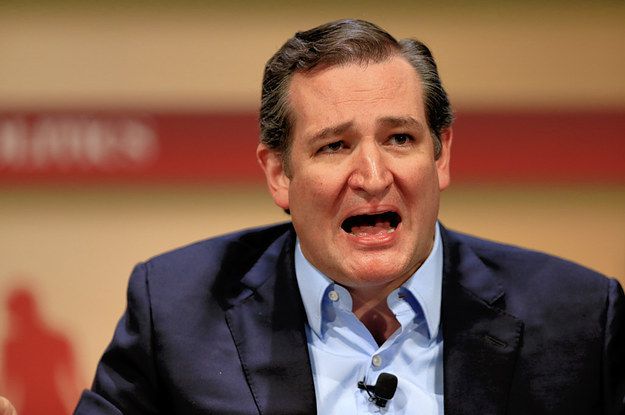 Speaking to Iowa radio host Steve Deace, Cruz argued that Obama’s strategy in seeking this goal has been to allow “millions of people to come here illegally” and then to “give them citizenship and allow them to vote to keep the Democrats in power forever.”

“There’s a reason why Barack Obama has said his objective is to fundamentally transform America. He meant that,” the Texas senator said. “And part of the way he does that is through allowing millions of people to come here illegally and then trying to grant them amnesty and give them citizenship and allow them to vote to keep the Democrats in power forever.”

Former governor of Florida was holding a town hall meeting in Las Vegas. After answering the question, an advocate began chanting the slogan. He quickly left without making a final statement or meeting the audience. Comes days after protesters from the organisation overran Bernie Sanders. Republican presidential hopeful Jeb Bush has been forced to abandon a rally early because of a protest from Black Lives Matter.

The former governor of Florida was in Las Vegas for a town hall meeting on Wednesday when he answered a question on racial inequality.

An advocate in the crowd of around 150 then started to chant their slogan, so he quickly ended his speech and left the venue without making a final statement or shaking hands with members of the audience.

The music he plays when he walks off stage is heard in the background of a video as the civil rights group keep shouting the mantra.

“Here’s the thing about Donald Trump: Donald Trump is hitting a nerve in this country. He is, he’s hitting a nerve. People are frustrated, they’re fed up, they don’t think the government is working for ’em. And for people that wanna just tune him out, they’re making a mistake.” Ohio Gov. John Kasich

Posted on August 4, 2015 by ifnm| Comments Off on Poll: Trump Crushes Bush and Walker Combined, Favorability Rockets to 52%

Because of the small sample size, there were a lot of questions surrounding Monday’s Wall Street Journal/NBC News poll that showed Donald Trump leading the Republican primary field and, interestingly enough, appearing to siphon votes away from establishment candidates like Jeb Bush and Sen. Marco Rubio. That is what you call a blow out.

The remainder of the “top ten” includes Sen. Ted Cruz (6%), Mike Huckabee (6%), Ben Carson (5%), Chris Christie (4%), Sen. Rand Paul (4%), Marco Rubio (4%), and John Kasich (3%). Carly Fiorina and Rick Perry each earn 2% and Bobby Jindal, Rick Santorum, Sen. Lindsey Graham, George Pataki, and Jim Gilmore each get 1% or less. Another 10% of GOP voters say they still are unsure who they will support for the party’s nomination.

Comments Off on Poll: Trump Crushes Bush and Walker Combined, Favorability Rockets to 52%

Warns ‘not good for the country’.

The real estate mogul said the former Florida governor, who spent the weekend raising money in the Hamptons, could not be independent from the influence of cash.

“They control Bush, 100 percent control him,” Trump said Tuesday on “The Laura Ingraham Show.” “He will do whatever they want him to, and a lot of those things are not good for the country.”

Bush on Saturday addressed a group of chief executives and hedge fund managers — half of whom were Democrats — and walked away with a bundle of cash for his Republican presidential bid.

“I know all of those guys … these are people that when they give money, they expect a lot in return, and they are Wall Street guys, mostly, and you have insurance guys, too … they want to make money,” Trump told Ingraham. “I probably know everybody at the party.”

“If it’s Jeb or Rubio, I am voting for Trump; I’ll write his name in.” Ann Coulter

Comments Off on Video: A Special Evening with Ann Coulter — 7/16/15

Coulter: Trump Made a Mistake, But Jeb’s and Rubio’s Mistakes Are Worse (Video)

Posted on July 19, 2015 by ifnm| Comments Off on Coulter: Trump Made a Mistake, But Jeb’s and Rubio’s Mistakes Are Worse (Video)

Coulter also mocked the Huffington Post for refusing to cover Trump in their politics section, and wondered if they would keep doing so “when he becomes he president.”

On Saturday’s broadcast of the Fox News Channel’s “Justice with Judge Jeanine,” columnist author of “Adios, America,” Ann Coulter responded to Donald Trump’s Sen. John McCain comments, saying it was his first mistake, as opposed to Hillary Clinton, who “makes one a day.”

While Coulter acknowledged Trump’s mistake, she maintained that he knew it was a “dumb thing to say” and “took it back right away.” Coulter added that Trump’s mistake was his first, as opposed to Hillary Clinton, who makes “one a day.” And that Trump’s mistake wasn’t as bad as Jeb Bush giving drivers licenses to 13 of the 19 9/11 hijackers, or Sen. Marco Rubio “lying about opposing amnesty,” but then “spending three years pushing it,” because, those are “big consequential mistakes.” Later, Coulter argued that it “looks silly” for other candidates to pounce on Trump for his remarks, and asked for more denunciation of the government’s immigration policies and their role in the deaths of five servicemen in Tennessee and Kate Steinle in San Francisco.

After host Judge Pirro asked why Trump has received so much backlash, Coulter replied that it is because he is the frontrunner in ratings and because of his strong stance on immigration.

Comments Off on Coulter: Trump Made a Mistake, But Jeb’s and Rubio’s Mistakes Are Worse (Video)

Trump: ‘If I Were President, Iran Would Have Released US Prisoners’ (Video)

Posted on July 16, 2015 by ifnm| Comments Off on Trump: ‘If I Were President, Iran Would Have Released US Prisoners’ (Video)

“These guys are babies.” Donald Trump Donald Trump spoke to Sean Hannity in a wide-ranging interview about the Iranian nuclear deal, Jeb Bush and Hillary Clinton.

Trump told Sean Hannity that he thinks the Iran nuclear deal is “ridiculous.”

“The whole thing is a disgrace that a deal like this could be signed,” Trump said. “This is amateur night, I’ve never seen anything like it.”

He also questioned why the administration didn’t secure the release of the four American prisoners as part of this agreement.

Trump said if he were president, the American hostages in Iran would have been released.

“It’s a simple thing, we want our prisoners back,” Trump stated. “These are four people who shouldn’t be there anyway.”

He asserted that Iran is taunting America by keeping those prisoners and not releasing them.

Comments Off on Trump: ‘If I Were President, Iran Would Have Released US Prisoners’ (Video)