UK Housing Crisis: Half of All New Homes Will Go to Migrants

Posted on April 21, 2017 by ifnm| Comments Off on UK Housing Crisis: Half of All New Homes Will Go to Migrants

Almost half of all new houses built in the UK over the next five years will go to migrants, meaning an extra home will need to be constructed every five minutes. The extra 5.3 million new properties are needed as the UK’s population continues to boom. Up to 2.4 million houses will go to migrants, the Department for Communities and Local Government claimed.

Over the next 22 years, therefore, Britain will need to house up to 243,000 new households every year, according to the statistics. Net ­migration accounts for an estimated 45 per cent of this growth.

The figures were presented to the House of Lords in response to a question put by Lord Green of Deddington, Chairman of Migration Watch, which campaigns for lower levels of migration.

Lord Green told the Upper House: “To put the point slightly more dramatically, that would mean building a new home every five minutes night and day, for new arrivals until such a time as we can get those numbers down.

“I know there is a strong view in the House that there is a lot to be said for migration. All I am pointing out is that there are also costs.”

Comments Off on UK Housing Crisis: Half of All New Homes Will Go to Migrants

Posted on April 7, 2017 by ifnm| Comments Off on ‘Child Refugees’ Rampage, ‘Demolish’ Housing Over Lack of Game Consoles

Young Somalis in Mecklenburg-West Pomerania have “demolished” their kitchen and living quarters during a violent “rampage” in which they demanded PlayStations and more pocket money. Four teenagers have been separated and sent to other residences for ‘unaccompanied minors’ after their violent rampage forced a staff member of the facility to flee to his office, where the 44-year-old locked himself in and called for police help.

The migrants had only been in Germany for two weeks when they became violent, threatening to beat the member of staff tasked with their care unless he fulfilled demands including giving the teens game consoles, more pocket money, and moving them to accommodation in a bigger city.

The Somalis, who are reportedly between the ages of 15 and 17, destroyed most of the furniture and “demolished” the kitchen in their taxpayer-funded living quarters.

According to Parchimer Zeitung, the youths were still rioting when police arrived, forcing police to put them in handcuffs while the situation could calm down.

The German newspaper stated that the four unaccompanied minors will be held responsible for the property damage caused, and attempted blackmail of officials.

Jan Buchholz, who runs the accommodation in Dargelütz, was reportedly taken aback by the violence as the Somalis had only been living there for two weeks, having been sent back to Germany from Scandinavian countries under the Dublin agreement.

Comments Off on ‘Child Refugees’ Rampage, ‘Demolish’ Housing Over Lack of Game Consoles

Posted on November 29, 2016 by ifnm| Comments Off on Low-income families going upscale at taxpayer expense The Obama administration is changing the program through which very low-income families are paid rent subsidies at taxpayer expense so they can live in more upscale neighborhoods.

“Today, we embark upon a new approach to offer more choice and greater opportunity for families struggling to find a decent place to call home,” Castro said. “Moving to this approach will offer these voucher-holding families more opportunities to move into higher opportunity neighborhoods with better housing, better schools and higher paying jobs.”

The Washington watchdog Judicial Watch said the final rule change was recently announced in the Federal Register by the Department of Housing and Urban Development, which “annually spends tens of billions on rent for the poor.”

It is the Housing Choice Voucher program that is being changed.

It will let beneficiaries of the taxpayer grants “choose housing in the private market,” and it will have the government pay subsidies based on local circumstances.

“Under the new rule, which goes into effect in January, fair market rents will now be calculated by zip code so Uncle Sam will pay a lot more for people to live in nicer areas,” Judicial Watch said.

Comments Off on Low-income families going upscale at taxpayer expense

Posted on July 29, 2016 by ifnm| Comments Off on Government Agency Spent Millions on Public Relations Campaign to Improve Image

These are the same officials who hired a fake certified public accountant as chief financial officer and put him in charge of Ginnie Mae’s $1.5 trillion mortgage portfolio. Top officials at the Government National Mortgage Association spent $3.9 million on a public relations campaign designed to create positive images for themselves, including a magazine piece on how one of them avoided obesity.

“The majority of the charges related to Ginnie Mae’s president, Theodore W. Tozer, and its former executive vice president, Mary K. Kinney,” the inspector general said. “This activity did not clearly meet the [rules] for allowable public relations and advertising costs.”

The inspector general added emphasis, saying, “Ginnie Mae guarantees mortgage-backed securities of government-insured loans. These securities are issued by approved private lending institutions … Therefore, media outreach initiatives to promote members of its senior staff, particularly articles that do not pertain specifically to the work of Ginnie Mae, may not have been reasonable or necessary.”

Posted on April 28, 2016 by ifnm| Comments Off on Wells Fargo admits monstrous guilt, no one goes to jail (Video)

Wells Fargo just settled a lawsuit with the US Department of Justice, where they admitted, acknowledged, and accepted responsibility for having falsely certified that many of its home loans qualified for Federal Housing Administration insurance between 2001 and 2008. For that, they will only have to pay a $1.2 billion fine, which is a fraction of their quarterly earnings. Not one executive will go to jail. The Resident discusses. 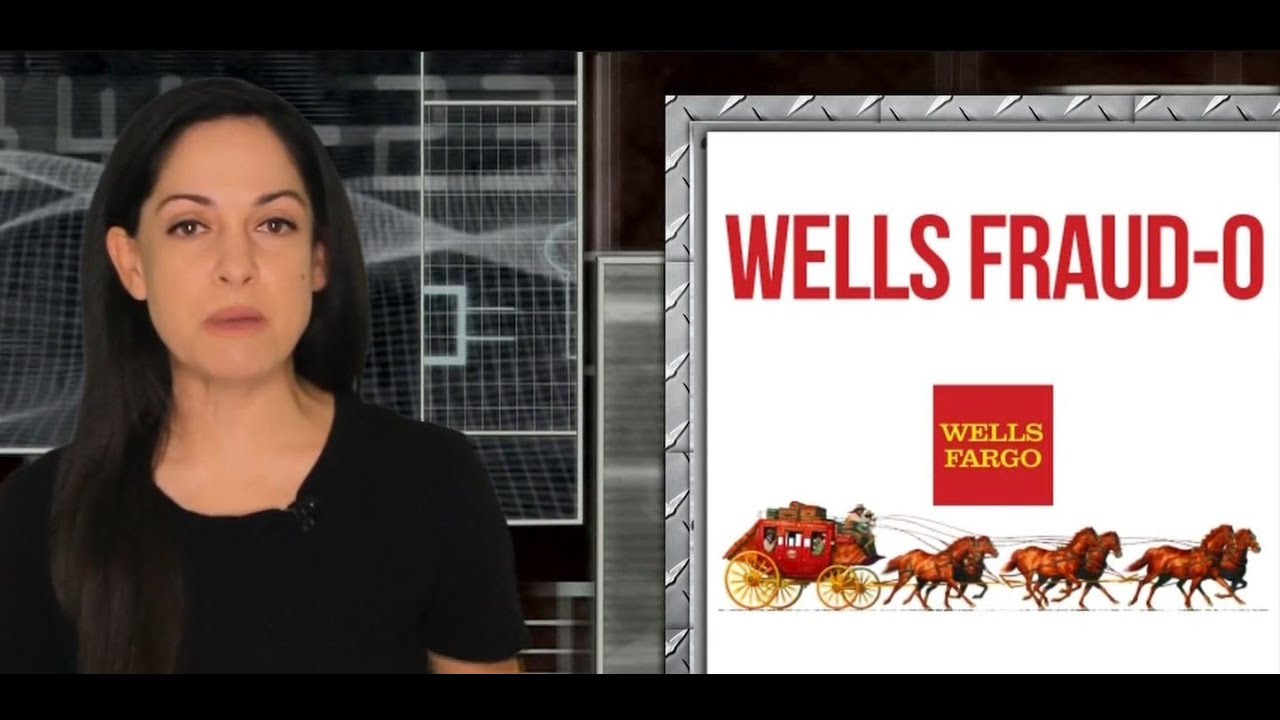 Comments Off on Wells Fargo admits monstrous guilt, no one goes to jail (Video)

Obama cozies up to criminals with new power grab

Posted on April 10, 2016 by ifnm| Comments Off on Obama cozies up to criminals with new power grab

Horowitz: “Now that Obama has pursued a comprehensive strategy of delegitimizing our culture of law and order and is promoting criminal rights, he is infringing upon property rights of landlords who wish to protect their property from violent criminals.”

The Obama administration has demonstrated over and over again that lawlessness begets lawlessness. When government abdicates its core responsibility of maintaining security and preserving liberty, it creates a vacuum for infringements on that liberty. Now that Obama has pursued a comprehensive strategy of delegitimizing our culture of law and order and is promoting criminal rights, he is infringing upon property rights of landlords who wish to protect their property from violent criminals.

It’s no surprise that coinciding with Obama’s announcement of more clemencies for federal felons was a stern warning issued this morning to landlords who deny rentals to those with criminal records. While the Fair Housing Act does not regulate a landlord’s discretion to deny rentals based on criminal record, the Department of Housing and Urban Development (HUD) is asserting that because of the alleged racial disparities in the criminal justice system, it is within their right to bar landlords from using criminal records as a criteria for turning down prospective tenants.

Posted on March 24, 2016 by ifnm| Comments Off on $250K Per Year Salary Could Qualify For Subsidized Housing Under New Palo Alto Proposal

“We have people struggling to make it at a quarter-million dollars a year,” Bean said. “That’s a terrible thing.”

Palo Alto is seeking housing solutions for residents who are not among the Silicon Valley region’s super-rich, but who also earn more than the threshhold to qualify for affordable housing programs.

The city council has voted to study a housing proposal that would essentially subsidize new housing for what qualifies as middle-class nowadays, families making from $150,000 to $250,000 a year.

The plan would focus on building smaller, downtown units for people who live near transit and don’t own cars, along with mixed-use retail and residential developments.

Sky-rocketing housing prices in Palo Alto have left some in limbo; with teachers, firefighters and other government workers not earning enough to afford cost of living.

Randy Bean says while she still loves her Palo Alto neighborhood, she can’t help but notice the changes that are making it unrecognizable.

“I just find it kind of sad that we are reducing ourselves to this small profile of young, rich, mostly white, mostly tech. It’s not the community that I moved into 33 years ago,” Bean said.

Coming to your suburb: The ghettos

Posted on December 29, 2015 by ifnm| Comments Off on Coming to your suburb: The ghettos The Housing Authority of Baltimore City is secretly relocating Section 8 subsidized housing families from the inner city into suburban homes – and some critics are charging it is part of a plan to deliberately cause damage to the communities there.

“They’re going to be destroying every suburb that they move into, just as they’ve done the inner cities,” said Jesse Lee Peterson. “This is ‘forced diversity.’”

The “forced diversity” to which Peterson objects has been pursued by the Obama administration in several ways, from new regulations putting the federal government’s thumb on the pulse of local zoning actions to immigrant programs that have dumped illegal aliens, both from south of the border as well as the Middle East, into American cities without so much as a notification to the local governor or mayor.

Critics have cited it as a goal of socialist-minded and left-leaning interests who want to assure themselves of power in the federal government for the foreseeable future through the electoral process. The inner cities, with their heavily government-dependent populations, already reliably vote Democrat. Critics charge that moving large numbers of dependent populations into suburbs and other areas is intended to change the voting nature of those populations.

Comments Off on Coming to your suburb: The ghettos

Posted on December 2, 2015 by ifnm| Comments Off on Gov’t Watchdog: HUD’s Financial Books Are Impossible To Audit

The IG can’t audit $19.8 billion in Ginnie Mae’s purse “because of the inaccurate reporting from its budgetary system,” the report says. Specifically, Ginnie Mae — a HUD agency — is missing documents needed to audit the funds.

A government watchdog says it can’t audit billions in Department of Housing and Urban Development (HUD) spending because the agency’s financial books are kept so poorly.

HUD’s financial statements and systems are missing records, inaccurate and sometimes even violated federal laws, according to a HUD inspector general report released Monday. Included among the programs with useless financial accounting records is nearly $20 billion at the Government National Mortgage Association.

Comments Off on Gov’t Watchdog: HUD’s Financial Books Are Impossible To Audit

Ultra-Rich Are Now Breaking Into the Real Estate Market (Video)

Posted on October 17, 2015 by ifnm| Comments Off on Ultra-Rich Are Now Breaking Into the Real Estate Market (Video)