Complete Classic Movie: The Wreck of the Mary Deare (1959)

Stars: Gary Cooper, Charlton Heston, Michael Redgrave. A disgraced merchant marine officer elects to stay aboard his sinking cargo ship in order to prove the vessel was deliberately scuttled and, as a result, vindicate his good name.

Click here to watch The Wreck of the Mary Deare.

Comments Off on Complete Classic Movie: The Wreck of the Mary Deare (1959)

Posted on May 30, 2017 by ifnm| Comments Off on Polish Prime Minister Beata Szydlo against immigrants (Video)

Posted on May 30, 2017 by ifnm| Comments Off on MSM Silent As Texas Repub. Claims Democrat Threatened His Life On House Floor

On Facebook, Rinaldi writes that the altercation took place, “after I called ICE on several illegal immigrants who held signs in the gallery which said ‘I am illegal and here to say.’”

“Several Democrats encouraged the [protesters] to disobey law enforcement,” he continues. “When I told the Democrats I called ICE, Representative Ramon Romero physically assaulted me, and other Democrats were held back by colleagues. During that time Poncho told me that he would ‘get me on the way to my car.’”

“He later approached me and reiterated that ‘I had to leave at some point, and he would get me.’ I made it clear that if he attempted to, in his words, ‘get me,’ I would shoot him in self defense.”

Rinaldi goes on to state that he is “currently under DPS protection” and states that several of his colleagues can attest to Poncho uttering the threats.”

Comments Off on MSM Silent As Texas Repub. Claims Democrat Threatened His Life On House Floor

Posted on May 30, 2017 by ifnm| Comments Off on Venezuela opposition accuses Goldman Sachs of financing dictatorship

“Given the unconstitutional nature of Nicolas Maduro’s administration, its unwillingness to hold democratic elections and its systematic violation of human rights, I am dismayed that Goldman Sachs decided to enter this transaction.” 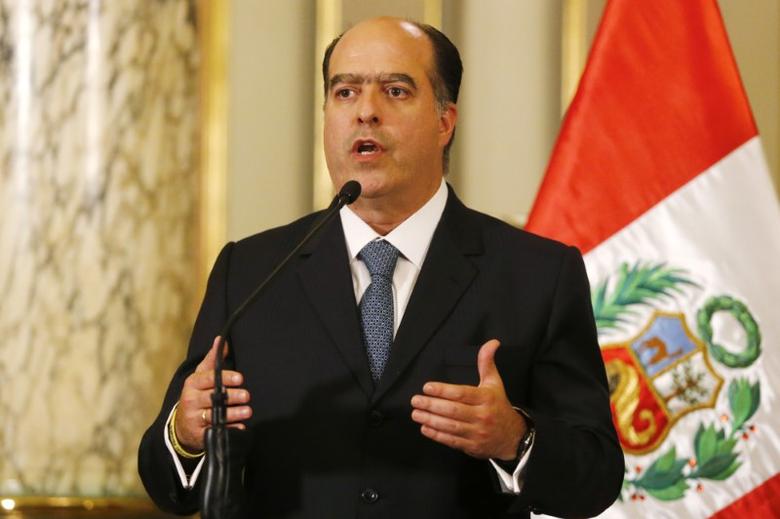 The president of Venezuela’s opposition-run Congress on Monday accused Wall Street investment bank Goldman Sachs of “aiding and abetting the country’s dictatorial regime” following a report that it had bought $2.8 billion in bonds from the cash-strapped country.

The Wall Street Journal on Sunday said Goldman paid 31 cents on the dollar for bonds issued by state oil company PDVSA that mature in 2022, or around $865 million, citing five people familiar with the transaction.

That comes as two months of opposition protests against President Nicolas Maduro have killed almost 60 people and the collapse of the country’s socialist economy has left millions of people struggling to eat.

“Goldman Sachs’ financial lifeline to the regime will serve to strengthen the brutal repression unleashed against the hundreds of thousands of Venezuelans peacefully protesting for political change in the country,” wrote Julio Borges in a letter to Goldman Sachs President Lloyd Blankfein.

South Africa is on the verge of destruction under its corrupt, racist, communist regime, Foreign Correspondent Alex Newman reports. Communism kills. And as The New American has been warning for decades, South Africa is not immune. In fact, it appears to be on the brink of unprecedented chaos as the communists and communist-linked rulers–which very much included Mandela–step up their incitement to genocide, their stealing of land, and their socialization of the economy. While the media refuses to report it, the facts are undeniable.

Ted Nugent: There’s ‘no limit to what I’d be willing to do to help make this country great’ (Video)

Posted on May 30, 2017 by ifnm| Comments Off on Ted Nugent: There’s ‘no limit to what I’d be willing to do to help make this country great’ (Video)

“I’m a hell raiser,” he said. “I’m what the Founding Fathers wanted all Americans to be…and it’s all about the Constitution, the Bill of Rights, the Ten Commandants, the Golden Rule, being the best that you can be, earning you’re own way.”

Ted Nugent is ready to serve his country whether that’s in office or as a musician.

The outspoken rock guitarist addressed rumors that began swirling in February that he planned to run for Senate in 2018.

“Well, I’m a terminal ‘we the people American patriot’ and I think I’m doing the most important political job in the world and that is participating in the scared experiment of self government and demanding constitutional accountability from our elected employees,” he said on “Fox & Friends.”

He added, “There’s no limit to what I’d be willing to do to help make this country great.”

He’s still mulling over a possible run for Senate and has been discussing his options with his “Republican friends.”

Comments Off on Ted Nugent: There’s ‘no limit to what I’d be willing to do to help make this country great’ (Video)

Posted on May 30, 2017 by ifnm| Comments Off on Report: Shia LaBeouf Hit With $5M Lawsuit After Calling Bartender A “F*cking Racist B*tch” (Video)

A bartender filmed having an intense argument with a belligerent Shia LaBeouf is reportedly suing the actor for calling him a “f*cking racist b*tch.”

The court documents reportedly allege that LaBeouf flew into a fit of rage, slamming his fist on the bar and entering an ’employees only’ area behind the counter.

Bernstein reportedly alleges that he was forced to brandish a bottle of Grey Goose as if it were a weapon in case LaBeouf got violent.

LaBeouf is further accused of shouting that Bernstein was a “f*cking racist b*tch” in an effort to upset bystanders in the bar and nearby bowling alley, who were mostly African-American.

Posted on May 30, 2017 by ifnm| Comments Off on California Fracking Boom Set to Lift U.S. Production to New Record

The California Division of Conservation has received a 543 percent increase in “Oil & Gas Notices” this year, as a Golden State fracking is set to lift the U.S. to a production record. Although California has some of America’s best shale formations for hydraulic fracturing, the oil drilling technique requires 1 to 13 million gallons of water. Due to the five-year drought, California missed the initial boom, but the combination of record rainfall, record snowpack, and full reservoirs this year has positioned California to lead the next leg of the fracking boom.

2014: Inside Obama’s Secret Outreach to Russia

The U.S. has been working behind the scenes for months to forge a new working relationship with Russia, even enlisting Henry Kissinger. 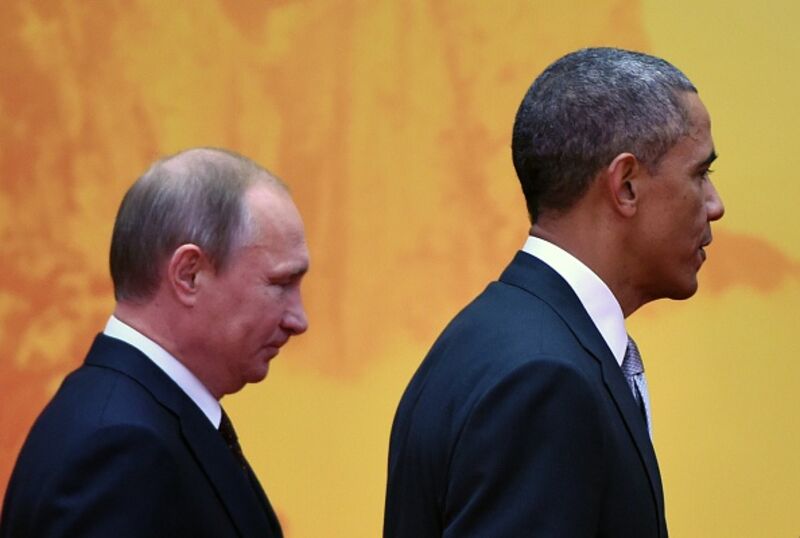 President Barack Obama’s administration has been working behind the scenes for months to forge a new working relationship with Russia, despite the fact that Russian President Vladimir Putin has shown little interest in repairing relations with Washington or halting his aggression in neighboring Ukraine.

This month, Obama’s National Security Council finished an extensive and comprehensive review of U.S policy toward Russia that included dozens of meetings and input from the State Department, Defense Department and several other agencies, according to three senior administration officials. At the end of the sometimes-contentious process, Obama made a decision to continue to look for ways to work with Russia on a host of bilateral and international issues while also offering Putin a way out of the stalemate over the crisis in Ukraine.

“I don’t think that anybody at this point is under the impression that a wholesale reset of our relationship is possible at this time, but we might as well test out what they are actually willing to do,” a senior administration official told me. “Our theory of this all along has been, let’s see what’s there. Regardless of the likelihood of success.”

Comments Off on 2014: Inside Obama’s Secret Outreach to Russia