Posted on July 30, 2016 by ifnm| Comments Off on Donald Trump’s Path to Victory

Donald Trump’s RNC speech wasn’t “dark.” It wasn’t about “spreading fear.” It was simply the truth. And Hillary’s vision of America is pure fraud, fiction and fantasy. This morning revealed the proof…and the wreckage.

Two more policeman shot, one killed (in San Diego). Donald’s version of America is correct — there is a war on police under Obama.

And the economy isn’t in recovery. It’s in free fall- just as Trump warned. The Fed announced 2nd quarter GDP this morning at a disastrous 1.2 percent. Just as Trump reported- the economy is on the verge of collapse under Obama.

Donald Trump isn’t “dark.” He’s just telling the truth. He’s warning us before it’s too late- we re in crisis, the sky is in fact falling. Donald is a modern day Paul Revere.

Hillary made it clear last night she supports Obama’s version of America. She is officially running for a 3rd term of Obama. She is promising more of the same policies as Obama. She is Obama- Part Duex.

Great! Let’s brand her with it. Start morphing the two lovebirds into #OBAMAHILLARY.

Make them into the same person. Make Hillary own Obama and his miserable results. Make this election a referendum on the Obama-Hillary economy.

Comments Off on Donald Trump’s Path to Victory

Stars: Charlton Heston, Jack Hawkins, Stephen Boyd. When a Jewish prince is betrayed and sent into slavery by a Roman friend, he regains his freedom and comes back for revenge. Comments Off on Alice Cooper – Elected

Posted on July 29, 2016 by ifnm| Comments Off on Justice Department Knew of IRS Scandal 2 Years Before Congress but Did Nothing

That the administration sat on the information for two years before deciding not to prosecute is “par for the course and, frankly, the stench is overwhelming” said Rep. Tim Huelskamp, R-Kan. Recently unearthed documents reveal that the FBI knew the IRS was unfairly targeting groups because of their conservative politics two years before Congress even heard about the agency’s misconduct.

The revelation has already added fodder to the conservative case to impeach the current IRS Commissioner John Koskinen.

Almost 300 pages of documents released Thursday and obtained by Judicial Watch through the Freedom of Information Act confirm that the IRS subjected conservative groups to increased scrutiny beginning in 2011.

Even though the FBI uncovered the scandal in 2011, the documents show, the Department of Justice chose not to act.

In interviews with FBI agents, IRS officials said that a Cincinnati branch of their agency targeted conservative groups.

“Cincinnati was categorizing cases based on name and ideology, not just activity,” Nancy Marks, a senior official at the IRS, told the FBI. That was in the summer of 2011. The public wouldn’t learn of the scandal until May 2013.

Philadelphia vs. Cleveland: Divided we Stand by Pat Buchanan

Posted on July 29, 2016 by ifnm| Comments Off on Philadelphia vs. Cleveland: Divided we Stand by Pat Buchanan

America is being ‘pulled apart’ in ‘clash of visions’ between GOP, Dems. 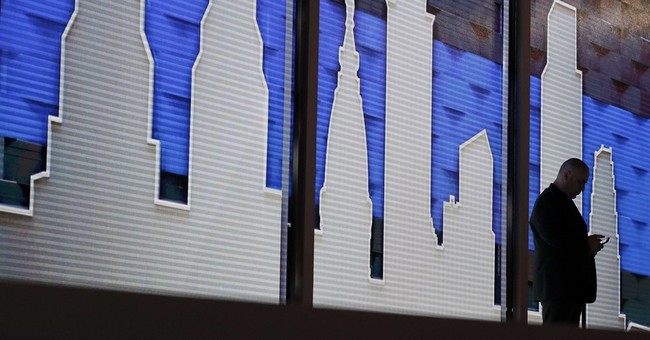 Wednesday was the best night of Hillary Clinton’s campaign.

Joe Biden, Tim Kaine and Barack Obama testified to her greatness and goodness and readiness to be president. And all saw in the Republican Convention in Cleveland a festival of darkness and dystopia.

Nor is this unusual. For, as the saying goes, the ins “point with pride,” while the outs “view with alarm.”

Yet the clash of visions between Cleveland and Philadelphia is stark. We appear to be two separate and hostile peoples, living apart in two separate Americas.

Obama’s America is a country of all races, creeds, colors, lifestyles, a kumbayah country to be made more wonderful still when Clinton takes the helm.

The message from Cleveland: Cry the beloved country. America has lost her way. She is in peril. A new captain is needed. A new course must be set if America is to find her way home again.

Which portrayal is the truer? Which vision of America do her people believe corresponds more closely to the reality of their daily lives?

Do Americans share Philadelphia’s belief in Clinton’s greatness and in the magisterial achievements of the Obama presidency?

Comments Off on Philadelphia vs. Cleveland: Divided we Stand by Pat Buchanan

Democratic Party Suffers Nervous Breakdown In Philly: The Inside Story

Posted on July 29, 2016 by ifnm| Comments Off on Democratic Party Suffers Nervous Breakdown In Philly: The Inside Story The Democratic National Convention was almost literally a disaster area.

Bernie Sanders suspended all party rules on the floor of the convention to personally nominate Hillary Clinton by a voice vote. Left-wing protesters rampaged in the streets. Pro-Bernie delegates walked off the convention floor in protest. Agitators seized the mainstream media’s control center against an outnumbered police force. Speakers were booed. Green Party candidate Jill Stein crashed the event and emerged as the new Bernie Sanders in the general election. A man set himself on fire stomping on a burning American flag.

Breitbart News special correspondents rode into Philly as the Wikileaks DNC email revelations rocked the city and the world. The DNC rigged the primary fight for Hillary Clinton, actively colluding against Bernie Sanders. And Bernie just sat in his balcony underneath the Bloomberg Politics banner and smiled and took it.

“He wants to divide us from the rest of the world,” she said, pushing globalism against Trump’s nationalism.

“We will not ban a religion,” she said. She loudly ranted at awkward times in her speech, like when she was reciting the job titles of teachers and doctors and police officers (etc. etc.) who can fix the country in addition to Trump, who said that “I alone can fix it.”

Comments Off on Democratic Party Suffers Nervous Breakdown In Philly: The Inside Story 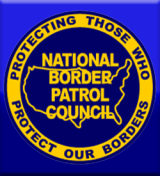 “Clinton’s call for amnesty in her first 100 days and expanding these dangerous policies demonstrates her deeply alarming willingness to sell out the security of American families to advance her political or financial interests. Her immigration plan is not only dangerous for all American families, but previews an administration that will once again defy the will of the voters and Congress…” the statement said.

This promise of amnesty is already encouraging more people to cross the southern border.

“We are already seeing a massive influx of activity on our southern border. Secretary Clinton’s very candidacy, and the amnesty she promises, is luring families into the U.S. and wrecking innocent lives,” the NBPC wrote.

Posted on July 29, 2016 by ifnm| Comments Off on Government Agency Spent Millions on Public Relations Campaign to Improve Image

These are the same officials who hired a fake certified public accountant as chief financial officer and put him in charge of Ginnie Mae’s $1.5 trillion mortgage portfolio. Top officials at the Government National Mortgage Association spent $3.9 million on a public relations campaign designed to create positive images for themselves, including a magazine piece on how one of them avoided obesity.

“The majority of the charges related to Ginnie Mae’s president, Theodore W. Tozer, and its former executive vice president, Mary K. Kinney,” the inspector general said. “This activity did not clearly meet the [rules] for allowable public relations and advertising costs.”

The inspector general added emphasis, saying, “Ginnie Mae guarantees mortgage-backed securities of government-insured loans. These securities are issued by approved private lending institutions … Therefore, media outreach initiatives to promote members of its senior staff, particularly articles that do not pertain specifically to the work of Ginnie Mae, may not have been reasonable or necessary.”

While organisers portray the epic journey as a chance to ignite public enthusiasm, repeated security incidents have turned the torch into a symbol of the organizational glitches and social discontent overshadowing South America’s first Olympics.

Violent clashes between police and protesters during the Olympic torch relay have cast a shadow over the Rio Games, while a threatened metro strike raised fears of travel chaos.

Eight days before the opening ceremony, organisers are scrambling to put the final pieces in place. But even as athletes including Jamaican sprinting star Usain Bolt arrived, new woes kept piling up.

The latest concern was a threat by metro employees to strike from August 4, the eve of the Olympics, if they don’t get a 9.83 per cent salary raise. The metro will be vital in moving the 500,000 tourists expected to attend the Summer Games.

There was more bad news on Thursday (AEST) when an angry crowd blocked the Olympic torch parade through Angra dos Reis, a coastal resort south of Rio.

Crowds protesting lack of public transport and nearly bankrupt Rio state’s late payment of salaries attacked the procession and were driven off by police using tear gas and rubber bullets.

Welcome to the Communist Party, U.S.A.

How Hillary’s scary speech revealed her mistake in wearing a white pants suit to her coronation.

Wearing a white pantsuit, Hillary Clinton plodded out on stage to accept the nomination that she had schemed, plotted, lied, cheated, rigged and eventually fixed a series of elections to obtain.

Then she claimed that she was accepting the nomination of a race she had rigged with “humility”.

Humility is not the first word that comes to mind when thinking of Hillary Clinton. It is not even the last word. It is not in the Hillary dictionary at all. But this convention was a desperate effort to humanize Hillary. Everyone, including her philandering husband and dilettante daughter, down to assorted people she had met at one point, were brought up on stage to testify that she really is a very nice person.

This wasn’t a convention. It was a series of character witnesses for a woman with no character. It was an extensive apology for the Left’s radical agenda cloaked in fake patriotism and celebrity adulation.

Comments Off on Welcome to the Communist Party, U.S.A.