Tom Tancredo: Oath to Defend America Made Optional Because It Could Reduce Muslim Immigration

Posted on June 29, 2016 by ifnm| Comments Off on Tom Tancredo: Oath to Defend America Made Optional Because It Could Reduce Muslim Immigration Tancredo explained that, in July of 2015, the US Citizenship and Immigration Service (USCIS, sometimes shortened by Tancredo to USIS) “decided there was part of the Oath of Allegiance that has been taken by millions, and millions, and millions of immigrants into this country. It’s the last thing they have to do before actually getting their citizenship” that should be made optional. It was the part of the oath in which immigrants promised, “If called upon, I will indeed take up arms to defend the United States of America.”

“They have told immigrants now – the next 18 million that are in the pipeline – they do not have to take that part of the oath. It’s still in there, but they’ve said it’s optional; you don’t have to swear,” said Tancredo.

He noted this change was made without permission from Congress, for reasons USIS has yet to disclose. “Where the hell was Congress? Where is Congress?” Tancredo asked. “Where has Congress been, over and over and over again, in these kinds of issues? They just simply did it.”

Comments Off on Tom Tancredo: Oath to Defend America Made Optional Because It Could Reduce Muslim Immigration 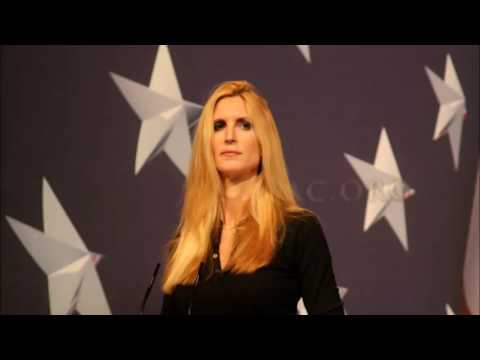 Opioids, which have been dangerously over-prescribed in the U.S. medical system for more than a decade, should be monitored more carefully by doctors, particularly primary care doctors who are prescribing the pills for simple maladies such as back pain. 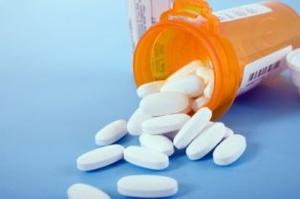 But the trial before Circuit Court Judge Michael Noble that ended late Tuesday afternoon was about something much bigger than one doctor making a mistake, or the health care system he works for failing to monitor the drugs he delivered to his patients.

For seven days, the nation’s opioid-abuse epidemic was on trial.

After hearing evidence that Brian Koon, a city parks employee, had been prescribed more than 37,000 pain pills between 2008 and 2012 at levels far above those recommended by the Centers for Disease Control and Prevention and other experts, a jury of eight women and four men awarded $1.4 million to Koon and an additional $1.2 million for his wife.

“One year of Trump rocketing to the nomination on immigration, and Republicans are finally starting to learn.” Ann Coulter Merkel’s Worst Nightmare: Germany calls for Referendum as ‘people want to be free of EU

Posted on June 29, 2016 by ifnm| Comments Off on Merkel’s Worst Nightmare: Germany calls for Referendum as ‘people want to be free of EU

Beleaguered Angela Merkel is facing calls for a referendum to free German people of “EU slavery” in the wake of Britain’s sensational decision to cut ties with Brussels. Far right figures in Alternative for Germany have promised to call their own vote if they clutch power in country’s general election in autumn next year.

A party spokesman branded Brussels a “bureaucracy monster”, before adding: “Next year the AfD will enter the German parliament and Dexit will be top on our agenda”.

They called the vote a Dexit as it stands for a Deutschland exit from the EU.

Eurosceptism has swept across the continent after the people of Britain backed Brexit in the historic EU referendum on June 23.

George Pazderski of Berlin AfD Berlin AfD added: “Germans must decided on staying in the EU.

“The AfD is the only part which speaks out clearly in favour of them deciding.”

Party leader Frauke Petry, who caused controversy earlier this year when she called on German police to open fire on illegal immigrations, reacted with delight at Britain’s decision to sever ties with Brussels.

She said: “This is the chance for a new Europe, one which maintains partnerships and respected national sovereignties.

Comments Off on Merkel’s Worst Nightmare: Germany calls for Referendum as ‘people want to be free of EU

Q&A: Ted Nugent on Donald Trump, the media, brain-dead Green Day and the spirit of America

Posted on June 29, 2016 by ifnm| Comments Off on Q&A: Ted Nugent on Donald Trump, the media, brain-dead Green Day and the spirit of America

“Trump represents the ultimate anti-status-quo suckerpunch. Bernie and Hillary are all about bribing gullible losers to vote for the big scam that they can get other’s earnings all the while making America weaker and weaker. How pathetic.”

Q: I know you’ve been a very vocal Trump supporter, and it is a big election year. If you had a chance to talk an undecided voter into Trump, what would you say?

A: I say it all the time: Trump represents the ultimate anti-status-quo suckerpunch. Bernie and Hillary are all about bribing gullible losers to vote for the big scam that they can get other’s earnings all the while making America weaker and weaker. How pathetic.

A: Lord have mercy, I could write “Gone with the Wind” on this answer, but I will keep it simple and concise. The culture war in America can best be described by the battle between workin’ hard, playin’ hard s–tkickers that bust our ass to make America strong by earning our own way and kickin’ maximum ass versus soulless weaklings who have been brainwashed into thinking they are entitled to a free ride.

What the hell is social justice? What sort of fool can imagine income equality as dictated by bureaucrats and government thugs? I dare anyone to attempt to explain those drug-inspired fantasies in meaningful terms. There are multi-scatterings of various and associated issues and concerns, but it all boils down to accountable people versus those unwilling to be accountable. Absolutely heartbreaking.

Comments Off on Q&A: Ted Nugent on Donald Trump, the media, brain-dead Green Day and the spirit of America Comments Off on Sharyl Attkisson: Obama and Clinton Lied to the Public, ‘Impeded the Investigation’

Posted on June 28, 2016 by ifnm| Comments Off on Iran Executes Pet Dogs In Order To Counter ‘Vulgar Western Culture’

Mohsen Boosaidi, the prosecutor for the Iranian town of Shahin Share, directed his officers to round-up the town’s pet dogs under the guise that they were being taken to the veterinarian for vaccinations. But as many owners would later find out, the dogs were actually being killed.

“They came in and took away our dogs under the pretext of vaccination. Ever since our dog was taken away, you only hear the sound of crying and sobbing in our house,” said one unnamed dog owner to Iran’s Shahrvand newspaper.

He explained that the officers identified themselves as veterinary practice workers, even providing official documentation to the owner. He was told the animal could be picked up at the local vet’s office, but no record of the animal was found when the owner went to check.

Posted on June 28, 2016 by ifnm| Comments Off on “The Peasants are Revolting” w/ guest Dr. Bill Warner – Intellectual Froglegs (Video)

Happy Independence Day to our friends over in Great Britain. The historical significance of this is huge. Far-Left ideology has failed again. Their ideology, socialism, marxism, liberalism, whatever the Label du Jour —it fails because it defies human nature. Always.

And there are indeed similarities between ourselves and our British friends… Both countries have come under the rule of far left radicals with their Iron Fisted Diversity and intolerant tolerance. They are “The Progressives”… or so they like to be called, but Global Parasites are more like it.

And the Clintons are among those at the top of the food chain.

Like our European friends, this radical left ideology has also intentionally overloaded our already incompetent immigration system with middle eastern muslims. These poorly educated, victims of inbred genetic happenstance are trained in hatred for Israel and America. Their freaking favorite song is “Death to America!”