Posted on May 30, 2016 by ifnm| Comments Off on Politico: Hillary Clinton in Death Spiral Toward Defeat It’s a terrifying moment for Democrats: Hillary Clinton’s double-digit lead in national polls has evaporated and panic is beginning to set in. Polls now show Donald Trump ahead of Clinton, or at worst only a few points behind. During the insanity of the Republican primary, it was easy for them to believe that Trump could never be president—that in a general election, mainstream voters would regard him as an absurdity. But Clinton remains a shaky candidate with historically high negatives, an email scandal that keeps getting worse and a stubborn primary opponent whose supporters may yet become a midsummer nightmare in Philadelphia. Meanwhile, the Republicans, seemingly in all-out civil war just weeks ago, have quickly fallen in line. Democrats are resigning themselves to a tough, ugly, painful and expensive street fight.

The numbers offer some reassurance for Democrats—but also some bad news.

The reassurance is that the recent polls probably don’t mean much. Trump’s current surge is likely driven by Republican voters coalescing around their nominee, and Clinton will almost certainly get a similar bump when Bernie Sanders lets go and Democratic voters return to the fold. Most pundits believe 2016 is still Clinton’s race to lose.

Comments Off on Politico: Hillary Clinton in Death Spiral Toward Defeat

Tomi Lahren: Go ahead and Vote for Hillary (Video)

Posted on May 30, 2016 by ifnm| Comments Off on Tomi Lahren: Go ahead and Vote for Hillary (Video)

To all those on an anti-Trump tirade…

Comments Off on Tomi Lahren: Go ahead and Vote for Hillary (Video) 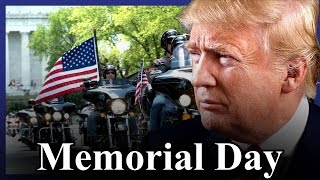 Posted on May 30, 2016 by ifnm| Comments Off on Memorial Day Rolling Thunder (Video)

When you hear the “Thunder” rolling through, it should be a reminder of those who have passed and those who are still unaccounted for, all because they took the oath for our freedom. #HonorThem this #MemorialDay and come out to support them, May 26th, at 1200 in the North lot of the Pentagon. 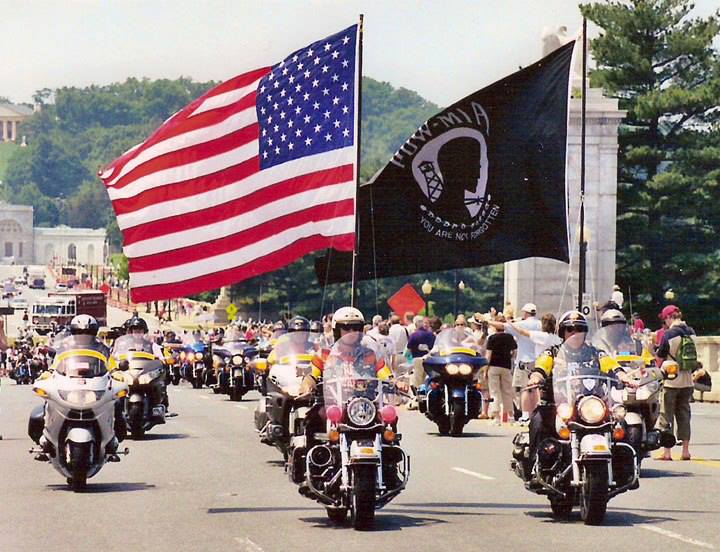 Comments Off on Banned Cartoon – Popeye and Betty Boop – 1933

Posted on May 29, 2016 by ifnm| Comments Off on Fury as vandals and looters desecrate veterans graveyards and historic battlefields across three states on Memorial Day weekend

A Vietnam War memorial in the Venice area of Los Angeles has been extensively defaced by graffiti. In Kentucky, a driver deliberately drove across grave sites marked by white wooden crosses. Looters ripped up parts of Virginia’s Petersburg National Battlefield in an apparent search for relics. Memorials to veterans in a Los Angeles neighborhood and a town in Kentucky, as well as a Civil War veterans cemetery in Virginia, were damaged as the nation prepares to mark Memorial Day, officials said.

A Vietnam War memorial in the Venice area of Los Angeles has been extensively defaced by graffiti.

The vandalism occurred sometime during the past week, KCAL/KCBS-TV reported.

The homespun memorial painted on a block-long wall on Pacific Avenue lists the names of American service members missing in action or otherwise unaccounted for in Southeast Asia.

News of the vandalism came as another veterans-related memorial was reported damaged in Henderson, Kentucky.

Police say a Memorial Day cross display there that honors the names of 5,000 veterans of conflicts dating back to the Revolutionary War has been damaged by a driver who plowed through the crosses early Saturday.

Anthony Burrus, 27, was arrested in connection with the incident that took place early on Saturday morning. Roughly 160 crosses were knocked down and about 20 were destroyed.

The vehicle Burrus was driving, a 1979 Ford Thunderbird, was found with pieces of a cross and ground stake embedded in the tires.

“Something startling is happening to middle-aged white Americans. Unlike every other age group, unlike every other racial and ethnic group … death rates in this group have been rising, not falling.”

The big new killers of middle-aged white folks? Alcoholic liver disease, overdoses of heroin and opioids, and suicides. So wrote Gina Kolata in the New York Times of a stunning study by the husband-wife team of Nobel laureate Angus Deaton and Anne Case.

Deaton could cite but one parallel to this social disaster: “Only HIV/AIDS in contemporary times has done anything like this.”

Middle-aged whites are four times as likely as middle-aged blacks to kill themselves. Their fitness levels are falling as they suffer rising levels of physical pain, emotional stress and mental depression, which helps explain the alcohol and drug addiction.

But what explains the social disaster of white Middle America?

First, an economy where, though at or near full employment, a huge slice of the labor force has dropped out. Second, the real wages of working Americans have been nearly stagnant for decades.

Two major contributors to the economic decline of the white working-class: Scores of millions of Third World immigrants, here legally and illegally, who depress U.S. wages, and tens of thousands of factories and millions of jobs shipped abroad under the label of “globalization.”

Comments Off on Trump: ‘The Great White Hope’ by Pat Buchanan

Posted on May 29, 2016 by ifnm| Comments Off on Captured: Laughing ISIS child rapist who bought sex slaves

Green- and blue-eyed girls fetched most money at Mosul bazaar.

An ISIS rapist who was filmed laughing as he bartered for Yazidi women at a “slave market” has been captured by Iraqi Kurd forces, it has been reported.

The 2014 clip from Mosul, Iraq, shows the ISIS militant negotiating the price of the girls from the Iraqi ethnic minority with traders.

Blue and green-eyed young girls fetch a higher price at what one of the men dubs “slave market day”.

The footage begins with this man saying to the camera: “Today is the slave market day.”

Posted on May 29, 2016 by ifnm| Comments Off on Acapulco, a once booming tourist destination now riddled with police, guns and violence (Video)

“There are 300 paid killers on the costera,” the underworld figure said, gesturing expansively over plates of fried fish and shrimp. At least one other bodyguard was nearby. “A decent killer makes about 5,000 pesos ($275) a week.”

Along with beach towels or sandals, there’s a new popular beach accessory that says a lot about the violence gripping this once-glamorous resort: a small black leather tote hanging from the neck or shoulders of some men. It’s not a man-bag, exactly; it holds a small pistol.

“When I saw you guys standing outside my office, I almost went for my bag,” said one businessman who lives in terror after getting death threats and extortion demands by criminal gangs at his office four blocks from the water. “I’m in fear for my life.”

Death can strike anywhere in Acapulco these days: A sarong vendor was slain on the beach in January by a gunman who escaped on a Jet Ski. Another man was gunned down while enjoying a beer at a seaside restaurant. In the hillside slums that ring the city, a 15-year-old girl’s body was found chopped into pieces and wrapped in a blanket, her severed head in a bucket nearby with a hand-lettered sign from a drug gang.

Comments Off on Acapulco, a once booming tourist destination now riddled with police, guns and violence (Video)