Instead of integrating into the United States’ civilization, the two brothers failed to keep pace with local cultural norms of hard work, truth telling, trust and politeness. They retreated into their parents’ vibrant Chechen diversity, which celebrates banditry, macho aggression and the killing of enemies.

Boston bomber Dzhokhar Tsarnaev is going to find out sooner than he expected whether jihadis get 72 virgins or 72 white grapes.

The experiment was announced today by Attorney General Eric Holder.

“After consideration of the relevant facts, the applicable regulations and the submissions made by the defendant’s counsel, I have determined that the United States will seek the death penalty in this matter,” Holder announced. “The nature of the conduct at issue and the resultant harm compel this decision.”

The jihadi and his brother detonated two homemade bombs in the heart of progressive Boston, at the April 15, 2013, culmination of an upper-class festival of vitality dubbed the “Boston Marathon.”

The Tsarnaev brothers, who were invited to live in the United States and to marry American women by the nice people in Boston, repaid the kindness by murdering three of their supposed peers. “This is clearly a case of selective prosecution for one of the most common things done during elections, which is to get people to raise money for you,” Dershowitz told Newsmax. “If they went after everyone who did this, there would be no room in jails for murderers.”

D’Souza was indicted last week for making illegal political contributions in the names of others. News of his felony arrest prompted ”Schindler’s List” producer Gerald Molen to say, “I never had the thought that I had reason to think I had to look over my shoulder until now.”

If you boil frogs, they tend to notice and hop out of the hot water; but if you gradually turn up the heat, they don’t notice and get boiled anyway. Join Bill Whittle, as he examines how our society has become the boiling water, and how we stayed in the water because it was so incremental. Our freedoms, everything we hold dear, seems in jeopardy now–how will we be judged by the countless soldiers, and arguers for liberty, from our country’s history?

David Horowitz has a new organization called “Go For the Heart,” a 501c4, which will employ Horowitz’s ‘turn the guns around on them strategy’ toward the Democrats and their cronies who enable bad legislation and policies that have proved disastrous to those it is intended to help.

Go For the Heart’s first offering, a sixty second web spot called “Atrocity,” pulls no punches in an attempt to focus the tragedy of failing public schools on those he sees as responsible for the ongoing and dismal failures of these schools: Democrats and the Teachers Unions that support them.

In this hard hitting ad, we see inner city school kids, mainly black and Hispanic, who are doomed to a merry go round of limited opportunities, generational poverty, and worse, due to high drop-out rates. For the children who do make it to graduation, the prognosis is equally bleak.

Horowitz says, “A significant percentage of black and Hispanic students who do manage to graduate are unable to read their own diplomas. Overall, black high-school graduates are four academic years behind their white counterparts in achievement levels.”

He also says that until people stop propping up the politicians and institutions that perpetuate these outcomes on inner city school children, the problems will continue to metastasize.

Priebus went on to name current and former MSNBC hosts Alec Baldwin, Martin Bashir, Melissa Harris-Perry, Alex Wagner, and Ronan Farrow as examples of individuals who have had a “troubling streak” of demeaning Americans with their comments

Republican National Committee Chairman Reince Priebus is calling on all elected Republican officials, strategists and pundits to not appear on MSNBC, following a Wednesday night tweet implying Republicans are racist.

“Maybe the rightwing will hate it, but everyone else will go awww: the adorable new #Cheerios ad w/ biracial family…” the tweet read with a link to the ad, before it was later deleted.

According to Priebus, the tweet is part of an unacceptable pattern.

“While we understand MSNBC will go to great lengths to discredit Republicans and conservatives, this kind of attack on the millions of Americans who identify with the political right is offensive and unacceptable. Unfortunately, this tweet is just the latest in a pattern of poor statements by MSNBC and its hosts,” Priebus wrote in a memo sent to all Republican elected officials, strategists, surrogates, and pundits.

He added that he has sent a letter to MSNBC president Phil Griffin demanding he personally apologize and take responsibility “for the disgusting tweet.”

Jean Merilyn Simmons, OBE (31 January 1929 – 22 January 2010) was a British actress. One of J. Arthur Rank’s ‘well-spoken young starlets,’ she appeared predominantly in films, beginning with those made in Great Britain during and after the Second World War, followed mainly by Hollywood films from 1950 onwards.

Stars: Clint Eastwood, Hal Holbrook, Mitch Ryan, David Soul, Tim Matheson, Kip Niven, Robert Urich, Felton Perry. Dirty Harry is on the trail of vigilante cops who are not above going beyond the law to kill the city’s undesirables. 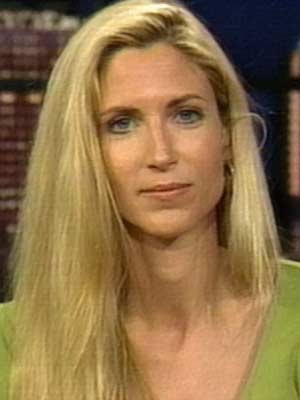 As House Republicans prepare to sell out the country on immigration this week, Phyllis Schlafly has produced a stunning report on how immigration is changing the country. The report is still embargoed, but someone slipped me a copy, and it’s too important to wait.

Leave aside the harm cheap labor being dumped on the country does to the millions of unemployed Americans. What does it mean for the Republican Party?

Immigrants – all immigrants – have always been the bulwark of the Democratic Party. For one thing, recent arrivals tend to be poor and in need of government assistance. Also, they’re coming from societies that are far more left-wing than our own. History shows that, rather than fleeing those policies, they bring their cultures with them. (Look at what New Yorkers did to Vermont.)

This is not a secret. For at least a century, there’s never been a period when a majority of immigrants weren’t Democrats.