PJTV: Mankind Went to the Moon and All I Got Was Facebook

Are you living the future you were promised? Instead of Moon and Mars colonies, we have iPads and smart phones. Is that really a bad thing? Could Google and communication advances be improvements beyond our imagination? Find out on this Trifecta.

Paulette Goddard (June 3, 1910 – April 23, 1990) was an American film actress. A child fashion model and a performer in several Broadway productions as a Ziegfeld Girl, she became a major star of the Paramount Studio in the 1940s. Goddard was nominated for an Academy Award for Best Supporting Actress for her performance in 1943’s So Proudly We Hail! (1943). 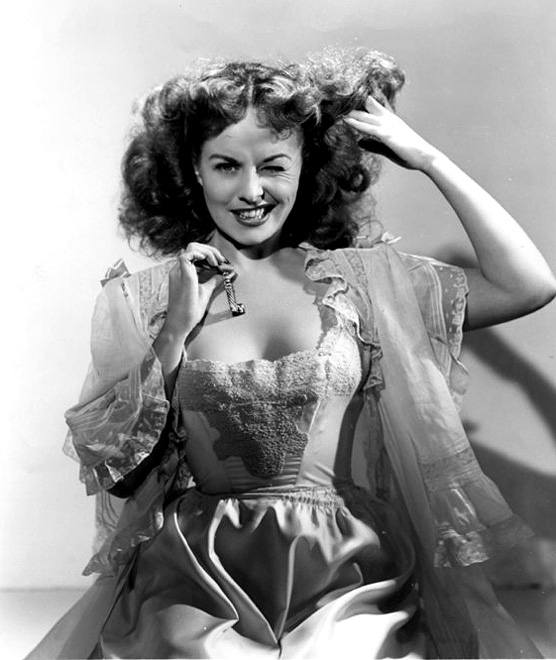 YouTube statistics analysts at SocialBlade recorded the dramatic loss of views, after YouTube conducted an audit of its viewing figures to combat hackers building the numbers of views or likes on a YouTube video. Record companies representing stars like Rihanna, Justin Biber and Alicia Keys may not be as popular as they hoped – as YouTube wiped two billion “fake views” from their channels on the site video sharing site.

According to The Daily Dot, Universal Music’s artists lost the most views, including singers such as will.i.am and Nicki Minaj, as the company lost one billion of its seven billion views.

Sony/BMG now has a tiny total number of views, a mere 2.3 million.

The Daily Dot reported that other notable channels affected include the ones belonging to Michael Jackson, Chris Brown, Beyoncé, and Avril Lavigne.

Is it time to consider civil disobedience? by Joseph Farah

The tea party accomplished much during 2010. But it wasn’t the kind of long-lasting change we expected. Even the tea party was co-opted by politicians and those chasing the almighty dollar. But it began with all the best intentions as a grass-roots movement free of self-interested leaders. Those who did the hard organizational work simply wanted to save their country from the abyss.

Americans can sit by and watch government ignore the Constitution and all the principles that made the country great.

In fact, it might be time to resort to civil disobedience in defense of the Constitution.

While I’d like to see millions of tea-party activists back out in the street as we saw in 2010, perhaps we need to do more than hold placards and sing songs. Maybe we need to stage sit-ins like Martin Luther King did. Maybe we need to submit ourselves to arrest by the tens of thousands, overwhelming the injustice system.

Beginning with an explanation of why the post-Cold War New World Order is rapidly breaking apart, Victor Davis Hanson sees a world where nations are returning to the ancient passions, rivalries, and differences of past centuries. In light of this world transformation, Hanson looks at key challenges the United States faces around the globe: in Europe, Asia, Russia, Mexico, and Iran.

Obama & The Black Liberation Theology Of The Church He Attended (Video)

Barack Obama’s pastor, Rev. Jeremiah Wright, has defended himself against charges of anti-Americanism and racism by referring to his foundational philosophy, the “black liberation theology” of scholars such as James Cone, who regard Jesus Christ as a “black messiah” and blacks as “the chosen people” who will only accept a god who assists their aim of destroying the “white enemy.”

The Immortals also sowed the seeds of one of the biggest challenges to the Party’s authority. They entrusted some of the key assets of the state to their children, many of whom became wealthy. It was the beginning of a new elite class, now known as princelings.

Lying in a Beijing military hospital in 1990, General Wang Zhen told a visitor he felt betrayed. Decades after he risked his life fighting for an egalitarian utopia, the ideals he held as one of Communist China’s founding fathers were being undermined by the capitalist ways of his children — business leaders in finance, aviation and computers.

“Turtle eggs,” he said to the visiting well-wisher, using a slang term for bastards. “I don’t acknowledge them as my sons.”

Two of the sons now are planning to turn a valley in northwestern China where their father once saved Mao Zedong’s army from starvation into a $1.6 billion tourist attraction. The resort in Nanniwan would have a revolution-era theme and tourist-friendly versions of the cave homes in which cadres once sheltered from the cold.

One son behind the project, Wang Jun, helped build two of the country’s biggest state-owned empires: Citic (6030) Group Corp., the state-run investment behemoth that was the first company to sell bonds abroad since the revolution; and China Poly Group Corp., once an arm of the military, that sold weapons and drilled for oil in Africa.

Today, the 71-year-old Wang Jun is considered the godfather of golf in China. He’s also chairman of a Hong Kong-listed company that jointly controls a pawnshop operator and of a firm providing back-office technology services to Chinese police, customs and banks.

‘We Have Passed That Point of No Return’: Ron Paul Explains What’s Missing in The ‘Fiscal Cliff’ Talks

“They are so they so far removed from admitting the seriousness of this crisis and if they don’t admit it, they can’t solve the problem. They’re like a bunch of drug addicts that just want another fix. That’s what they are looking for,” he concluded.

Even if Congress manages to come up with a solution to avert the “fiscal cliff,” a combination of year-end tax increases and spending cuts, it won’t be worth anything because it’ll probably only deal with tax rates and ignore the problem of runaway government spending, or so say Texas Congressman and former presidential candidate Ron Paul.

“I think we have passed that point of no return where we can actually get our house in order,” Rep. Paul said Friday on CNBC. “I believe there is too much bipartisanship on the spending. Nobody is talking about cutting any spending.”

“Republicans and Democrats,” he continued, “they pretend they’re fighting up there, but they really aren’t. They’re arguing over power, spin, and who looks good, and who looks bad, but they’re all trying to preserve this system where they can spend what they want, take care of their friends, and let the Fed print money when they need it.”

However, that’s not to say Rep. Paul doesn’t believe U.S. lawmakers will come up with temporary solutions to things like the “cliff.”

“[It’ll be] sort of like — how many times have they had a ‘solution’ for the Greece crisis? About ten or 15 times?” the congressman asked, referring to the eurozone’s most unstable and financially broken member.

“The Disneyland Story” was first broadcast in the USA on October 27, 1954. It is the very first episode of Disney’s long-running anthology series, then entitled Disneyland after the theme park on which the show was based. The Supreme Court denied a request by Hobby Lobby, a Christian-owned company, to shield the company from the controversial contraceptive mandate. Justice Sonia Sotomayor rejected a request for an emergency injunction that would have shielded employers from the mandate. Hobby Lobby could face fines of up to $1.3 million a day if they do not comply to the Obama mandate.

And Hobby Lobby has indeed announced that they will not comply with the mandate.

Yet, as Laura Ingraham pointed out, in a previous case Sotomayor ruled for a Muslim inmate who was denied Ramadan meals. In Ford v. McGinnis, 352 F.3d 582 (2d Cir. 2003), Sotomayor wrote an opinion that reversed a district court decision holding that a Muslim inmate’s First Amendment rights had not been violated because the holiday feast that he was denied was not a mandatory one in Islam. Sotomayor held that the inmate’s First Amendment’s rights were violated because the feast was subjectively important to the inmate’s practice of Islam.

Forcing Catholics to violate their religion is unimportant, but allowing a Muslim to maintain an optional practice is.